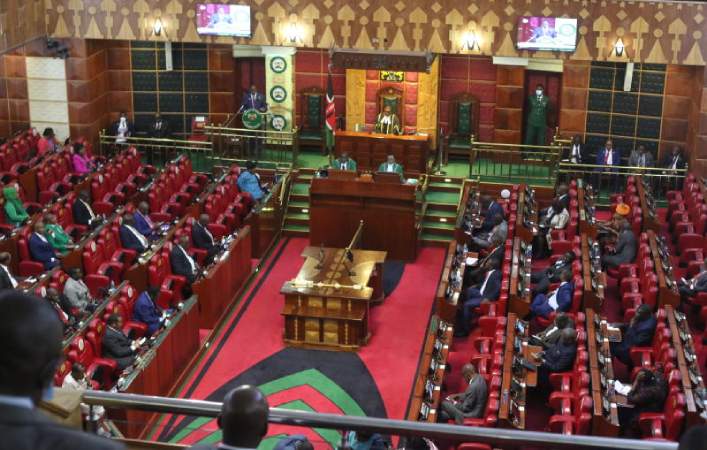 Since the 2013 elections, Parliament, especially the National Assembly, has been losing many of its outstanding members as MPs shift focus to the governor position, which is the second most coveted slot after the presidency, thanks to the power and money that comes with it.

Even at a glance, it is clear that these were well-grounded professionals with a track record of experience in the government, academia, law, politics or business.

Whenever they rose to debate on or initiate any Bill or Motion, they ensured they had comprehensively researched and compiled facts on the subject matter. This made debate in the House illuminating even to ordinary folks.

One just needs to compare the National Assembly and Senate, where some such as James Orengo, Moses Wetang’ula, Samuel Poghisio and Amos Wako (former AG) are, in terms of the quality of debate. It is like day and night.

After the 2013 elections, there was Mutula Kilonzo (now deceased and replaced by the equally able Mutula Kilonzo Jnr), the late Otieno Kajwang’, (replaced by Moses Kajwang’), Mutahi Kagwe, Muriuki Karue, the late Yussuf Haji and Billow Kerrow, among others, who were not only regular contributors but also among members who made important contributions to the Senate business.

Is it wise to invest in property during an election year?

These lists are not in any way exhaustive and indeed many first-timers in the 11th Parliament such as Hassan Omar, Kithure Kindiki, Kipchumba Murkomen, Susan Kihika and Kennedy Okong’o made a good account of themselves at a time the National Assembly fought to suppress its mandate, dismissing the Senate as “nyumba ya wazee.”

The point is there is consensus that the quality of debate in Parliament has been degenerating over the years and these old-timers come close to MPs of the 1960s to 1990s.

It was Orengo, during a sitting to honour former President Mwai Kibaki, the longest-serving MP, in December 2012 ahead of his retirement, who said that when Kibaki stood to speak on the floor of the House, there would be pin-drop silence.

An economist, Kibaki was always armed with facts and figures and could speak for up to one hour without anyone raising a point of order or information.

There are many reasons that can be cited for the present situation, including the expansion of the National Assembly from 305 (15 nominated) to 349 (47 women reps and 12 nominated) meaning there is a struggle to get time to contribute to House business.

A report released by Mzalendo Trust last year, for instance, indicated that a total of 31 MPs, some very vocal outside, never spoke in the House for the whole of 2020. MPs, however, faulted this ranking criterion, insisting that they made useful contributions to parliamentary business in committees - where the bulk of the work is done - only that it is not captured in the Hansard.

But what cannot be denied is that the difference between the current Parliament and past ones is the calibre of MPs elected in the past 10 years on the back of party waves and use of deep pockets to buy political support.

There are those who fear that the blingbling generation of MPs is not the worst Kenyans have seen. There are real chances that the next one could see the entry of what a senior editor terms “wash wash” MPs. This is not farfetched seeing as it is that several MPs who were highly ranked in the Mzalendo report are angling for governors in the next polls.

There is a view that they are more useful on the national stage rather than moving to their counties, where while the leadership skills will be required, they are likely to be bogged down with frequent fights with MCAs. They include Kiminini MP Chris Wamalwa and Woman Reps Gladys Wanga (Homa Bay) and Sabina Chege (Murang’a).

Wamalwa is a former Deputy Minority Whip while Wanga and Chege have been exemplary as chairpersons of the Finance and Planning Committee and the Health Committee respectively.

Busia Woman Rep Florence Mutua was also eyeing to take over from Governor Sospeter Ojaamong but was defeated in the ODM primaries by former Cabinet Minister Paul Otuoma.

In the Senate, the impending departure of James Orengo (Siaya), Johnson Sakaja (Nairobi) and Irungu Kang’ata (Murang’a), who are also going for governor seats, is also set to rob the House of formidable members.

Orengo is the Senate Minority Leader while Kang’ata, who was removed as Majority Leader, was among those ranked leading contributors to debate in the Mzalendo support.

Sakaja was ranked as a leading contributor and has also generated key Bills that mainly target the youth and small businesses, some of which have become law. An example is the National Youth Employment Authority Act.

Political analyst Dr Wanguhu Gitonga says despite Parliament having a full-fledged research service, MPs rarely make use of it.

“The deteriorating nature of debate is because these days, MPs look at what political mileage they will get from their contributions. Another problem is sycophancy. Many MPs blindly do what will please their bosses, be it President Uhuru Kenyatta, ODM leader Raila Odinga or Deputy President William Ruto,” he told The Nairobian.

“Some of them can be very good debaters because they have a good education, but their contribution in Parliament is wanting. But also, it is true that some were elected because of political waves in their regions and not their ability to be good MPs. Then there are those whose education background is foggy,” Dr Gitonga added.

An abuser does not start abusing you during the honeymoon stage of your relationship, they first reel you in and then break you down.

Politicians with active court cases should give politics a break

How does it feel for them to serve as public officers and even seek re-election or election with such serious allegations hanging around their necks?