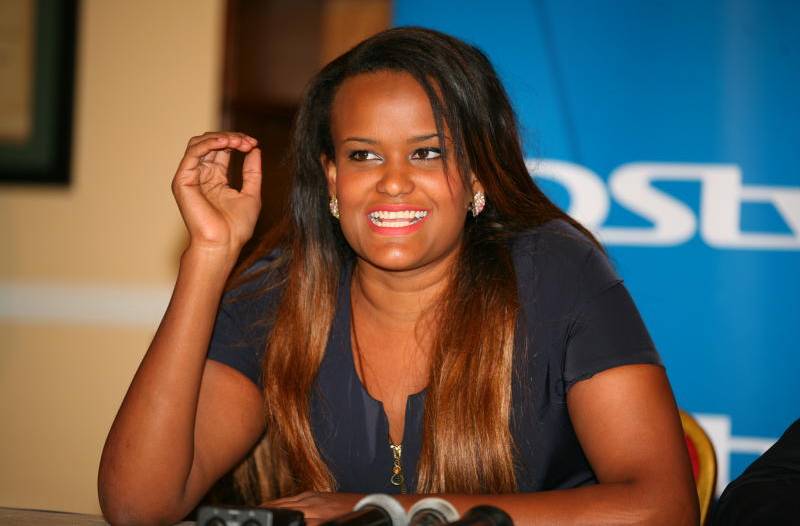 With a new song Kenya ni Moja, she declared her interest in running for the Mugumoini Ward seat in Langata constituency. Declaring there was no going back she launched her MCA bid and even though she never captured the seat, she has since been on the forefront, initiating development projects in the area.

She is at it once more. She says the right time for her to clinch the seat is now.

“I have been on the ground for a while now working under the Nairobi County Women Representative Esther Passaris and so I have learned a lot about people and development issues. I have been in touch with the electorate and I believe that I stand the best chance to articulate the issues affecting the people,” Sabina told The Nairobian this week.

“I am the only woman going for this seat here and so that should be able to set me apart from the crowd. A woman is always close to people as they understand family and societal issues better. Besides, I have been a singer, a filmmaker and a Kenyan representative in BBA and I believe all these platforms were preparing me for leadership,” she noted exuding confidence that the country is ready for young female politicians.

Young, admirable and vibrant, Sabina insisted that she is not out to showcase her beauty but rather her policies. She even went on her social media pages to demystify narratives that she is ‘acceptable because of her beauty’ joking that after all, that is just an added advantage. She stressed that the fact that she is not married should rather add to the reasons why she stands to be a better leader.

“The fact that I am not married should be an added advantage when it comes to sparing time and focusing on leadership roles as I will have undivided attention in executing my duties. That is what I have been doing over time. I mean, there is no man to complain that I am coming home late and dedicating all the time to the electorate. Besides, I am available and when the right man comes through, I will be there for the taking,” she articulated.

Is it wise to invest in property during an election year?

With many young single women now going for political seats, a section of the society has been hard on them thanks to societal and cultural practices that rather view women as the weaker sex. From stereotypes to cultural issues, women have had to face an uphill task when it comes to claiming their place in national platforms, including seeking elective politics.

A week ago, former TV anchor Mwanaisha Chidzuga cried foul after she failed to get her preferred ODM ticket to vie for the Matuga Parliamentary seat ticket. The media personality had looked assured as she went about her campaigns for months – in a battle where she faced off with her brother – only for worst to happen. She is now seeking alternative moves to ensure that her name is on the ballot.

Has bonfire died for the Kabus?

Sarah confessed that they have been showing only the good moments on social media, that she has been through pain while married to Simon.

Election campaigns are hell for women

By Eric Nyakagwa | 7 hours ago