Morara Omoke: What do you call a lawyer who likes to cook? 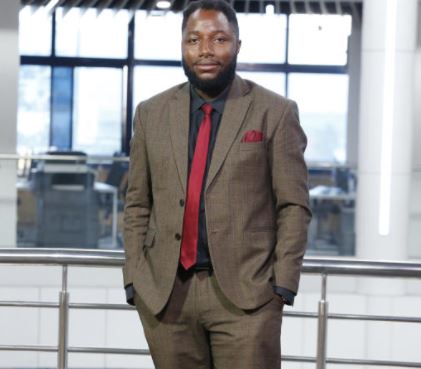 Only five years into his career, lawyer Morara Omoke is already making waves likely to reshape constitutionalism in the country. As one of the petitioners in the consolidated suit that sank BBI, he tells The Nairobian why the initiative by President Uhuru and his surrogate brother, Raila, was designed to fail from the start.

You are related to George Morara, the firebrand former West Mugirango MP, whose death in a freaky road accident along the Kakamega-Kisumu Road remains unresolved more than 50 years later. What does this tell about the history of the justice system in Kenya?

Do you think the family will ever find closure?

His death has been very painful to the family. We leave it to God as He is the only one who is able to bring each and every one of us to justice. Unlike the legal system, which has loopholes, God is able to bring every individual to account for his deeds. So, He is the only one who can resolve the mystery. And that is why I am saying it is only God who can heal the family.

One of the key issues the Building Bridges Initiative (BBI) sought to address was historical injustices, including unresolved political murders. Do you think it is the best route for the country to come to terms with her dark past?

I think the BBI is completely misguided and ill-suited to resolve the challenges the country is grappling with, like uniting the country. There is no evidence that any of the BBI proposals will resolve what is ailing the country. I will give you an example, the BBI proponents said they want to bring to an end the cycle of violence and disputes around elections. But this cannot be achieved through additional constituencies and altering the structure of government.

The solution lies in implementing the current Constitution and statutes and that means holding free and fair elections. We should have a scenario where the winner and the victor have a telephone conversation. Where the loser congratulates the winner and the winner offers the loser a message of appreciation. It will also mean having issue-based debates prior to elections. What we need is a culture change not a constitutional amendment.

You were among the lawyers, who challenged the constitutionality of the BBI process and a five-judge bench agreed with you on May 13. Why do you think the initiative was doomed to fail?

I will say so because the BBI concept was based on a faulty or erroneous theory – that it was out to unite the country. The process followed by the proponents, President Uhuru Kenyatta and former Prime Minister Raila Odinga, was very divisive. We have seen lack of cohesion in government. The BBI has served as a distraction. There has been lack of focus especially in a time of a pandemic.

The initiative was also doomed to fail because the proponents had no respect for the people’s right to public participation and information. The Bill was published on the internet and in English only which was a contravention of Article 7 of the Constitution which requires that important public information be published in Swahili, Kenyan sign language, braille and other local languages.

The collection of signatures was also done before conducting civic education making it a mockery of the process. How do you ask people to endorse a document they don’t understand? Why were they rushing the process? Even when it was taken to the County Assemblies, they passed it within weeks yet the Constitution provides for three months within which they are required to do so. Again, there was no public participation.

Then there was the issue of the County Assemblies passing two versions of the Bill which means the constitutional threshold of 24 counties was never achieved.

The court also determined that the IEBC was not properly constituted to verify the signatures. It required a quorum of five commissioners. Previous High Court judgements that are being cited relate to mundane issues such as by-elections. They cannot be put on the same pedestal as a Bill to amend the Constitution.

How do you feel now that you have been vindicated by the constitutional court?

I was appearing in this matter not just as counsel but as one of the petitioners. It was a great victory, a convincing victory for the people.

Through my petition number E416 of 2020, we were able to convince the court that whenever a referendum is to be held in the country, a nationwide voter registration has to take place. That way, it ensures there is utmost public participation and promotes the right to vote.

We were also able to convince the court that the Constitution contemplates a multi-choice referendum. That each and every proposed amendment must be subjected to a vote individually. An omnibus referendum question, on the other hand, stifles freedom of choice, right to vote and public participation.

The judgement also set the standards to be met by any individual seeking to amend the Constitution through a popular initiative which was a great achievement for our nation.

We were also able to demonstrate to the court that the President is not above the law because his oath of office requires him to defend, protect, uphold and safeguard the Constitution.

Where does the country go from here, besides challenging the verdict?

The respondents have a right to appeal and we, as the petitioners, will zealously defend our win in the High Court. But I see very slim chances of success in the Court of Appeal as the High Court verdict is so solid in law that it cannot be disturbed.

The only options for the BBI proponents is to abandon their scheme of altering the structure of government and focus on legislative and policy measures that can improve the quality of people’s lives such as the introduction of tax holidays through tax legislation and without having to amend any law increase significantly budget allocations to the counties.

In its judgement, the constitutional court described you as a public-spirited lawyer. Which other landmark cases have you been party to?

There is the case between the KBC Pension Scheme and KBC involving a debt of about Sh2 billion which has seen the pension scheme make significant steps towards recovering the debt which will go a long way in securing the financial futures of existing and retired KBC staff.

Then there is a land case involving 500 Ikambi clan families in Mbeere who are seeking to recover 1,400 acres illegally allocated by some clan leaders. The matter is still in court.

Briefly tell us your story and your journey so far in the legal profession.

What inspired you to become a lawyer?

Who is your role model?

My parents for nurturing me with love and great sacrifices.

Being a lawyer is a difficult job as it were. How do you unwind?

Watching movies, listening to music and traveling. I also like cooking Kenyan cuisines.

Angry villagers tied him outside his compound, before taking him to Nyayomo, a nearby market centre where he was flogged until evening.

These drinks are destroying our lives and our health and the panties are used for witchcraft to confuse men. 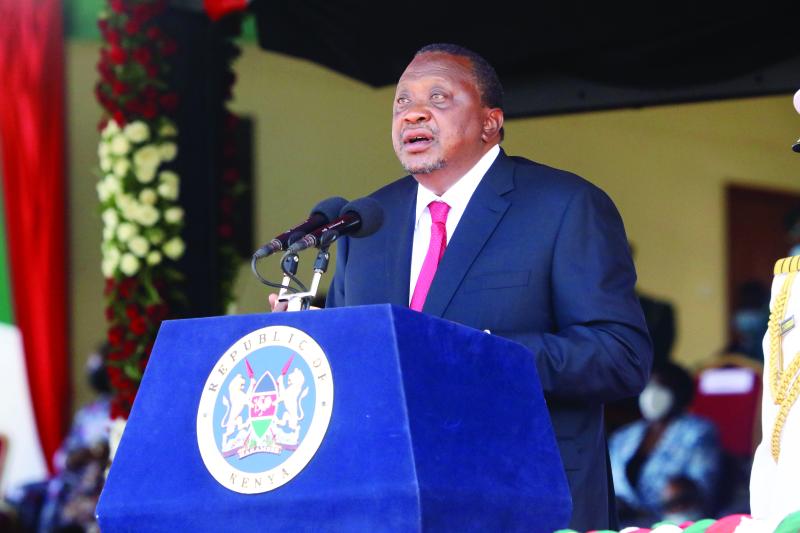