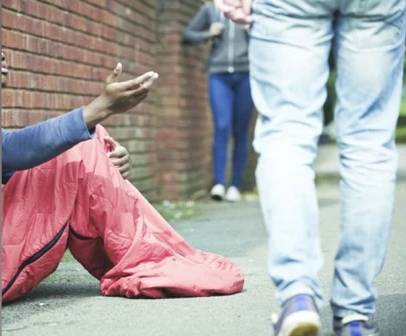 Two suspects who were arrested in connection with smuggling five children so as to be used for begging have been arraigned in court.

John Ngome and Ntere Mutinde were arrested on April 3 after they were reported to have received five minors aged between 10 and 15 years, some of whom were physically challenged.

The children from Tanzania were being kept by the two in Kariobangi.

An officer from the Directorate of Criminal Investigations (DCI) ‘s children’s department  Jennifer Soila asked a Makadara court for more time to investigate the two.

She told the court that the children are being smuggled into the country from Tanzania without the consent of their parents.

Usually, the minors are deployed in the morning hours to beg and picked up by the suspects in the evening hours with proceeds for the day, the court heard.

The detectives said that in some instances, able-bodied children are given wheelchairs so as to evoke sympathy from members of public.

In some instances, the disabled ones are told to crawl on their knees and request rides to some spots where they usually beg.

“Every child has a target of Sh2, 000 failure to which they are subjected to heavy punishment,” added Soila.

While seeking five days to hold the suspects, she said the investigations will involve conducting DNA tests, and recording statements. The case will be mentioned on April 11.

Are the 40 days of corruption suspects finally over?
FEATURES
By Paul Ogemba
9 hours ago
'Reformed' convicts to be released back to the community
FEATURES
By Hudson Gumbihi
10 hours ago
Politicians buying youth vote with cheap booze
Politics
By Lydia Nyawira
13 hours ago
Willis Raburu proposes to lover Ivy Nyamu
ENTERTAINMENT
By Priscilla Kimani
13 hours ago
Premium Are Kenyan men sleeping on the job?
SCANDALS
By Pkemoi Ngénoh
14 hours ago
Premium Inside MP Mishra's Sh13 million campaign truck
Politics
By Evans Kipkura
14 hours ago
.