Kisumu estates choke in filth as city centre sparkles, envy of many 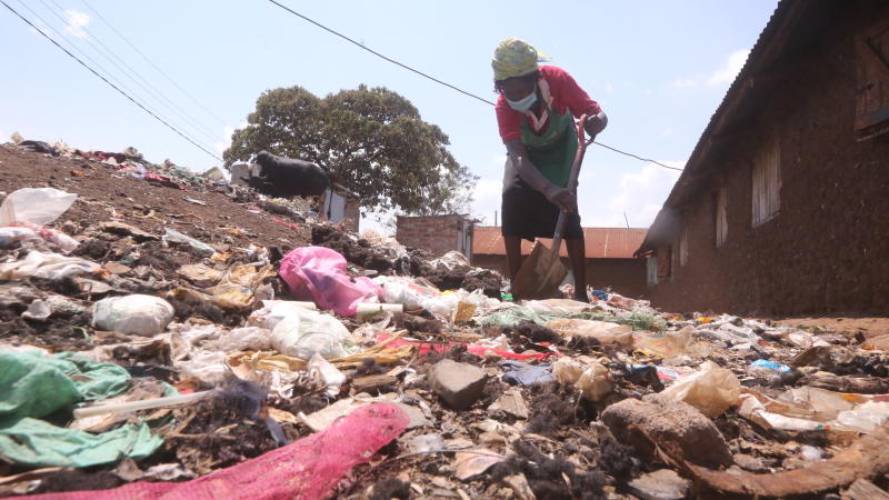 On a bright mid-morning, Benter Jaoko struggles to flap away houseflies from her groceries stall at Kojwang in Nyalenda Kilo estate, Kisumu County. Five metres away is a heap of solid waste, which sometimes spreads close to her stall as animals and street children scavenge.

This has been her tribulation for the past four years, despite the place not being gazetted as a waste skip.
To reduce the heap to manageable levels, she once in a while burns the waste.
“Burning them is not the best option since it is a mixture of both solid and liquid waste, which sometimes fail to burn,” says the 43-year-old mother of five.

Her mud-walled house is ten metres away, and the waste has spread to below her bedroom window. She is, however, ignorant on a waste management strategy in the area, and says she often spots people drop all manner of waste at the point.

This is, however, a direct opposite of the situation in the town centre where men and women dressed in reflector jackets throng the road to sweep on a daily basis. In town, waste trucks make rounds every morning to offload the waste bins on the road, and within commercial buildings.

Any newcomer to the town cannot fail to admire the cleanliness in the city. A spot check by The Nairobian revealed that estates are grappling with management of both solid and liquid wastes. At Obunga, Odiero Ombwayo, says he has written numerous letters to the county government seeking to have waste management problem looked into.
A sewer line from his home to the main line got blocked a couple of years ago, and liquid waste from his home and the neighbourhood find their way downstream through the surface.

They have to frequently unblock the way as residents continue to dump waste on the shallow channel.
“A sewer line was constructed not far from here, but its location was not favourable as it is on the upstream instead of being on the downstream to allow waste flow freely into it through gravity,” he says.

Up to two years ago, the area had a waste collection container at the border of Obunga and Kanyakwar where residents took their solid waste before being collected by the county trucks.

“We just woke up one day and found the container missing. Some people said it was taken away by the county government officials,” said Ombwayo.

Residents, however, continue to dump waste at the point located near a tributary of River Kisat. When it rains, the entire waste is washed away into Lake Victoria.

“There are some young men who collect waste from households at a fee, but majority of residents here cannot afford to pay for waste disposal,” says Ombwayo.

On Ring Road, which separates Milimani Estate from Nyalenda Slums, Bonface Aringo has a bicycle repair point near Mama Safi Hotel. Five metres away is another illegal waste disposal point where both market and domestic waste from Nyalenda Kilo area are dumped.

When The Nairobian caught up with him, Aringo was chasing away some dogs which were scavenging.
“When the dogs open up the waste, the stench becomes stronger, and that makes me and my clients here uncomfortable,” he said.

A spot check on Ring Road revealed many other illegal waste disposal sites where we spotted people dump their waste. The city is still struggling to identify a proper waste management strategy, with Kachok Dumpsite, which was set to be decommissioned, continuing to swell with heaps.

County Director of Communication Alois Ager said the city has managed to realise 35 per cent waste collection, which is targeted to hit up to 60 per cent once the ongoing waste management strategies are operationalized.
Ager admitted that indeed the county was grappling with waste management within the estates. [Kevine Omollo]

Nadia revealed that she started dating Arrow Bwoy while she was in a relationship with someone else, a revelation that shook the waves.

Running a multibillion company without yearly audits is like driving in the darkness at high speed with no headlights. 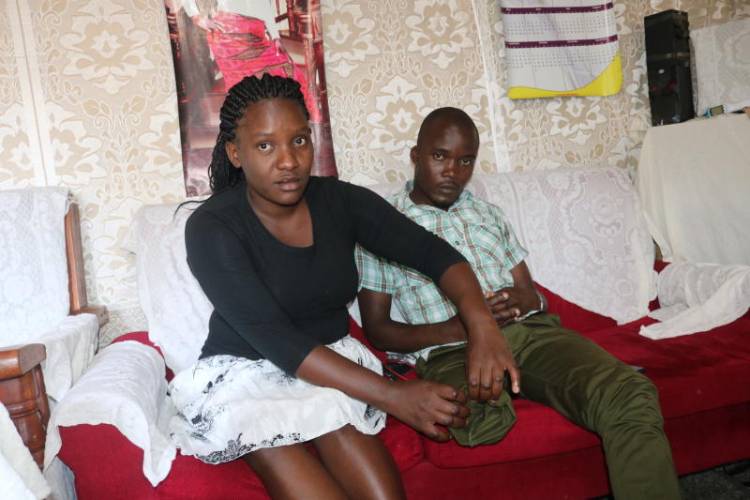 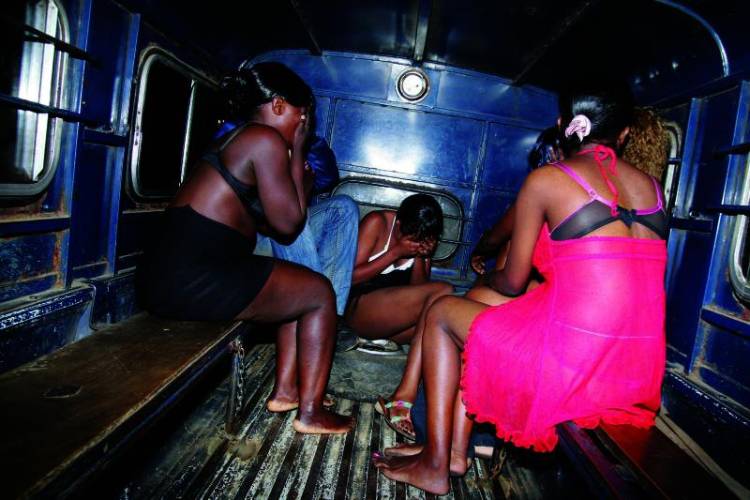