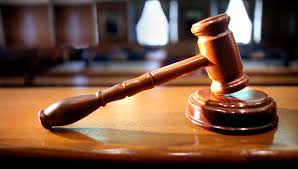 A Homa Bay man, who was found guilty of possessing 50 grammes of bhang and chang’aa,  told a court that his family may die of hunger if he is jailed.

Isaac Otieno Oyola was given a jail term of two months or a fine of Sh15,000 over the offence.

Oyola was charged in Homa  Bay Court where he was accused of possessing narcotic drugs contrary to Narcotic Drugs and Psychotropic Substances Control Act.

He also faced two counts in the case.

On the first count, the court heard that he was found in possession of 50 grams of bhang with a street value of Sh400 at Kokoko Sub-location in Rangwe Sub-county on June 24, 2021.

On the second count, Oyala was found in possession of 13.5 litres of chang’aa.

Initially, Oyola had denied the charges.

This was after he failed to convince the court with evidence.

Obutu awarded him a jail sentence of one month or a fine of Sh5,000 in the first count.

Oyola was also jailed for two months or a fine of Sh10, 000 in the second count.

But the convict pleaded for leniency on grounds that he was the sole breadwinner in his family.

He argued that his wife turned blind five years ago cannot feed the family.

“I appeal to the court to forgive me because I am the breadwinner of my family,” Oyola said.

He was given 14 days to appeal.

Police In Kajiado find more than 300 kilograms of Bhang smuggled into Kenya.

He told the court that he had just finished washing clothes when he heard people shouting while charging towards his house accusing him of defilement.

“Moving forward, anyone implicated in any verified case of harassment, sexual or otherwise, should be excluded from the federation and team affairs.