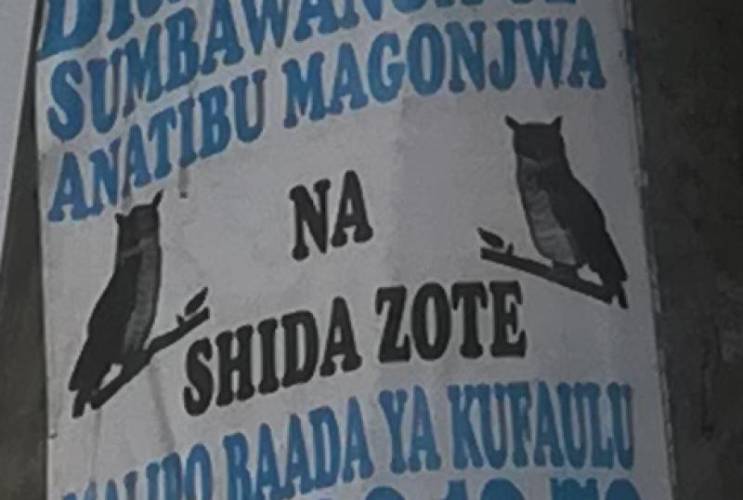 Pushed by tough economic times, some wicthoctors have resorted to other tricks to lure customers in Nairobi.

A spot check by The Nairobian has established that unlike before, their posters are now decorated with pictures of owls, cats and snakes in a bid to influence customers.

The posters are pinned on the walls under the cover of darkness by young men hired by waganga.

Popular Tanzanian witchdoctor Sabil Abdul, however, says those using such scary photo are selling fake services and should be arrested.

“Those are just fake waganga. Genuine ones should not go to that extent of marketing their services. In my case, I get customers from people who know my services, in fact those using such pictures should be arrested by police” Sabil told The Nairobian.

Persons with albinism in Tanzania under threat during election period

How to get Covid certificate without undergoing a test

All one has to do is pose as a traveller and apart from the air ticket, the travel agents will furnish you with a legit Covid-19 negative certificate

The clinic opens at 11 am and closes and 3 pm. In between, they only attend to babies but only checking temperatures,