Do not call me at night, I am a married woman, Kware chief warns 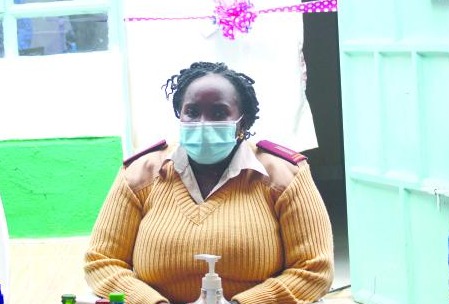 She claimed she is a married woman, who respects her marriage and husband.

Marete noted that such late-night calls can cause suspicion.

“Please, don’t call me at night with non-official issues. Unless it is an emergency, I will not pick such calls. You want me to be chased away from home?” she posed.

Marete, who doubled as Kware assistant chief, was speaking at Kware Police Post, now a station in Kware Ward in Embakasi South Constituency in Nairobi, during an event to open her new offices.

The chief’s office was constructed through donation by Nyumba Kumi members, chairmen and the chief’s friends.

Embakasi Division Assistant County Commissioner John Kipsang said he was pleased to see residents partner with the government in coming up with such projects like the chief’s office.

“If we have such unity, we shall have more chief’s offices built at Kwa Njenga and Imara Daima police stations. Currently, there are five stations in Embakasi Division  including Kwa Reuben, Kware  and Mombasa Road without vehicles but we have asked the Government to chip and help,” said Kipsang.

“There are over 20,000 of them lying uncollected. Kindly go and pick them,’’ added Kipsang.

Top Cop buried with no mention of hubbies

Wanjiru had been accused of marrying two men, but, during her burial, none of them was recognised.

People drink alcohol because it can be accessed, because they have met so or so, the first thing that comes to mind is to have a bottle

By Hudson Gumbihi | 11 hours ago