That laundry woman could be your biggest compe 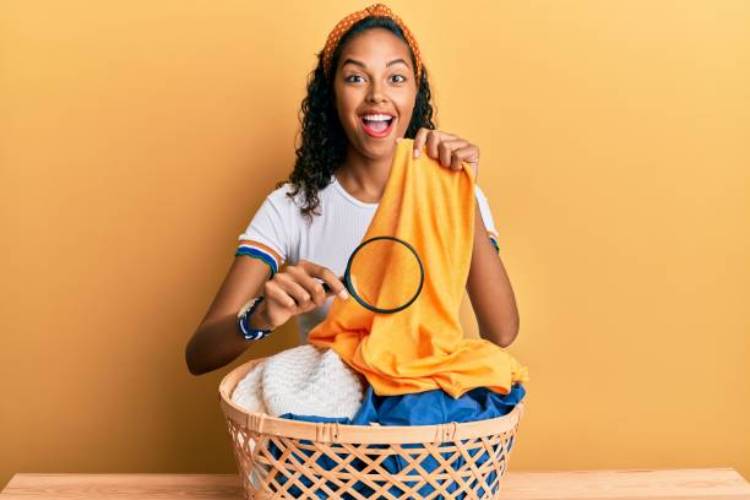 You know why it’s almost impossible to separate a man from his mother? Because woman knows everything about him. No wonder a man’s first love and confidant will always be his mother. That’s why she wields so much power over him.

Now, enter Mama Fua - the laundry woman. What is her role in a man’s life is, apart from doing his dirty laundry, especially if he is single? We are talking bachelors, busy men who stay alone and are too lazy to even wash their own hands.

Well, the laundry woman knows every corner in his house. She knows the colours of his three boxers, knows that the green one is torn and dude has worn it since 1967. The grey sock that has no partner, she knows how his bed sheets smell and realises when he buys a new bed cover, new T-shirt or belt.

Mama Fua is the woman who does the house budget because she knows when soap is finished, she is the one who empties the sugar tin and suguas the sufurias, so she definitely is aware that steel wool and soap need to be purchased. This is the woman who discards empty tins and boxes in that house, empties not only the dirty clothes’ basket but also the garbage bin. When he eats burgers, she’ll know. When he does popcorn and orange juice for three consecutive days, she knows. And when he chews new cat and litters condom wrappings all over the bedroom floor, she’s the condom collector.

Which means when the man is going through dry spell, oh she knows! You, the girlfriend may not have a spare key to his house, but she does. He might not be as loyal to you as you would like, but you have only been dating for two years, right? But do you have any idea how long this mama has done his laundry? Nothing and no one is going to come between those two. She has seen all the women in his life, knows who was arrogant, filthy, the gold digger and can guess the tigress and who was lousy in bed.

She can get you dumped by merely advising him to “wachana na kare kamusichana urireta rast weeked” because you left the kitchen and bedroom in chaos. That mama wants you gone, your ass will be on the pavement!

This one knows which girl is the main and which one is the side. And if by chance the man is married and his wife visits once in a long while, and she calls in to say she’ll be around in three days to attend some workshop in town, Mama Fua will be dialed on emergency! She will rush in to clean and clear any slight rumour of illicit stupidity and destroy visible or suspected evidence and exhibits. This she does on a good bargain because its extra work. She might even earn herself a whole month’s shopping. Ama achome!

She helps him hide your thongs, bras, eye pencil and toothbrushes when his other girlfriends visit. This one is allowed to show you an attitude bigger than Vera Sidika’s ass and you won’t do anything about it.

You have no choice but swallow your slay queen pride when she tells you off for leaving your dirty thongs under the bed or behaving like a mangáa.

The things that happen behind closed doors between people’s husbands and boyfriends with these women, only God knows. Remember, this woman will walk in, ask how his week was, why he looks tired and comment about his new barber. She will then ask if man has eaten anything since jana or she could make him anything. Questions he was last asked in 1978. And you want to say she’ll just fua and leave?

Rather than a dude going for a painted beauty who will demand time, emotions, spend a lot of his money on meals and booze and still want fare back to her bedsitter in Githurai Kimbo, he would opt to give his laundry lady an extra 1,000/- and hit it.

The scary bit? There is possibility that these women could be way better in the sack – without perfume, big English and exotic tastes for sex, wine, lingerie and interior design!

Mothers should only be seen when everyone is eating

Women eat half their food portions when they are in the kitchen. Always tasting this and that and eating what their children do not finish.

Having a mistress is the new norm for Kenyan men. While some relationships seem to thrive, many end in tears.

By Diana Makokha | 8 days ago

By Diana Makokha | 29 days ago