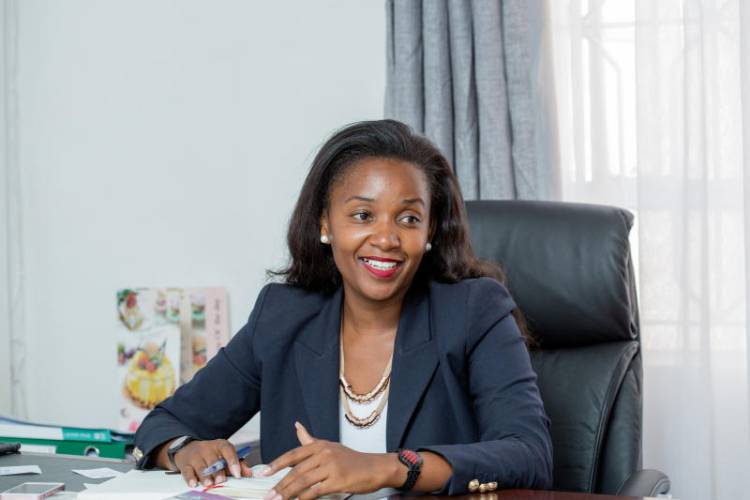 Young ANNE NYAGA was Agriculture Chief Administrative Secretary (CAS). She spoke to GARDY CHACHA about her rise from rural farmer to County minister and finally a policy maker in a corner office in Kilimo House, Nairobi.

Last time we talked in office you were ‘young and youthful’. How old are you now?

I have aged a little. I am now 37: I have officially left the youth bracket. Even so, I am very much young at heart.

What was the experience like, you know, being in government?

It has been beautiful working for Kenyans as a CAS. And I am not saying that as a cliché: I really loved working to improve our farming prospects as a country.

Among your accomplishments (as CAS) what are you most proud of?

I was involved in the implementation and monitoring of the Big 4 Agenda on food and nutrition security, with a keen focus on giving farmers incentives like subsidised seeds and fertilizers and other farm inputs. I have overseen a ministry initiative that provides affordable financing and incubation for youth farmers. I have come up with the kitchen garden initiative in support of 250,000 vulnerable households. In fact, we have constructed a demo learning site at Kilimo House open to members of the public. And I have revived the 4-K clubs of Kenya; besides developing a Kids’ guide to climate-smart Agriculture

How did you get this job?

(Hearty laugh) Why do you ask?

Because many want to be CAS and they wonder what kind of magic one has to perform to get in!

It is God, really! I could also add that when I took up farming, I was fully dedicated to everything I did. When you are focused and dedicated to anything, someone somewhere will notice. And you never know what fate has in store for you.

But…really…who exactly helped you climb up?

This question has come up so many times. To be honest, I was found doing what I have been doing for many years and it caught the attention of Government officials. We really need to change our mindsets. At times you do not need to know someone. You just need to do what you want to do like it is a calling; like it is part of the purpose for which you exist.

How did you get into farming?

I started as a 20-something-year-old. You see, after university (I studied Biomedical Science and Technology at Egerton University) I applied for jobs and nothing was forthcoming. I had to settle for a casual job in a hardware — which had nothing to do with my area of study. I remember thinking to myself: what could I do to make me proper money? That is when the farming idea dawned on me. However, it did not just occur out of the blue. I had grown up watching my parents make money through farming. They, in a way, influenced me to become a farmer.

You were involved in the actual tilling of land?

Yes! Soil, dirt and all. I started with watermelons. Then I took up French beans and tomatoes — mostly for export. It was while in farming that I made some good money. As a farmer, I got to really understand the gaps that were there for farmers. I developed a watermelon-growing manual.

I am still waiting for the part where you become CAS...

I know. Anyway, I loved farming. I participated in agricultural meetings, seminars, conferences and so on. I even volunteered (at some point) at the Ministry of Agriculture: I was given a small space where young prospective farmers would come to seek information on agribusiness.

Then, in my commitment to agriculture and matters farming, the Governor in Embu – Hon. Martin Wambora – took note of my passion; plus, the fact that I was growing in influence.

What did the governor do?

Early in 2017, he called me and asked me to join his political team and vie as a woman representative. I turned down the offer. But I also told him that if he won a second term, I would love to work in his government to handle agriculture. After the 2017 polls he asked me to be County Executive Committee (CEC) member in charge of Agriculture. In my new job, I developed the Embu Youth in Agriculture policy document. In April 2019, I invited the president to come and launch it. CS Fred Matiang’i accompanied by six other cabinet secretaries graced the event to represent. When it was my turn to speak, I passionately articulated the challenges that we were facing and solutions that we needed Government intervention on. I think Someone may have taken note.

Yes. I believe my name was proposed as a result of that event. Whoever it was, they believed that I had something worth being made a CAS.

Were you asked for your CV?

Yes. I received a call from someone asking me to forward my CV for consideration for an appointment by H.E the president. I sent and went on with my work as a CEC. It was not until the following year, in 2020, that I got a call from my mother telling me that the president had announced my name among new appointees. I, like many people, was pleasantly shocked too. To this day, I remain grateful to President Uhuru.

You are sure no one ‘powerful’ put in a good word for you?

It was God’s doing. God works through people to uplift others, I would say and I remain grateful to those who found me worthy even though I may never know them.

You are a member of the Nyaga family. Some people may say you were born with a silver spoon in the mouth.

They are wrong, regardless of where we are born, we all have a past. Not that I don’t appreciate my family – they have played a role in guiding and mentoring me. I wouldn’t have been jobless after university if I was born with a silver spoon in my mouth.

You have invoked the name of God quite a few times now: you are deeply religious?

I am a Christian believer. I am spiritual and I have a bible that I read often. My priority is to serve God through serving people.

What next for you?

My call to serve is still there. I feel it strongly. There are many opportunities to serve – in Government, Development world or even in the private sector. Plus, I am a farmer. So, I will always have ways of serving even in my capacity as a private citizen or any other opportunity.

Yes. I am a farmer. I will probably always be a farmer. Currently I am rearing cows and goats for meat.

Any chance you join politics in future?

I won’t say never. But, I believe that we need to redefine politics in Kenya. I don’t think I would join politics as it is practised today.

Is this goodbye from the public limelight?

I don’t think so. I will be very much around. I am a people person and very much interested in the development of my country.

Abort or keep it? Let the woman make her choice
BLOGS
By La Patrona
15 hrs ago

Hotpots: Here are events to attend this week
ENTERTAINMENT
By Geoffrey Korio
2 days ago

When politicians come face to face with family drama
NEWS
By The Nairobian team
2 days ago
. 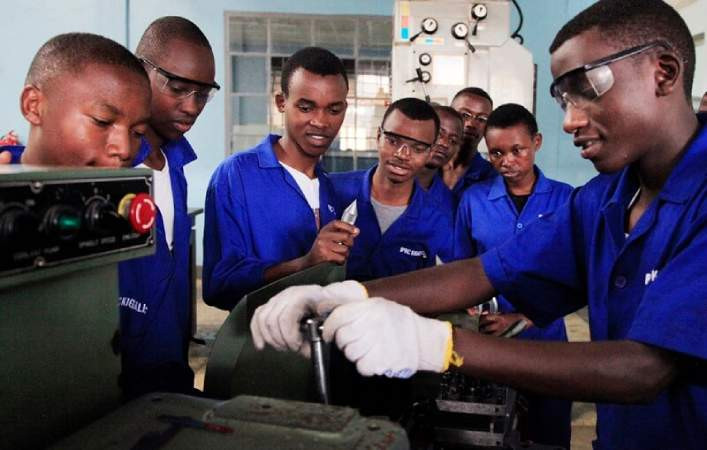