Journalist Sam Ogina to comedian Eric Omondi: I will leak your nudes 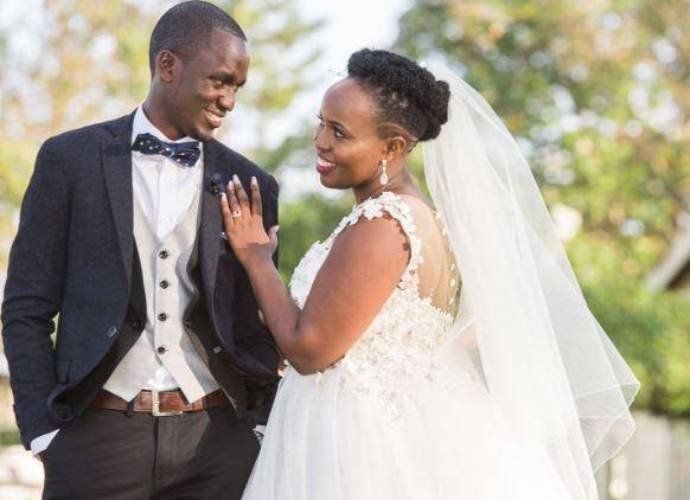 Reporter Sam Ogina has termed Eric Omondi claims that he dated Jacque Maribe in 2012 as false and defamatory. In a Twitter post, the reporter argued that during that period he was dating his wife Njeri.

"I Sam Ogina whish to categorically deny the allegations by Eric Omondi that I was dating Maribe in 2012. What he posted is false and defaming. Let him be rest assured that I am coming for him. At the time I was dating my lovely wife Njeri," he said.

Sam further accompied the tweet with a photo of him and Njeri.

"For avoidance of doubt this is Njeri and me on the same party in 2012...Eric provoke me further and I
will release the disgusting skeleton pictures you used to send her," he added.

Prior to the war of words, comedian Eric Omondi had taken to Instagram to spill details about his relationship with Jacque Maribe. The celebrated comedian revealed that he hooked with Maribe only once.

"I asked her for a DNA test so that I can comfortably be part of the baby's life and support fully. She got offended and refused my request. For the past seven years I have begged Jacque to have a DNA test and she has continually refused," Omondi said.

They always do not want to commit and have excuses; they will not talk about any future plans like marriage or long-term relationship.