Arnold Samba aka Saviour is a stand-up comedian studying law at Mount Kenya University. Savior had his first performance after six years of trial and error, behind the curtains. He tells The Nairobian why he wants to laugh at their pain.

You studied law, but how come you landed in comedy?

I am yet to graduate, though it is set for some time this year. I started with film where I found out I could do comical skits. I would be given a sad script or role and when I go on stage, no matter how sad my role is, people would be laughing. So, comedy came to me, then I started auditioning for comedy.

What discipline of law do you relate with in comedy?

Not one! actually, this law is not mine, it is one of those courses you do for parents.

How do your parents react to your comedy?

Initially, they frowned about it thinking it would derail me from the main goal but, as time goes by, they are getting used to it. When I get little money and share with them, it opens up their hearts to the fact that comedy is not bad. These days they ask if they should tag me on posts!

Your skits are not specific, how come?

I love classifying myself as versatile comedian; I don’t like being pointed out to a specific style of humour, especially not the tribal ones. Besides, I don’t want to be branded a Luhya or Kikuyu comedian. And if a comedian is creative enough, they do not have to be tied to one style of humour or character, a comedian should be able to create content on any subject.

My upbringing was bad. I didn’t have a social life as a kid, no friends, no best friends; just me and my brother. To make it worse, I went to a boarding school in class three, so aside from the boarding friends, I had my parents and brother as my world. I started socialising while in campus from where I learned that people go out and have fun.

How has this affected the person you are today?

It is a challenge. I feel like I would have been a better version of myself or in better places, if I had a social childhood

How did you land your spot at Churchill Show?

Consistency. I did my first audition in 2012 and got my first performance in August 2018. For over six years I was behind the curtains auditioning, and every time I would be told come on Tuesday. This meant you didn’t meet the cut so you come for more auditions as you grew. So, in 2018, I went for the audition knowing I was going to be told ‘come Tuesday’, surprisingly, I auditioned with one of my old skits and I was told to come on Saturday in white outfits, that meant I had met the cut. That’s how I got my first performance.

Comedy has cartels. There are so many creative people starting up but they will never be discovered because there are people at the top who have refused to release their work. There is so much raw undiscovered talent in comedy.

Is comedy a lucrative field to venture into?

Today, if I meet an upcoming comedian, who needs my advice, I will tell them to study very hard and find a formal job.In Kenya, unless you are super popular, comedy does not pay. It is the gigs that pay, corporate events want popular people, so they are not calling an upcoming artist to host an event, and that means you won’t make money unless you make a breakthrough on stage. I have started earning a little bit, I hope for more.

How did your parents shape you to become who you are?

My parents are very religious and like most African parents, being an artist sums up to everything bad — alcoholism, drugs and all vices. My parents are comedians, they just don’t know it. Most of the skits inspiration comes from my father, he is very funny. I would go to school and story tell things that happen in my house and people would laugh and say I’m funny not knowing that it was all my father act.

I knew it was my father who was funny and not me. My father was a watchman and he kept it a secret in the village, my mother was a house help in Nairobi. It was a humble home I grew up in but we never felt belittled.

Your dreadlocks, how are you going to maneuver in law with them?

My dreadlocks are very dear to me, in as much as it is linked to societal vices. I think it just a hairstyle like any other, like someone would choose to go bald. My objective is to change the perception about locks. My dread is my brand, it is my makeup, it is a symbol of my journey.

Do you have someone special in your life?

Love? No! I have been played by girls, my heart has been broken so many times; so I have decided to wait until I’m 30 or 35 then I can settle down.

I regret studying law. I should have done film. However, I respect and appreciate my father’s effort to pay my school fees single handedly. I would have been better off right now with a degree in filmmaking. I have very little hope in law. I’m planning to go back to school and pursue a degree in film.

How would you describe your act and humour?

My face speaks for me. I’m very good with facials and very creative. When people need facial training when making jokes, they are normally referred to me. I’m also a good storyteller, so I use these two skills for my stage performance.

What is your most embarrassing moment on stage?

One time, I was performing in Ngong, my third show after I was accepted at Churchill and I made a vulgar joke, it was a mature audience, so I was advised to go ahead with my joke. I went on stage and gave my vulgar joke about condoms and the whole audience was quiet with embarrassment. It was very hard to get myself out of the embarrassment. It was my most embarrassing moment and it was never aired.

Who do you look up to in comedy?

Kevin Hart, because we share so many things in common. He grew up like me and coincidentally, my mother shares the same name as his mother.

Did you always want to be a lawyer or comedian as a child?

My parents wanted me to be a lawyer, and parents win. I started seeing myself as a wrestler, then later thought of a neurosurgeon. My parents were excited about it so I held on to it for a while then went on to film; this is where I found my passion and stuck by it, although I had to do law as my parents wanted.

If not law or comedy, what would you pick as a career?

Acting, I need a career in film so badly. 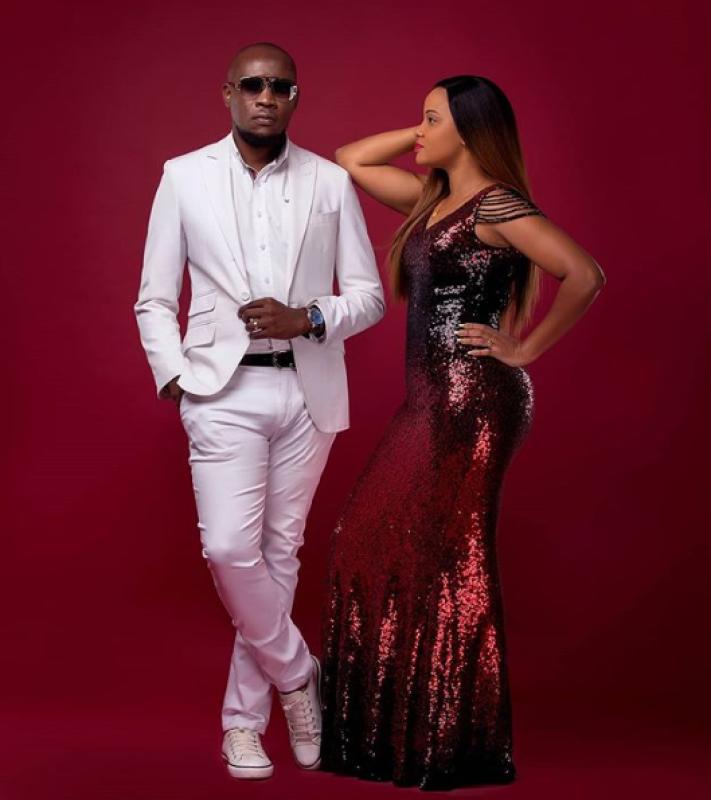 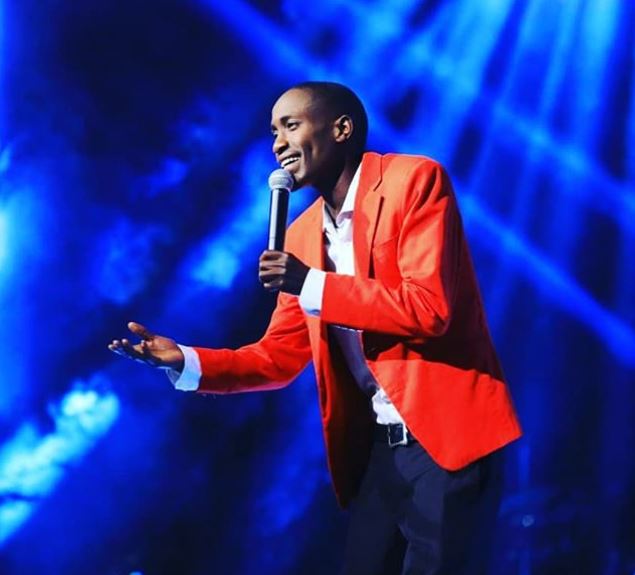 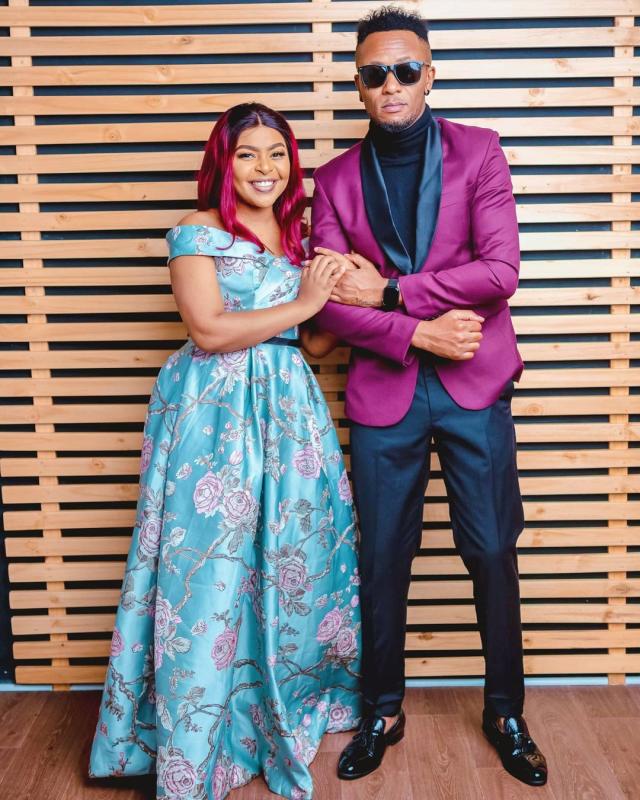 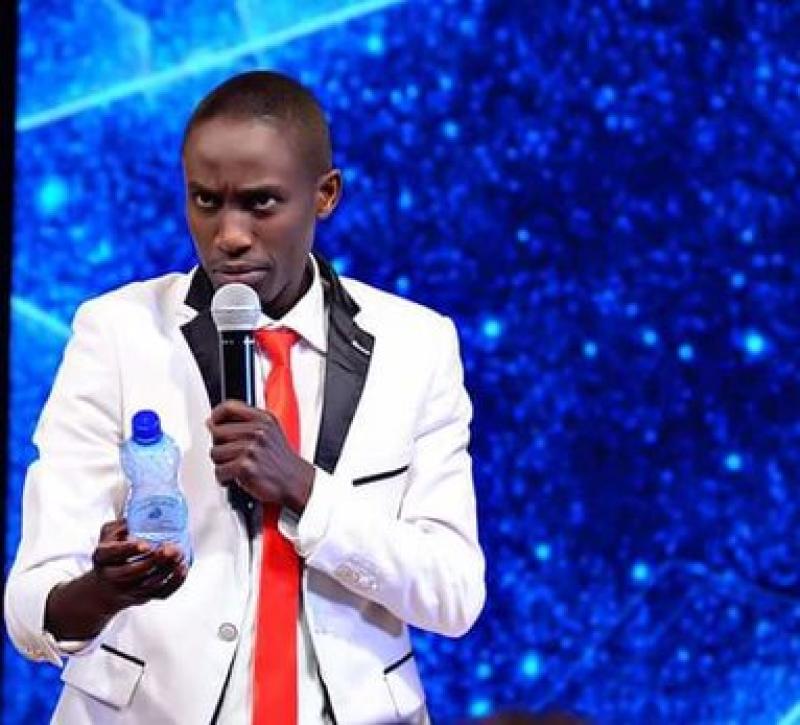 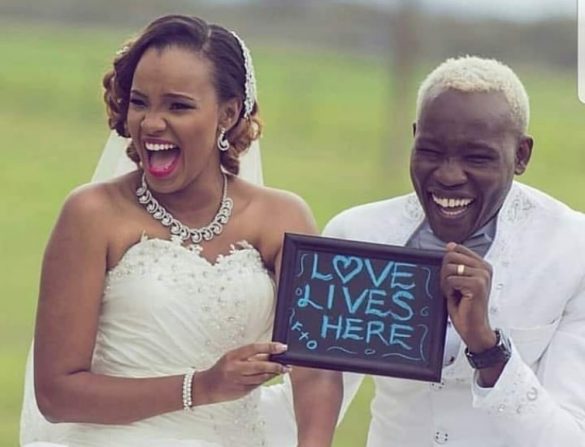