Shooting my latest video with Diamond was uncomfortable; says Zuchu 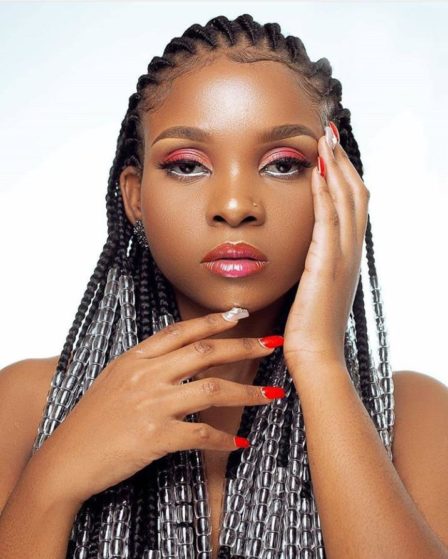 Shooting my latest video with Diamond was uncomfortable: Zuchu claims she was shaking like a leaf

Tanzanian singer Zuhura Kopa, better known by her stage name Zuchu claims that she was shocked after her song, Cheche featuring Diamond Platinumz was pulled  down on YouTube after a copyright strike.
“At first, I didn’t believe it, when I checked on YouTube and found it was pulled down, I panicked. I received a call from the management and I was told not to worry, they have already sent a letter...”
Zuchu also denied rumours that she is in a relationship with Diamond.
“Right now, I’m good. I leave it to God, before I saw it as a disrespect to my boss because he has never hit on me.”
She confessed that shooting her latest video with Diamond was uncomfortable.
“It was uncomfortable shooting the video since we had to dance in a lovey dovey manner.  I was shaking a lot. But on set, there were people who counseled me and to me to just act.  For three days, we did  not sleep due to the demanding nature of the shooting..”
On claims that she stole Tanasha song, she said, “I didn’t know there were  such claims because I was so busy.  The day I posted the video a journalist asked me if I stole the song from Tanasha. I was like which song? Because I wrote the song. When I listened to her song, I didn’t hear any similarities. I don’t know her manager so I leave it to God. Every week there is always someone claiming I stole their song.”

Previous article
So what if Teacher Wanjiku is expensive: I have worked hard to build this brand
Next article
I am sorry for killing nun, says Catholic priest jailed for two years