Skirt and blouse vs six-piece suit: Why push is proving a hot potato 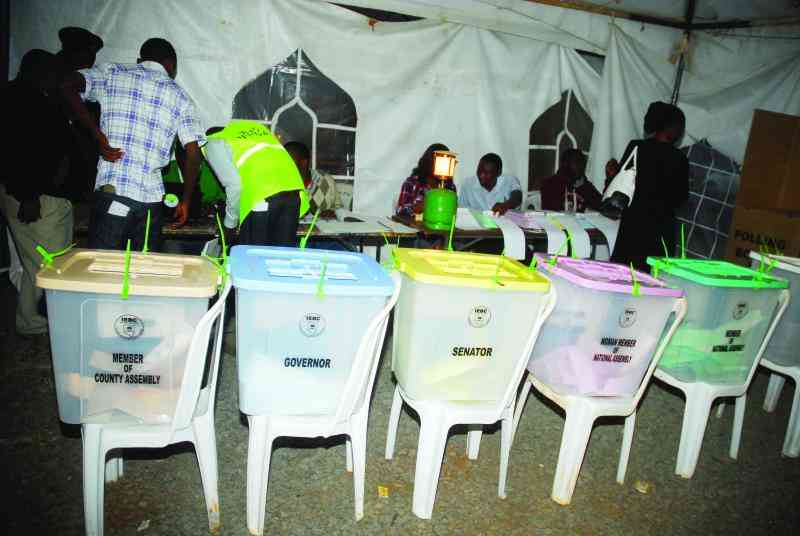 Even as the State House contest pitting the leading candidates, Deputy President William Ruto and ODM leader Raila Odinga continues to hog much of the media and voters’ attention, vicious battles are being waged behind the scenes for the six other positions that would be up for grabs. While the main formations, Ruto’s Kenya Kwanza Alliance and Raila’s Azimio la Umoja-One Kenya coalition party, had initially given in to pressure to accommodate aspirants from affiliate parties in their strongholds, a new quest is underway to have core parties sweep the board ostensibly to strengthen their hands in the event they form the government after August 9.

In Kenya Kwanza, there is a push to have supporters adopt a straight party-line voting pattern that would see Ruto’s United Democratic Alliance (UDA) zone Rift Valley, Mt Kenya and parts of Western while Musalia Mudavadi’s ANC and Moses Wetang’ula’s Ford Kenya will share the spoils mainly in Western Kenya. But there are murmurs that UDA is getting an undue advantage since its partners have no freedom to also field candidates in Ruto’s hometurf.

The contest is more intriguing in Mt Kenya where Ruto’s running mate Rigathi  Gachagua is working overdrive to elbow out parties domiciled in the region such as William Kabogo’s Wakenya Tujibebe Party, Moses Kuria’s Chama cha Mashinani, Mwangi Kiunjuri’s The Service Party and Irungu Nyakera’s Farmers Party. The parties are now demanding that Kenya Kwanza makes public the deal that was deposited with the registrar of political parties, fearing that the region could have been given the short end of the bargain since while Mudavadi and Wetang’ula were promised 30 per cent of the Ruto government, Mt Kenya has only so far got the running mate slot through Gachagua, who is in UDA.

To complicate matters, UDA insists it does not have a pre-election agreement with any other party other than ANC and Ford-K, saying the rest are cooperation agreements that would be revisited after the elections. The developments have exacerbated the rift between Gachagua and other leaders from Mt Kenya, which first emerged during the choice of Ruto’s running mate when most MPs favoured Tharaka Nithi Senator Kindiki Kithure.
Gachagua, however, says he has no apologies to make for his headstrong campaign for six-piece voting, saying they will need numbers if they are to have an easier time governing.
“We have no problem with our affiliates but I will need soldiers who will defend the government through the ruling party and hence the reason we are popularising and campaigning for UDA candidates,” Gachagua was recently quoted as saying.
In Rift Valley and Western, while some candidates have stepped down as a result of the push, others, especially those running as independents in Ruto’s home turf, are still resisting.
The situation is no different in Azimio where the top brass is strategising how to ensure they only have one candidate on the ticket for the various seats in Nyanza, Western, Mt Kenya and Ukambani.
In Nyanza, for instance, ODM fears it may lose to Kenya Kwanza is areas such as Kisii where both ODM and affiliate parties are fielding strong candidates.
In the governor’s race, while ODM settled for outgoing Dagoretti South MP Simba Arati as its candidate for governor, he is contending with sibling rivalry from, among others, Kisii Senator Prof Sam Ongeri (DAP-K) and former Transport CAS Chris Obure of Jubilee Party.
Both Ongeri and Obure have so far resisted attempts to have them drop their candidatures, saying it is the voters who will make the final verdict and that the decision to run gives them a better opportunity to settle on the best candidate.
Even Raila’s bedrocks of Siaya, Homa Bay, Migori and Kisumu are not sitting pretty as are several counties and constituencies in Western.
In Mt Kenya, his running mate Martha Karua is confident that Azimio will successfully build consensus so that they can field one candidate per seat to boost their chances of winning many seats under the coalition party’s banner.
“Time will come when we sit and seek consensus on the way forward. We want to form a formidable coalition line up that will take out opponents head on,” she said in Kirinyaga on Tuesday. The only county where sibling rivalry was clinically nipped in the bud is Nairobi where negotiations saw Jubilee secure the right to field Polycarp Igathe for the governor seat with ODM settling for the other top county positions with the exception of Igathe’s running mate slot, which went to Wiper’s Philip Kaloki.
Six-piece voting is a pattern where a voter casts the ballot for candidates running for the president, governor, senator, woman representative, MP and MCA from the same political party or coalition.
While the phenomenon started in the first election under the 2010 Constitution in 2013, its precursor was the three-piece suit that was first promoted by Ford-Asili’s Kenneth Matiba in the 1992 elections. It saw the party sweep almost all councillor and MP seats in his strongholds of Nairobi and parts of Mt Kenya where he also garnered majority presidential votes.
It differs from the skirt and blouse model, in which voters are free to elect candidates from various parties and formations.
In 2007, Democratic Party’s Mwai Kibaki adopted the same strategy with considerable success.
But critics say, the straight voting undermines the will of the people and also stops them from choosing leaders based on their leadership qualities and manifestos. “It is true that one needs numbers in Parliament and the County Assemblies to push his agenda but at what cost? Look at the last two elections; we have seen mediocre individuals getting elected, including as governors.
And with it, we devolved corruption and other malfeasance because Kenyans elected people who rode on the coattails of top presidential candidates without looking at their leadership qualities and integrity,” political analyst Dr Wang’uhu Gitonga told The Nairobian.
According to Gitonga, an economist, the method of voting is to blame for the rot in Nairobi and other major urban areas since those elected as councillors and later even took over as mayors were not only illiterate but also visionless, who spend most of their time engaging in theatrics, looting and land grabbing instead of development and service delivery.
“It is during the tenure of such leaders that most of the public land in Nairobi was grabbed. Indeed, it is at this time that Eastleigh was sold to wealthy Somalis for a song,” he said.

New technology looking to shape healthcare
BLOGS
By Solomon Koko
2 hours ago
Premium A random sex worker is safer than a side chick
BLOGS
By Diana Makokha
7 hours ago
Inside MP Mishra's Sh13 million campaign truck
Politics
By Evans Kipkura
17 hours ago
Cattle thief busted slaughtering a bull he stole
SCANDALS
By James Omoro
1 day ago
Chinese man to face charges for robbing a friend's knife
NEWS
By Lilian Chepkoech
1 day ago
Campus students are drowning in alcohol
FEATURES
By Stephen Mburu
1 day ago
. 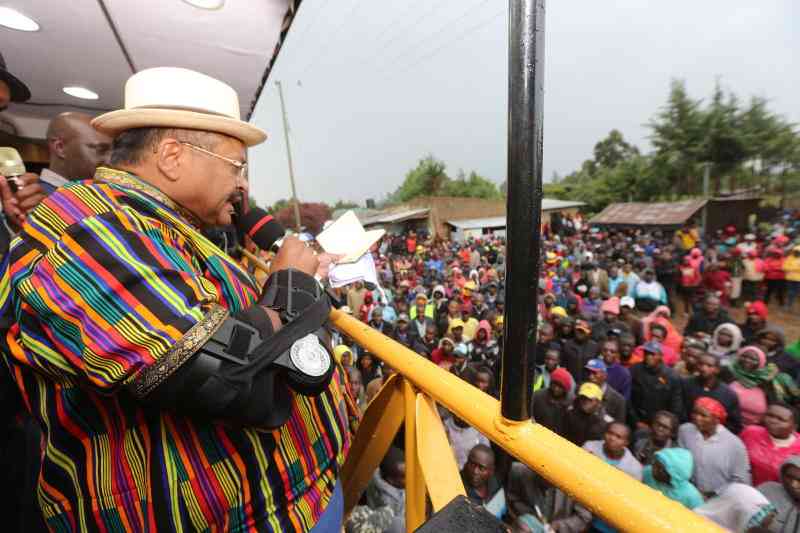 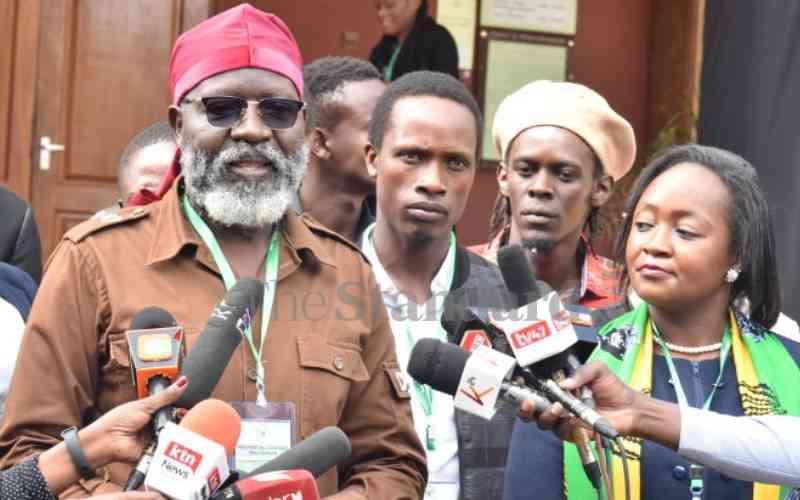 By Eric Nyakagwa 3 22 hours ago
Is Wajackoyah the 'president' of undecided voters? 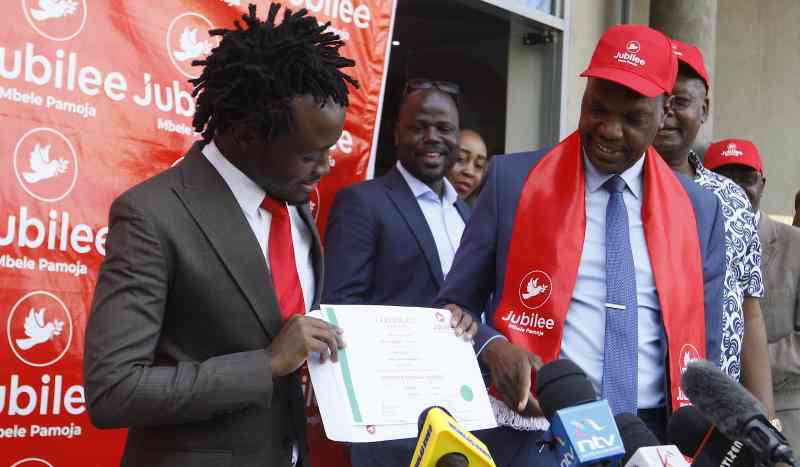 By Priscilla Kimani 3 2 days ago
Bahati: No one can remove me from the ballot 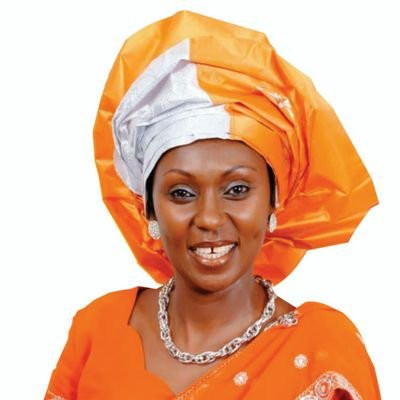