Meet Tony wa Kinanda, the Mugithi star who was born in Kakamega 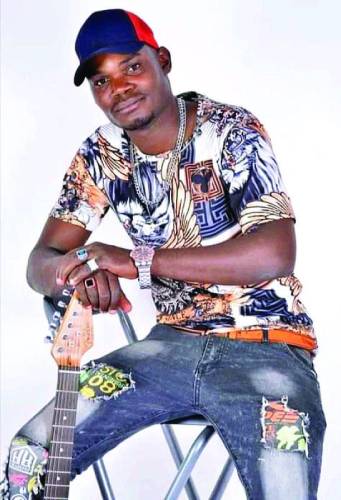 Everywhere he goes, he attracts attention. From his walking style to his dressing, it is hard not to pick him out from a crowd.

And when he takes to the stage to perform during mugithi nights, you will think Joel Olwang Okoma is a Kikuyu.

But this is not the case. He learned the dialect when he was young, found his love in mugithi songs and currently, this is what butters his bread.

Olwang believes that music transcends tribal boundaries and that his Kikuyu friends who are mainly artistes inspired him to become a mugithi musician.

Born in Emutete village in Khwisero, Kakamega County, the Kikuyu benga musician has found a new home in Central province.

“I was born in Kakamega County. My parents were both Luhya. I was brought up with many hardships because my father died when I was young. My mother left me with my grandmother and went to Nairobi to work. She used to come home once a year. Later, we relocated to Kiambu and settled in a coffee plantation estate. Every day, I made sure that I learnt a word from my Kikuyu friends and by the time I was going to class one, I was fluent in Kikuyu,” he told The Nairobian.

Getting gigs in the flooded industry involves liaising with fellow artistes and club owners.

“God has really blessed me with mentors who have become my support system. They guide me and show me what to do in order to improve my songs. They help me a lot especially when it comes to landing gigs in clubs, birthday parties and funerals,” he said.

Olwang's husky voice is a familiar one to mugithi lovers, which is usually blended with a keyboard sound.

His key board prowess and love for mugithi has earned him the nickname ‘Tony Wa Kinanda.’

He has been singing mugithi songs in various towns and clubs in Mt Kenya region.

When The Nairobian caught up with him in one of clubs in Kiambu, he was carrying a guitar and a keyboard and one could see the jovial mood among his fans.

“I’m one of the best keyboard players in the mugithi industry. Many people are used to mugithi songs that are blended with the sound of a guitar but I offer a different kind of music. Having spent part of my childhood in Kikuyu land has contributed a lot to the kind of music I do,” he said.

However,  not everyone is open to the idea of him being a mugithi musician. “I started as a gospel artiste but a certain pastor disappointed me, which made me switch to secular music. It was not easy but I had to learn. I enjoy my music because it comes deep from my heart. There is something about Kikuyu language and music that excites me.”

The 28-year-old is always accompanied by a team of six, which comprises three dancers, two back ups vocalists to provide harmony and a drumist.

Olwang says his biggest challenge is “when payments are done. Many clients opt to pay via Mpesa, but they end up reversing the money because of my name. They are confused because they assume I am Kikuyu. I’m forced to convince them so that they can send the money,” he said, adding that, “I choose mugithi because it was my interest even when I was doing gospel music. My fans have embraced me in a great way and my songs are doing well. My song, Wendo Niuri Kiriiga is receiving good air play.”

Olwang, an alumnus of Machiri Primary School, says that his passion of getting into secular music landed him in trouble with the church administration.

“I was the caretaker of a church in Kiambu town and would sneak with the church equipment during the night and go to clubs to sing mugithi. I did it for five months without anybody noticing. But one day, I was caught. On that day, there was a kesha but I was not aware. They stormed the club and demanded for the equipment. I pleaded with them to let me finish the show but they refused. The pastor told me to never step in the church. I felt bad because I had no ill intentions. I was just after my dream. I left that church. I was forced to start hiring the equipment.”

He previously worked as a matatu conductor and later ventured into selling sausages on the roadside, before he found success in mugithi.

“We used to stay in camps in a coffee plantation estate and I was chased by the manager after a small tiff. There is no way you could stay in the camps without working, so I had to leave. That’s when I started selling sausages on the roadside but that business collapsed because I ended up eating all the sausages. Later, I worked in the matatu industry as a conductor, “Olwang told The Nairobian.

The father of two says that he was inspired by Gathee Wa Njeri whom he says is his mentor. “His hit song Wamunyota really inspired me to become a mugithi musician. He has been very supportive,” he says.

The clinic opens at 11 am and closes and 3 pm. In between, they only attend to babies but only checking temperatures,

Having sex on Sunday is Godly – Sue Munene

The couple who are both preachers say they have been receiving several messages from Kenyan couples who want to learn about the bedroom topic. 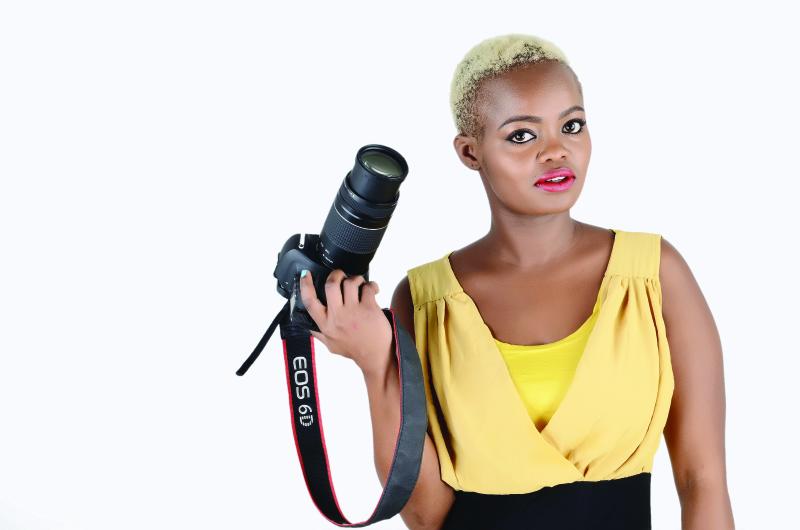 By Esther Dianah | 27 days ago