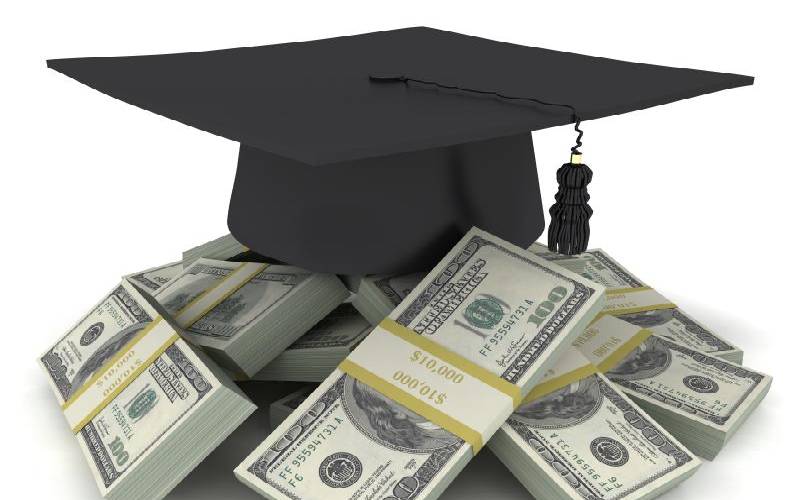 Most of my neighbours in the Baltimore apartment I stayed in were Chinese students studying medicine. We would file into the Johns Hopkins University bus every morning – them to the medical school across the town; I to the The Baltimore Sun offices where I worked as a cub reporter.

Out of curiosity, I asked how so many of them could be doing the same course, in the same city and at the same university - one of the top medical schools in the world. It turned out that they were government-sponsored students, all expenses paid and with a return ticket. Never mind their austere mannerisms supplemented by quaint Chinese cuisine. Every evening, the distinctive smell of Chinkiang vinegar, ginger and garlic wafted from their rooms.

After graduation, another lot would come over and the same thing would play out again, and across many other Western colleges where China is vigorously seeking knowledge and skills transfer to their shores to power its dreams. I was on a fellowship programme, privately sought.

I was in awe of how China has managed to run a thorough, fool-proof student loan system that ensures that its youngsters get the best education and are tooled with the best skillset in all the competitive fields, from science and technology to social sciences across the world. This thinking must have been behind Tom Mboya’s airlifts of the 1960s.

Kwale Governor Salim Mvurya is attempting the Chinese model. Since 2013, he has shipped out dozens of locals abroad to study. The sustainability and efficacy of his model is not guaranteed. But at least he is trying.

President Uhuru Kenyatta’s BBI popularisation forays took him to Mathare – one of the most populous and poorest areas in Kenya. His offering for fixing the 'unfairness' in resource distribution through BBI caused much derision on social media for its simplicity. What the president probably wouldn’t know is that even for the Mathare youth, the Sh500 doesn’t come easy, just as it is for the student queuing for the Sh100,000 bursary cheque. Yet this encapsulates what is at the heart of our problems.

For in truth, the Constituency Development Fund is an acknowledgement that the whole edifice of the civil service bureaucracy (or State) is not working perfectly to ensure inclusivity, fairness, transparency and equity in the disbursement of loans and grants to deserving, and most importantly, to provide the critical ingredients for the economy to thrive so as to cover everybody’s basic needs, including health, education, food and housing. Its leaders’ pragmatism streamlined public service and the bureaucracy such that in just under 40 years, China elbowed its way into the league of economic powerhouses.

The Hustler Nation champions have marinated themselves in wild thoughts of disrupting and wrestling down the 'system' controlling the political economy, power and resource distribution. Many of us are beneficiaries of former President Daniel Moi’s quota system. Its equalising effects remain profound across the marginalised regions of North Eastern and other Asal areas. Why was it abandoned?

Historian Charles Hornsby in his 2011 book, Kenya: A History since Independence, argues that the country is yet to attain the bureaucratic ideal (like that which has driven growth in China and South Korea) because of the dominance of “patron-clientelism and the personalisation and enthnicisation of decision-making and the limited capacity of the bureaucracy to execute policy”.

He adds that since independence, Kenya’s leadership has hidden behind (theoretical neutral) bureaucratic processes. In this case, the State is not impersonal, “but a coiled mass of interests harnessed by a partial bureaucracy towards the wishes of the dominant political thread”.

And hence the obsession of the government to do big things; build roads, build hospitals, build stadiums, connect water, educate the poor masses and so forth. The ingenuity in private enterprise to trigger sustainable growth is often understated.

Governments merely exist to make it easy to make wealth and spur communities. The Economist put it aptly: “Corruption (in government) deters private investment, misallocates resources and generates social grievance”. In a corruption-riddled system, the poor and the vulnerable suffer the most as essential services and basic goods and services are unreliable and cost more, mostly beyond the reach of the poor.

-Mr Kipkemboi is an Associate Editor at The Standard