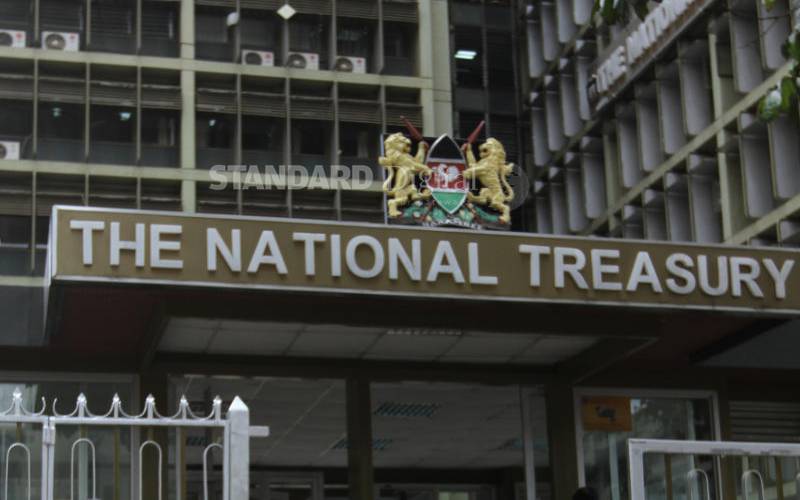 The pain motorists will feel at the pump will get sharper outside of fuel stations as a cash-strapped government seeks to fund a revised Budget of Sh3.01 trillion.

Draft estimates released last month had put the spending plan for the year from July 1 at Sh2.968 trillion, which is Sh48 billion lower than the new figures released over the weekend.

The Treasury is betting on the reversal of Covid-19 tax relief measures and a raft of new levies, such as the digital service tax and minimum tax of one per cent on a company’s gross turnover, to raise more revenue for the 2021-22 financial year.

The State’s hunger for more cash comes despite it acknowledging that the economy is in bad shape.

It is a sure warning to taxpayers to prepare for an ultra-aggressive taxman.

The new digital service tax, charged at 1.5 per cent of gross transactions, will likely be passed on to those shopping online, with critics fearing it will kill the country’s nascent online shopping space.

With a lot of businesses still reeling from the adverse effects of the Covid-19 pandemic, critics have also reacted sharply to the minimum tax, which is aimed at collecting taxes from an enterprise whether it makes profit or not.

But despite the government itself acknowledging that the economy is not yet out of the woods, it has gone ahead and raised the tax collection target for the current financial year ending June 2022, the final Budget Policy Statement (BPS) just released shows.

This means that the Kenya Revenue Authority (KRA) will be expected to more aggressive in the collection of taxes.

BPS, a blueprint for the government’s development agenda for the upcoming fiscal calendar, has been tabled in the National Assembly.

More critical is the decision by the Treasury to revise upwards its target for fees and fines from State corporations, technically known as ministerial appropriations-in-aid (AIA), compared to its estimate in the draft BPS.

The government expects to raise Sh258.3 billion from AIA, up from an earlier estimate of Sh220.5 billion highlighted in the draft BPS.

The government also expects to cash in on the Petroleum Development Levy, whose rate was increased 13-fold to Sh5.40, thus the adjustment in the AIA target.

Already the cost of fuel has risen to its highest level since July 2019 following the increase in the global cost of crude oil in recent months.

Retail prices for super petrol went up by Sh8.19, which means it will cost Sh115.18 in Nairobi.

Diesel and kerosene prices also increased by Sh5.51 and Sh5.32, respectively, according to a statement from the energy regulator (see separate story on Page 34).

The revision of the petroleum levy contributed to a growth of 16 per cent in the ministerial AIA revenue for the period ending December 2020, compared to growth of 0.2 per cent in December 2019.

An increase in fuel prices has far-reaching effects on the cost of living, affecting among other things the costs of transport and electricity.

Moreover, because diesel is an integral input in the production of most agricultural and manufactured goods, prices of most items are likely to shoot up due to a spike in the price of the fuel.

The Exchequer further projects the economy will produce goods and services valued at Sh12.39 trillion in the 2021-22 financial year, which is a decrease from an earlier estimate of Sh12.44 trillion in the draft BPS, reflecting a downward revision.

Nonetheless, the government went on to increased its tax collection target by Sh11.2 billion, with KRA now expected to mobilise Sh1.775 trillion in taxes in the 12 months to June next year.

This means that the taxman, which received additional grants in the mini-Budget that was released last week, will be looking to collect each and every shilling it can.

“Going forward, we expect revenue collection in the FY 2021-22 to spring back buoyed by the improving economic environment, tax policy and revenue administration measures that we have put in place,” said Yatani.

Besides out-of-court settlement, KRA will most likely rely on technological tools such as the Excisable Goods Management System (EGMS) to ensure revenue shortfalls do not grow from a gap to a chasm. This will see greater oversight on the requirement to affix excise stamps on excisable goods, such as wines, spirits, beer, cigarettes, bottled water, juices and soda.

Recurrent expenditure, which includes spending on wages, payment of interest on loans, pensions and other administrative costs, has also increased by Sh11 billion to Sh1.986 trillion.

However, development spending has been reduced slightly from Sh611 billion to Sh609.1 billion.

The Budget deficit, which is the difference between expenditure and tax revenues, has also narrowed from the earlier projection of Sh983.7 billion to Sh976.1 billion.

Nothing has been left to chance, says Kagwe as vaccine roll-out set for Friday