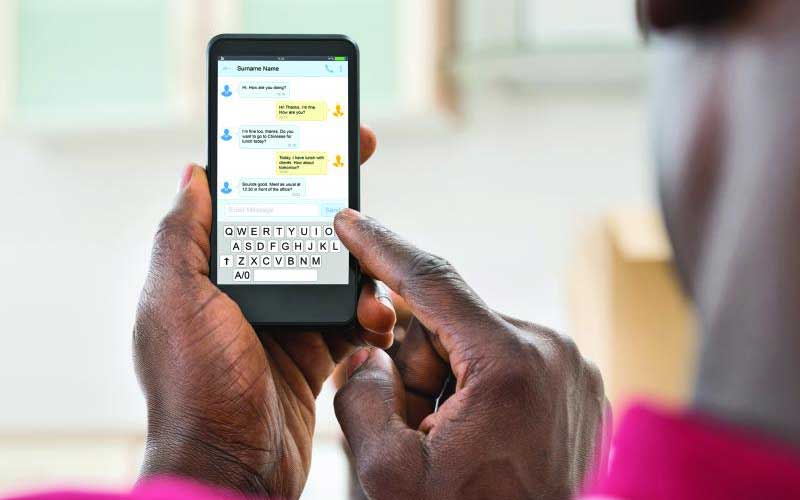 A parliamentary committee meeting ended prematurely after a senator inadvertently posted an indecent comment during a Zoom session.

The virtual meeting had been called yesterday to grill the directors of companies entangled in the controversial procurement of Covid-19 essentials to the Kenya Medical Supplies Authority (Kemsa).

Angelica Medical Director Nicholas Gitonga was being grilled by the Senate Health Committee when Nominated Senator Millicent Omanga requested that the witness should show his face when addressing participants.

“We need to see who is addressing us. From his expression, we can deduce so much from the witness. Let him be told to show us his image,” Omanga told committee chairman Michael Mbito.

Fellow senators agreed with Omanga, with Wajir Senator Abdirahman Ali saying it should be a rule that all witnesses and members who appear on the virtual platform should always reveal their identities.

But as Gitonga’s grilling was going on, it would appear that some senators were using Zoom’s in-meeting chat feature to send private messages to each other.

One senator wrote “ni kama chairman amekula (name withheld)” (Looks like the chairman has slept with ...) and sent the message to the entire group.

The comment did not immediately cause a stir until the senator realised it was visible to everyone and spoke out, saying it was wrong and done in jest to the female senator he had named.

“Mr Chairman, on a point of order, I want to apologise for what I have written. I was only joking with her and I did not wish to share it with everyone,” he said.

The session was interrupted as all participants turned their attention to the in-meeting chat and the embarrassing message.

Some senators, including their female colleague, tried to downplay the incident, saying there was nothing to apologise about and that the meeting should proceed.

But as the exchanges continued, the humiliated chairman abruptly left the Zoom meeting. The female senator was the next to leave before the rest followed suit. The meeting ended without an official adjournment.

During the session, the committee had quizzed Gitonga on how Angelica Medical had found out that Kemsa was seeking to purchase Covid-19 essentials, and how his company was invited and awarded tenders yet there had been no public advertisement.

In response, the director said they became aware there was need for vital commodities from health officials. “The information came to us through our trading activities with them. That was when we found out the things they needed. We then advised them that we had the supplies.”

According to Gitonga, the company sent a letter of intent to Kemsa to initiate the supply process. “We wrote to them indicating what we had in stock. Then we received a commitment letter from them after which we delivered the items to their warehouses.”

Others scheduled to appear before the committee were directors of Shop n Buy Limited, Bell Industries and Briema Grainstores Limited.

The manner in which the companies were awarded tenders as the Government scrambled to tackle the coronavirus pandemic has been the subject of investigations by several parliamentary committees in both the National Assembly and the Senate.

On Wednesday, suspended Kemsa CEO Jonah Manjari was at pains to explain to the National Assembly’s Public Investment Committee how companies that were not pre-qualified to supply goods to the agency got wind of the lucrative tenders.

When Shop n Buy proprietor James Chelule appeared before the National Assembly’s Health Committee, he could not clearly outline how his company was picked to supply medical goods worth Sh970 million. Chelule said the tender was his first business deal and engagement with Kemsa. Curiously, his company was registered on February 14, 2020, barely a month before the first Covid-19 case was reported in the country.