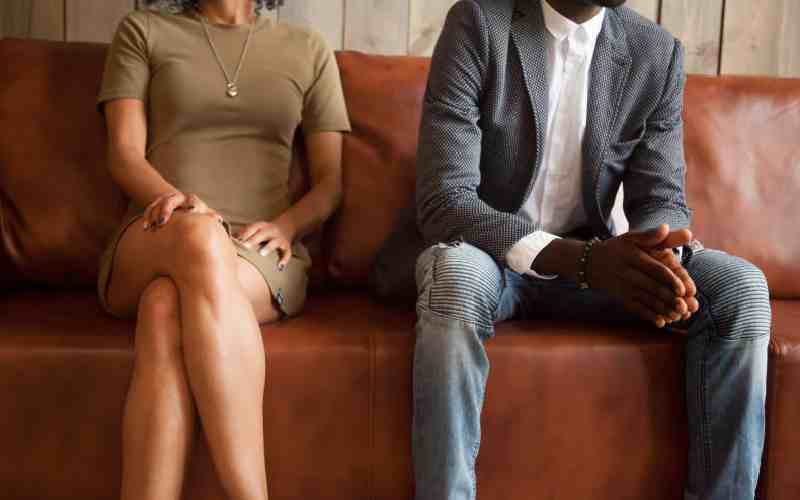 Today, let’s talk about what some of wives do to their husbands’ families once they get married.

You see, there are two types of wives, those that bring their husbands closer to the family and those that pull them further away. I have never understood why some women do that. Before marriage, they will be playing all good and will even be at the frontline organising family functions. Somehow, the moment they say ‘I do’, things suddenly change.

These women will stop attending the family functions and drag their husbands away from the same. Before you know it, the men have sunk into a bottomless pit never to be seen by their relatives unless it is unavoidable.

This is probably where the push and pull comes with in-laws. I mean, you cannot come to our family and drag my brother out of it then expect me to sit back and enjoy the show. I might not do much because both of you are consenting adults but the pain inside me will never go away.

On the other hand, catch them dead showing up for functions organised by their own families. They will act like they aren’t even aware that there’s a family function. Functions that they gladly organised and attended before they got married.

Sometimes I am tempted to blame their wives but then again I remember that these men are adults of sane mind and therefore deserve an equal share of blame. I know love is blind but I don’t think it should blind you from your own blood. Is it marriage that changes these people or is it their spouses?

As a wife, what goes through your mind when you pull your husband away from his family? Do you actually think you are doing your young family justice? From the blues, your husband is now more famous among your folks than he is among his own.

These are the same husbands who will put their in-laws before their own people. You will find them ‘beefing up’ their in-law’s homes making them presentable at their wives command while their own homes are almost becoming ‘extinct’.

These women who pull our brothers away from us are the same who will show up for an unavoidable function back at home (most likely a funeral) carrying anything and everything so that they don’t have to share what’s in the homestead. If it were possible, I am sure they would pack their own sun so that it shines exclusively over their house. That’s is if her husband was brave enough to set up his home in the neighborhood.

Most of these husbands even decide to settle near their wives homes just to please their in-laws. In African tradition, a woman leaves her parents and joins her husband but in this scenario, it’s always the other way round. The man leaves albeit unceremoniously. You will never realise they are gone until it’s too late. By the time it hits you, they are long gone and you can only access them through their wives.

Those wives will decide who meets ‘His majesty’ and who doesn’t. The sad bit is that in all this, the husband never even realises that something is amiss. In fact, they will act surprised if asked why they have deserted their people. I am just not sure yet what blinds them this much.

Dear wives, I know how possessive we can be. I know what it feels like when that little voice in us tells us that our husbands belong to us and us alone. We should, however, look at the bigger picture and instead, use our positions to bring people together rather than scatter them. This especially goes to those of us married to family bread winners. How would you feel if your bread winner was whisked away? It hurts to the core.

We might not say it because of fear of victimisation but it sure hurts. Let’s not be the reason close families lose ties. To our men, engage your sixth sense in marriage. Don’t be like a robot that depends on specific orders to act. Fall in love with your heart but take your brain with you. Those two work hand in hand. We still love you even if your wives carry their darkness to use at night when they come home. Spread love.