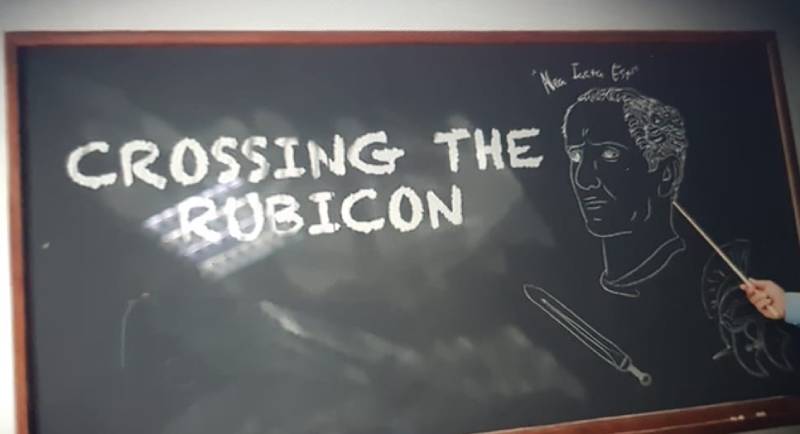 It means to challenge or confront someone. Nonetheless, in its earliest use, it wasn’t a metaphor but physical action intended to issue a formal challenge to a fight.

According to the Oxford Dictionary, the word is from gantelet, French for gloves worn by medieval knights.

In the period when loyalty and personal honour were paramount, throwing a gauntlet at the feet of the opponent was considered a serious insult that could only be answered with a duel.

The offended party was thus expected to “take up the gauntlet” to acknowledge and accept the challenge.

With time, a heavy steel armour became less common, then gauntlets referred to any heavy glove with an extended cuff to protect the wrists.

Correspondingly, the practice of using gloves to initiate contests continued until dueling was outlawed in Europe and the United States in the late 18th century.

A similar-sounding phrase, “to run the gauntlet,” has a completely different origin, deriving from the Swedish word “gatlopp” and Old English “gantlope,” meaning lane course or passageway.

This gauntlet referred to a military sentence in which a prisoner was forced to run or walk between two columns of troops as they struck him with clubs, heavy ropes, whips, or leather straps.

Though the practice was common in the British navy in the 17th century, it was also used by indigenous Americans even earlier.

Today, modern armies use less painful versions of running the gauntlet as rites of passage, and sports teams even use them as conditioning drills.

This is a metaphor that means to take an irrevocable step committing one to a specific course. It means to pass a point of no return or to cast a dice.

The metaphor, according to the ancient.eu site, was coined from a decision made by Julius Caesar in January 49 BC that later changed Ancient Rome forever.

When Julius Caesar led his troops from Gaul in January of 49 B.C.E., he paused on the northern end of a bridge.

He stood there and he debated whether or not to cross the Rubicon, a river which separates Cisalpine Gaul—the piece of land where Italy joins the mainland and at the time inhabited by Celts—from the Italian Peninsula.

When Caesar was making this decision, he was contemplating committing a heinous crime and he knew that to go any further was forbidden. In the eyes of Rome, he would be an enemy of the state but he still crossed the Rubicon, sparking a civil war.

Take something with a pinch of salt

Theidioms.com notes that the phrase means not to always believe what a particular person says since what's right for some may not be right for others.

Food is more palatable if taken with a small amount of salt. The expression originates from a story that Pliny the Elder wrote about Pompey's seizing of the palace of Mithridates.

Pompey found the king’s secret antidote against poisons that had protected him his enemies. The antidote had 72 ingredients and the last line of the formula read "to be taken fasting, plus a grain of salt.

Pliny's remark supposedly begat the use of this saying, which came to mean 'to accept something with reservations, to avoid swallowing something whole'.

The metaphorical meaning that truth may require skepticism, was not used in its current meaning till much later.

The phrase has been in use in English since the 17th century; for example, John Trapp’s Commentary on the Old and New Testaments, 1647: “This is to be taken with a grain of salt.” However, the pinch of salt variant came into use much later, around the mid-1900s.