Seven years after Westgate attack, survivor recounts as she finds mission on peace

Seven years after the terror attack on West Gate Mall, Nairobi, victims still bear scars of their brush with death.

Shamim Allu, who sustained gunshot wounds, has scars on her right arm, two on the back, and one on the right ankle. Some scars left by shrapnel are visible on her arms, legs and back.

We caught up with Ms Allu, 59, at her home in Nanyuki where she narrated the ordeal that left 67 people dead and many others injured.

At 12:30 noon on September 21, 2013, she was with her colleagues from East FM at a cooking contest for children on the mall’s rooftop. At first when gunshots rang out, Allu and her team thought it was a robbery.

“We ran to the far end of the top floor with the children for safety and remained quiet. My friend Akira ran to the opposite direction and bumped into the terrorists. They shot her dead right there,” she recalled.

When the terrorist started shooting indiscriminately, Allu knew something more sinister was unfolding. She grabbed a boy from the group and figured out how to escape.

“I could see people go through a door and I thought it was easy to help people escape. The crowd ran towards the periphery and I still held the boy,” she said. It was at that point that she was hit by bullets.

“I felt the impact on my back. I turned and noticed I had a big hole in my arm and I felt my back was wet. At this point, I knew they had shot me,” she recalled.

The attackers hurled a grenade that exploded few meters from where she had taken cover.

“My recollection of that was an explosion and the next thing I found myself on the ground, the little boy on top of me and more people on top of us. We were pinned down and the boy just died in my arms. That hit me hit very hard,” Allu said.

“Everyone kept quiet and around me was just carnage. People were in so much pain but remained quiet because we feared they could come back…there was strong smell of blood which I can never forget,” she recalled.

Help would come hours later when security teams moved in.

“By the time the Kenya Red Cross arrived, it was a long wait and I had already prepared to die in case they took longer. I still didn’t have an idea how bad I was injured. I could only see the injury in my arm,” she added.

The siege spilled to Sunday and Allu was in the third lot of survivors who were rescued.

“I knew I was shot five times when I got to the MP Shah Hospital and the medics whispered “this is five bullets” before surgery,” said Allu, adding that four bullets had lodged in her body. Only one exited through the arm.

It took her two years to internalise events of the dark day and she thanked God for another chance. “The lessons I picked were patience, forgiveness and gratitude. I learnt that had I not been shot, I would not be the person I am today,” she said.

Asked what she would do if she met the people who shot her, Allu said: “I would slap them and thank them because they changed my life for the better.”

Her father passed on two years later from post-traumatic stress disorder due to the terror attack.

Coincidentally, the world marks the International Peace Day today (September 21) - the date Allu went through a life-changing ordeal that saw her find solace in preaching peace through tree planting under the Trees for Peace initiative. She has so far planted 2,300 trees.

Allu said she derives motivation from the tradition of American troops of burying tools of war and planting trees over them as sign of peace and healing. 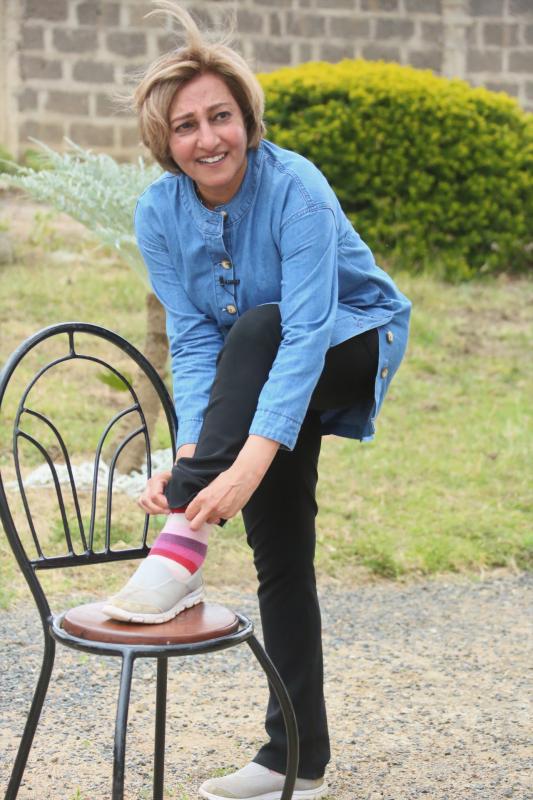 “The soldiers buried bows and spears but I want letters on the ordeal, to bury them and cover the holes with trees. I identify anger as the weapon of war on that fateful,” she said.

Having signed up for Rotary Eco-Club, Allu plans to fly to Nepal on a journey to be a peace ambassador by getting to the base camp of the tallest mountain, Mt Everest in September 2021 in a campaign she terms as “conquering my mountain.”