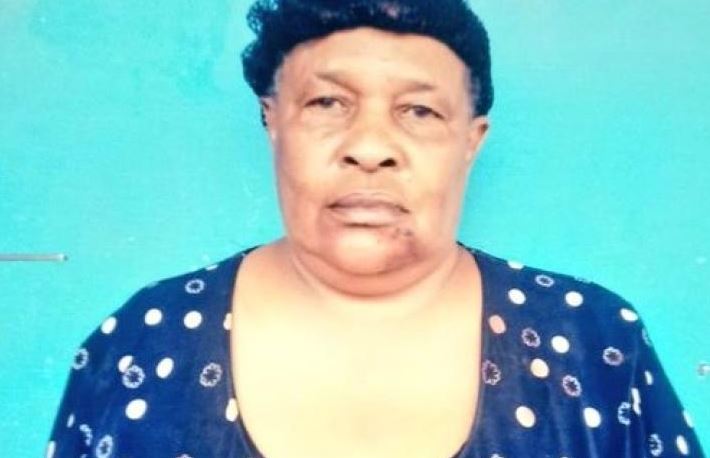 When the class of 1974 at Pangani Girls High School was being taken through orientation, one girl, Joyce Wairimu Kariuki (pictured), stood head and shoulders above her classmates.

She was taller than most and more talkative. She was assured and had a self-belief alien to many Form One students.

Everything pointed towards a bright future. And she did. But only for a small period of time before the allure and promise of the criminal underworld entangled her in a never-ending embrace.

On August 5, Wairimu, now 62, was handed a 35-year jail sentence for the latest in a string of offences that put her in constant clash with the law. Even on that day as her sentence was read out, nothing about her grandmotherly face could betray a history of crime.

After secondary school education, Wairimu joined Kenyatta University College for her degree in Education before landing a job with the civil service. Her academic record and sheer brilliance shortened her journey to the top echelons of civil service.

In a few years, she had risen from a junior clerk to the powerful post of Senior Secretary in the Office of the Nairobi Provincial Commissioner of Cooperatives where she worked for close to two decades.

In two decades, she got married and had two children, a daughter and a son. The prestige that the community attached to her career and her seemingly blissful family life was enough to warrant her appointment as an elder of the Presbyterian Church of East Africa Women’s Guild, serving different chapters in Nyeri and Nairobi.

Her star was on the rise, until a certain trail of paperwork was discovered, blowing open her criminal leanings.

Yesterday, Wairimu’s daughter spoke to the Sunday Standard about her mother’s life as a mother, a staunch Christian and eventually as a criminal.

Muthoni Wanjau, her first born child, says it’s hard to explain why her mother had turned into crime. She thinks her mother is jinxed, partly because she has always had the knack to blame the devil whenever things went down.

“I don’t know what gets into me. I don’t know if it’s the devil,” is the standard response given by the mother to her children whenever they ask of her life in crime.

For the family, everything seemed to be going on well until 2002 when the mother walked out on them, keeping her whereabouts secret.

It is coincidentally the same time Wairimu’s husband discovered that his wife was in the process of changing ownership documents to property and other investments registered in his name.

Life has been on a downward spiral since then for the former civil servant.

The next two decades were a complete opposite of the previous 20 years. Instead of rubbing shoulders with the high and mighty and walking into church in the full glory that the office of the Women’s Guild is accorded within the PCEA circles, she was spending her time running from the law, hopping from one courtroom to another, hearing out judgements and convictions and spreading her low-key criminal enterprise across five counties.

In 2005, just three years after walking out of her marriage, Wairimu presented forged cheques worth Sh1.7 million and Sh1.8 million at a local bank from a cheque book stolen from Treasury. She was with four others. Their mission was not successful. She was arrested and her charge sheet was in contrast to her illustrious professional CV.

She was charged with stealing and forgery and sentenced to three years in jail.

On face value, the three years looked like a breeze. But as soon as she was to be released, she was to serve jail term for another case in which she had been found guilty - a two-year sentence handed by Nyeri court, again related to theft and forgery. She was to start her jail term on January 10, 2007.

Four months after the Mombasa sentencing, Wairimu was handed yet another three-year jail sentence by a Nyahururu court. This sentence was to start on March 5, 2008.

In total, Wairimu was to serve 15 years and six months. And she began serving them, until 2016, when she was freed on a presidential pardon.

With such a past, family and friends hoped she would remain on the straight and narrow. But she soon returned to her old ways. She couldn’t resist the itch. At 62, she had lost some of her cunning and guile. But there was still one thing she could command, violence.

On April 17, 2019 Wairimu was part of a four-person gang that violently robbed a lorry driver of his truck. Even before the driver recovered to get to the nearest police station and report the case, the lorry had already crossed over the Kenyan- Tanzanian border where it was sold to a regional motor vehicle syndicate.

Just three years after a presidential pardon, Wairimu, illustrious civil servant, church elder, mother and wife found herself before the courts again. For her latest offence she was slapped with a 35-year jail term.

Muthoni, however, remembers the good things about her mother and remains hopeful that she will one day walk out of the Lang’ata Women Prison gates into a life devoid of crime.

“Anybody who knows my mother will tell you that she is very kind, humble and outgoing. While growing up, she was very protective of us,” Muthoni says.

Wairimu, although loved and adored by her children, only went back to her matrimonial home one other time, during the burial of her estranged husband. She however left soon after and now looks to start over in yet another chapter of her life.