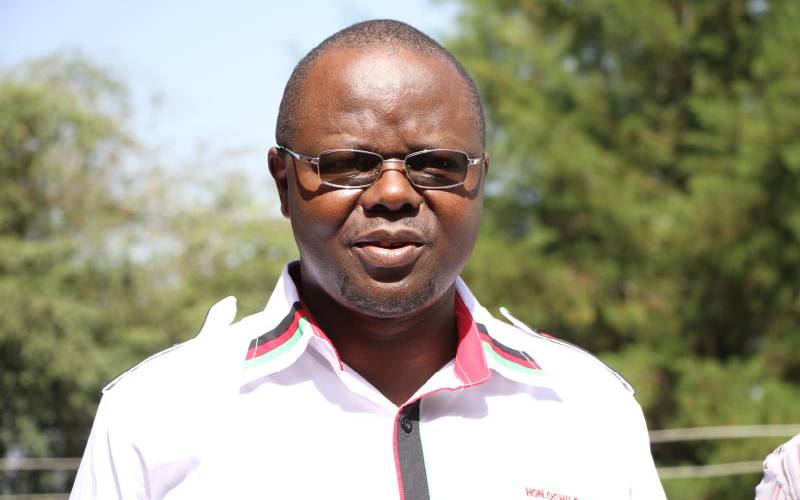 Some 18 counties from marginalised areas are likely to lose close to Sh18 billion in a compromised formula for sharing of revenue among the 47 devolved units.

The new formula for sharing revenue has given proportionate consideration to a county’s health status and its ability to raise revenue, unlike the current proposal that gave significance to a county’s population.

The Commission on Revenue Allocation (CRA) under the second formula had proposed to use six parameters, with population allocated the lion share at 45 per cent, basic shareable revenue at 26 per cent, 18 per cent on poverty index and eight per cent based on geographical size of a county. One per cent would be allocated based on the level of development in each county.

In the new formula, the health sector has been allocated a weight of 15 per cent, as agriculture gets 10 per cent, water three per cent and all other county functions 18 per cent respectively.

The formula has sharply divided senators, with those from counties with high population throwing their weight behind it while those from sparsely populated counties crying foul.

Showdown now looms at the Senate where a protracted battle will ensue among the Senators when they convene for a special sitting to adopt or reject the motion for the formula.

Leaders from counties with large land mass but sparse population have opposed the formula, complaining that if adopted by the Senate, their region will lose up to Sh15 billion.

However, members of the Senate Committee on Finance and Budget convened yesterday to strike a balance on the issue that almost degenerated into a fist fight between those for and those against.

“A county population and its ability will get a significant factor in our proposal to the House. It will be interesting to watch the debate tomorrow (today) as we discuss this matter which is equally emotive,” said Migori Senator Ochillo Ayacko (pictured).

The formula, popularly known as Meru Senator Mithika Linturi Formula, is the new prescription that is expected to ensure that at least 29 counties gain while moderating 18 others which are losing a billion each.

In the new proposal, the parameters of population and basic revenue share has each been allocated 20 per cent, population (16), agriculture (12), poverty (14), access to roads (seven), land mass (five) and revenue effort and fiscal prudence at one per cent respectively.

Makueni Senator Mutula Kilonzo Junior, a member of the committee, has promised to rally his colleagues especially those from Arid and Semi-Arid Lands (ASALs), saying it further marginalised the under-developed.

According to Kilonzo, the new formula adopted by the committee favours the devolved units perceived to be richer and with huge populations.

“We arrived at a mini-conscious. The majority of the counties are benefiting from the proposal which has been agreed by members. I opposed that proposal, which has 29 counties gaining while 18 are losing. I will propose we make an amendment so that we reject the formula and revert to the old one that had a balance between the perceived richer and poor counties,” he said.

Is this the right time to start a business?

By Special Correspondent | 14 days ago