Concern over poor quality of key antibiotic sold in Nairobi 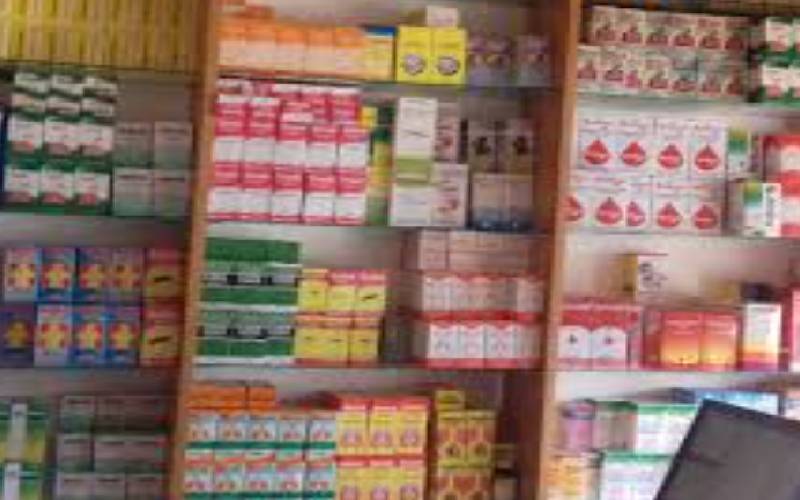 Nearly 40 per cent of the most commonly prescribed antibiotic sold in Nairobi is substandard and poses a danger to patients and the health sector, a report has revealed.

A survey by the Kenya Medical Research Institute (Kemri) and Kenyatta University also showed that all the sampled amoxicillin was imported.

“Overall, 37.7 per cent of the samples analysed were of poor quality,” said the report’s authors, further warning that this could be a problem across the country.

Samples from the central business district had the highest substandard prevalence at 11.3 per cent, followed by Kibra and South C (7.5 per cent), South B and Kayole (3.8 per cent), and Kangemi and Westlands at 1.9 per cent each.

Amoxicillin is one of the most affordable and easily accessible antibiotics in the country. The penicillin-based drug is used to treat a wide range of bacterial infections, including pneumonia, skin conditions, bronchitis, and infections of the ear, nose, throat, and urinary tract.

The authors had first warned of the presence of substandard amoxicillin in Nairobi last year during Kemri’s annual scientific conference.

The details were published at the weekend in the journal BioMed Research International with the authors suggesting that more surveillance is needed to determine the actual magnitude of the problem. “There is a need to extend the study to other counties to inform on the situation of antibiotic quality in the Kenyan market.”

Last year, there were 22 million hospital visits due to respiratory system infections, 4 million due to skin infections and 2.5 million urinary tract complaints. Almost all patients were treated with amoxicillin.

The study warns that the presence of substandard amoxicillin risks poor treatment outcomes and the possibility of building resistance against the crucial antibiotic.

The researchers had purchased 168 amoxicillin samples from retail and private hospital pharmacies located in different income zones across the county.

In Westlands and Karen, there was more stocking of expensive originator brands while Kibra and Kayole had the highest number of cheaper generics.

But rich or poor, the report says, no area escaped the presence of substandard products. “There was no relationship between socio-economic setting and product quality.”

The team tested a total of 106 different brands, out of which only 21 were locally manufactured.

Significantly, none of the poor quality drugs were from local manufactures. Instead, the highest number of substandard samples were from India, followed closely by those from China.

Samples from the same manufacturers were also found to be of different quality, an indication of poor production practices.

Barca yet to decide if Suarez ready to start, says coach