THE STANDARD INSIDER
By Jacqueline Mahugu | May 25th 2020 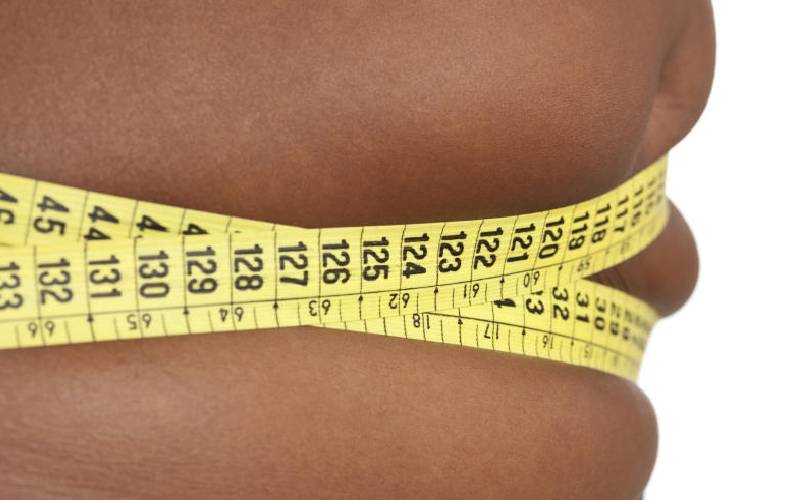 They call it the French Paradox; the fact that the French suffer very low rates of heart disease deaths and maintain svelte bodies, despite dining on foods that have been known to be anything but healthy. Songs and books have been written, and web pages filled about how the French stay thin. Of how Parisians keep lean despite living in a city overflowing with pastries, wine and cheese.

But a walk down any major city in Kenya will reveal a totally different picture. We are a heftier lot. Literally.

But it isn’t just a Kenyan problem – and even the French are catching up. We are becoming an obese world.

Surveys indicate that the rates of obesity have more than doubled globally since the 1980s. The 2014 Kenya Demographic and Health Survey (KDHS) showed that women were the biggest victims of the epidemic.

Psychopaths in the workplace

But who can be described as obese?

Medically speaking, obesity refers to the condition where one carries excess body weight, with a body mass index (BMI) of over 30.

For many decades, Prof Bitange Ndemo was one among millions of clinically obese Kenyans. At 120 kilos, his presence loomed large in every room. And while that definitely worked for a technocrat in government, his health was straining.

When he got hypertension, his doctor told him that the rate at which he was adding weight guaranteed he was going to get diabetes, especially because of his family history – his father died from diabetes-related complications when Ndemo was only seven. Four of his brothers had succumbed to it and his sisters all had it.

“This scared the hell out of me,” he says.

Ndemo was right to be worried. Diabetes is characterised by chronic hyperglycaemia, or raised blood sugar, and in addition to often being fatal, requires lifelong treatment and can damage the heart, blood vessels, eyes, kidneys and nerves.

Dr Martin Karanja says doctors are seeing an increased number of patients, also increasingly young, coming in due to weight-related issues, such as high blood pressure.

“Most people don’t come in to be treated for weight, they come complaining of other issues like back problems, joint problems, especially with the knees, uncontrollable blood pressure, problems with sleeping, but the underlying factor is usually that a good number of them are obese,” he says.

According to Karanja, people should be concerned when they start gaining excess weight because of the issues that may arise due to excess calories in the body.

“Medically, we calculate it as the BMI. If somebody’s BMI is between 25 and 29, they are overweight. From 30 and above, they are obese. That is where obesity becomes a modifiable risk factor for various conditions, high blood pressure being the most common one. Modifiable means you can do something about it,” he says.

With all the facts served, Ndemo began working on his weight.

“I was 120kg. At first, it was very painful to wake up and run 15km every day. I run 21km on weekends. When I finish the run, I feel so good and accomplished. So I anticipate the feeling and that is what keeps me going. I am now 82kg.”

Also, his diet had to change.

“It was very difficult to reduce my food intake. I used to knock down three chapatis, but I eat only one now. That discipline is not easy to attain. I did it for my health. I didn’t want to end up like my brothers and father,” Ndemo says.

This intense discipline is hard to achieve and sustain, and for many Kenyans, a sedentary lifestyle is their undoing.

The KDHS survey showed that when men and women between ages 15 and 49 were asked if they exercises, the answers were sobering – “62 per cent of women and 59 per cent of men were not involved in exercise that caused an increase in their heart rate for at least 10 minutes continously,” the report read.

That was just 10 minutes, yet the minimum recommended, according to Karanja, is at least 30 minutes, three times a week.

Dietwise, a 2015 STEPS Survey found only six per cent of Kenyans consumed the recommended five servings of fruits and vegetables a day.

Being obese has been shown to increase one’s chances of getting cancer. These include cancers of the breast, uterus, pancreas, prostate, endometrium, oesophagus, gall bladder, kidney and colon.

“We have adopted sedentary lifestyles where we eat wrong and don’t exercise, so now we just have a lot of calories stored in our bodies with nowhere to burn them,” says Karanja.

The result of this is people contracting non-communicable diseases such as high blood pressure, diabetes and high cholesterol (hyperlipidemia) at a worrying rate.

“This has gone to the extent that if you remove cancer from the equation, you find that diabetes and hypertension are the leading causes of heart disease, which, in turn, is a leading cause of death today. As a risk factor, obesity is also one of the factors associated with the development of cancer,” he says.

It is also arising that obesity is a risk factor for coronavirus fatality. A study of about 17,000 patients with Covid-19 in the UK found that obese patients had a 33 per cent greater likelihood of dying than those who were not obese.

Additionally, studies also show that individuals who are obese also struggle with issues related to their mood, self-esteem, quality of life and body image.

Thomas ‘Big Ted’ Kwaka, at 6’4 weighed 174 kilos at one point, and unlike Ndemo had tried numerous weight loss regimes that all failed.

But it wasn’t physical health complications that got him cracking the whip on his weight – it was the self-esteem issues. He once broke a chair at a wedding and had other similar incidences that slowly chipped away at his confidence.

“One of those was when travelling to Maasai Mara in one of those small planes and hearing the pilot call out about someone who needed an extension seatbelt,” says Big Ted.

“Sitting in a bus and being conscious of the fact that you can’t fit only in one seat or even going to shops when there is a big clothing sale or thrift markets like Gikomba and they can’t find your fit. And when they find it, you pay a premium for it.  It was depressing. And it affects your mind.”

When working out and diet changes didn’t seem to be working, he opted for a mini gastric bypass surgery after he met a doctor who told him about it. The surgery was in India.

“I can now only eat a fraction of what I did. I am now 100kg ... and now I can fit into anything. And I have too much energy, don’t snore anymore and I can get by on less sleep. It is a whole new world,” he says with a laugh.

But what about his mental health?

“I feel like the state and condition that I was in robbed me of a lot of opportunities, chances and things that I should have done but I was afraid to try because I felt that I could not achieve most of them. I am good now, ” says the not-so-big Big Ted.

Conversely, getting a good night’s sleep can increase desire.