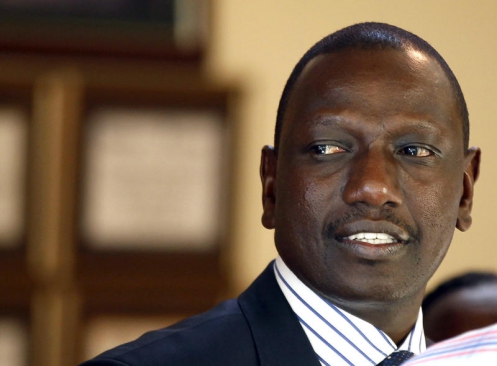 Deputy President William Ruto and his co-accused Joshua Sang have a second chance to fight use of recanted evidence in their trial at the International Criminal Court.

This came on a day Prosecutor Fatou Bensouda notified the Trial Chamber, parties and participants that the prosecution had formally closed its case.

Trial judges Thursday permitted Ruto and Sang to appeal against a decision to allow the prosecution to rely on prior recorded testimony of five witnesses who have since recanted their written statements and transcripts of their interviews with prosecutors.

The defence teams have protested against the decision to admit into evidence “for the truth of its contents” the prior recorded testimony of the witnesses, some of whom were among those Bensouda had to literary drag into courtroom for appearance last year.

All except one were declared ‘hostile’ by the judges after they betrayed the cause of the calling party and the defence teams have questioned the rationale of admitting their prior recorded testimony taken by an interested party and not under oath. The five are at the centre of the main claims against the accused and defence teams have protested the use of their evidence because they allege it was obtained corruptly and the witnesses are not available for cross examination.

Further, Ruto and Sang also contend that the amendment to Rule 68 of the Rules of Procedure and Evidence that allowed use of prior recorded testimony was not supposed to apply in the ongoing Kenyan cases.

Kenya had opposed the amendment during the Assembly of State Parties on November 27, 2013 but supported it after assurances it would not apply retroactively and in order to secure a concession to allow the trial of the Kenyan leaders to proceed in their absence.

It is against this background that Thursday’s decision by Trial judges Chile Eboe-Osuji, Olga Herrera Carbuccia and Robert Fremr to allow Ruto and Sang to move to the Appeals Chamber to contest their decision is a welcome relief.

The three judges agreed with the argument that the higher court would clear the cloud on admission of the recanted testimonies. They noted that the testimonies have an effect on the final decision of that court, thus needed a further scrutiny from the Appeals Chamber.

“The chamber is satisfied that the resolution of the above issues in the impugned decision during interlocutory appeals proceedings has a potential to significantly affect the outcome of the trial as well as the fair and expeditious conduct of the proceedings, and that an immediate resolution by the Appeals Chamber may materially advance the proceedings,” the ruling read in part.

It continued: “The chamber hereby grants the Ruto defence and the Sang defence, jointly, leave to appeal the impugned decision on the issues as identified.”

At the same time, the ICC Thursday declined to lift a warrant of arrest it issued against former journalist Walter Barasa in 2013 for alleged witness tampering. In their decision, Trial Chamber Two judges ruled that if Barasa voluntarily presented himself before the court, he would have to be detained until he applies for a temporally release.

The judges said there are reasonable grounds to believe the two are criminally responsible for offences against the administration of justice consisting in corruptly influencing prosecution witnesses.

In the Ruto-Sang case, the prosecutor had alleged there was an organised plot to have prosecution witnesses abandon the case. The judges had bought this argument but now have considered giving a fair chance for the two teams to challenge their earlier decision.

The Ruto and Sang defence teams filed their application to appeal the decision on August 31, arguing it was against the right of the two to confront incriminating evidence.

The three judges had closed doors for the two to scrutinise the evidence adduced by the four witnesses. They had ruled they would be left to decide if the testimonies would be placed as part of the evidence against Ruto and Sang or not. But the defence argued that the decision by the three judges would derail the case.

Mombasa Senator Omar Hassan: Why we picked witnesses for the ICC

Mombasa Senator Omar Hassan: Why we picked witnesses for the ICC