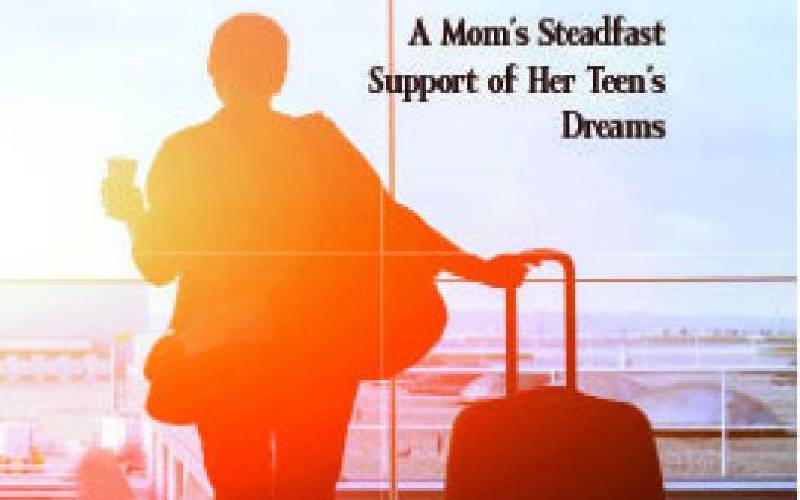 More often than not, parents want to point their children’s dreams and careers in the direction they deem fit. Technically, they put themselves in their children’s shoes and hope to hop a mile. Truth is, that is nearly impossible, because children have their own dreams.

Going the Distance by Joyce Murigi is a story based on a true-life event, written by a career mother who puts aside her career, dreams, friends and the rest of her family to travel a mile with her teenage son and help him achieve his dreams. This is Murigi’s first book but she has admirable control of her narrative.

The title is a metaphor for doing the most for the good of her son, but she still travelled the distance, miles away from her dreams. The book is centred on the journey she went for her son David.

In her book, Joyce highlights the sacrifices a parent has to go through to help a child’s dream come to life.

A story of tough choices, courage, love and setting priorities straight. It starts with Joyce’s youngest son making a request that would put her to the test. A 13-year-old asking to seek education in a far off land, away from family.

Joyce and her husband Francis honour their lastborn son’s wish, and the teen is admitted to an international school in the US. Shortly after, something catastrophic happens; a hurricane strikes the State where David is living, leaving his parents, who are miles away in Nairobi petrified, regretful, doubtful and fearful.

“Someone needs to stay with him!” Francis tells Joyce. It takes her four nights to make a decision to go be with her son.

She entrusts her responsibilities to her eldest daughter Nyambura.

In making the sacrifices, Joyce had a supportive partner by her side, which illustrates just how key family is in life’s journey.

Then the author loses me, probably because I was really looking forward to seeing her do more. But this is her story, despite what a reader carried away by the narrative and expectations might think.

I did not exactly get chills reading this book despite the fact that Joyce had it under control - most of her encounters were particularly normal.

While some parents can relate to the problems and challenges the mother goes through trying to help her son’s dream come true, many would struggle to fit into her shoes.

I was hoping for a mix of normal yet extreme struggles of an everyday woman. A car running out of gas and stopping in the middle of a six-way highway in Florida, while illustrative, also points to the choices available to the narrator; which would not be available to many an ordinary mother in the same situation.

I think our author had a specific audience in mind; who can identify with her struggles and challenges.

The story at one point moves to her childhood, and there is little to show how this past affects her parenting.

In retrospect, Joyce may have wanted to liken her encounters to that of her son.

The book is well and simply written and is good for every parent, but I do not feel connected to it. The author was simply sharing her memories, and it reads more like an autobiography.

The book is tight with little or no humour.

We do not see her having moments with her son that help us build a picture of how they relate to each other in everyday life.

When David asks Joyce who decided that she comes stay with him, it dawns on us that the boy was not consulted before the mum showed up with her bags.

This clearly says that parents often need to know how their children feel about the decisions they make on their children’s behalf.

The future is female

More developers are also embracing the fact that a villain does not necessarily have to be a male.