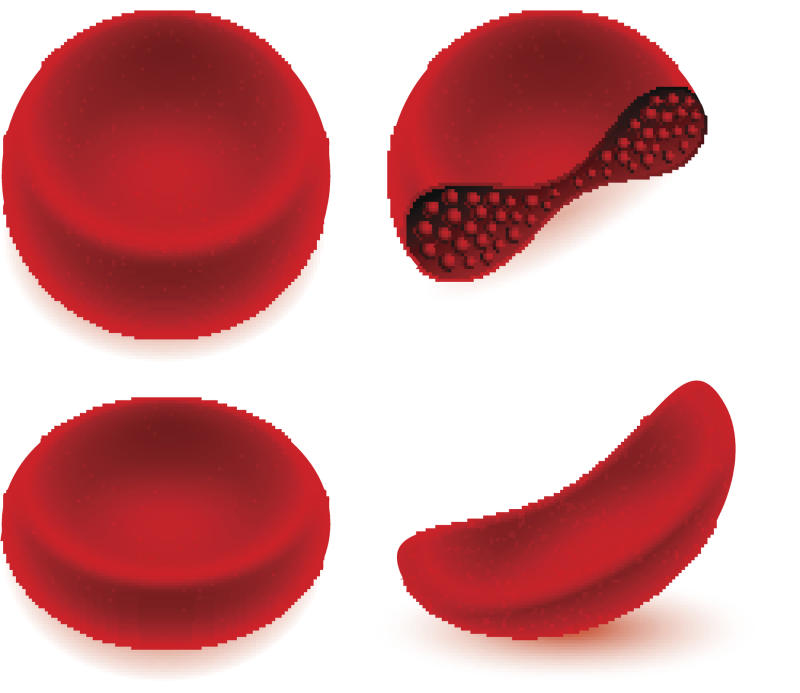 Do you always feel tired? It might be time to have blood tests done and boost your iron and vitamin B12 intake. Constant fatigue, accompanied by other symptoms that we will discuss, is one of the most common indications of anaemia.

Anaemia, also known as iron-poor blood, is a condition where one doesn’t have enough healthy red blood cells. This means their tissues and organs aren’t receiving adequate levels of oxygen.

There are different types of anaemia. People who have sickle cell anaemia or thalassemia are anaemic from birth because some genetic factors make it difficult to produce red blood cells or other components of red blood cells.

However, the most common type of anaemia is caused by iron and vitamin deficiency. When you don’t consume enough iron and vitamin B12 from your diet or supplements, your body experiences difficulties in producing haemoglobin. Haemoglobin is the protein that carries oxygen in your body and gives blood the characteristic red colour.

If you don’t have sufficient levels of haemoglobin, you essentially start to suffocate from within.

Women are more likely than men to suffer from this kind of anaemia due to blood loss from menstruation. In women, the normal red blood cell count is 12 grams per decilitre of blood (g/DL), while in men it is 15g/DL.

There are three main reasons behind iron-deficient anaemia: blood loss (from bleeding or menstruation), low production of red blood cells (diet deficiency or genetic disorders), or an illness that increases blood cell destruction.

However, unless you have a blood test, you might not realise that you are deficient. But if you know the symptoms to look out for, you might be able to tell if you need your iron levels checked. Here are some of the most common symptoms of anaemia:

When your organs and tissues aren’t receiving enough oxygen from your blood, you will start feeling like you are suffocating. Your breath rate increases as your body tries to get more oxygen to the organs and muscles. You might especially find it hard to exercise or take the stairs.

In addition to shortness of breath, you might feel dizzy when you exert yourself – such as by taking a brisk walk. This is because your brain isn’t getting enough oxygen. If you find yourself feeling dizzy and breathless after a brisk walk that you found easy a few months ago, it is time to get your blood iron levels checked.

Do you find yourself craving soil? The desire to eat non-food items, known as pica, is one of the common symptoms of anaemia.

People with an iron deficiency often crave things such as chalk, clay, ice, paper and soil. These cravings are common in pregnant women – who need more iron for the baby’s development.

With fewer red blood cells to transport oxygen to your organs and tissues, the heart might compensate by beating faster. You might notice heart palpitations, abnormal heartbeat, or even chest pain.

In the most severe cases, this can lead to an enlarged heart, heart murmur, or even heart failure. Heart-related symptoms of anaemia are not very common - you would have to suffer from the deficiency for a long time to have them. Don’t dismiss any heart-related symptoms. The sooner you see a doctor, the better.

Beneath your skin are capillaries that carry blood. If you don’t have sufficient blood coursing through these vessels, you are likely to start looking unusually pale.

If you have dark skin, it might be more difficult to spot this common symptom of anaemia. But you can still tell by looking at the colouring on the inside of the lower eyelids, inside the lips, the gum, or even the nails.

Paleness is seen in both moderate and severe cases of anaemia. It is one of the first symptoms that the doctor will check when they suspect iron deficiency.

Are you getting more irritated than usual? If you have some of the other symptoms listed here, it is highly likely that you’re suffering from anaemia.

Other than the physical symptoms, anaemia usually manifests in a host of psychological symptoms including irritability, poor concentration, anxiety and depression.

In studies, people with anaemia are four to five times more likely to perform worse on executive function tests that measure the ability to strategize, solve problems, and assess danger.

The condition of your tongue and mouth can be a good indicator of what is going on in your body.

Paleness, sores, swelling and pain of the tongue or mouth are common symptoms of iron deficiency. This has something to do with decreased blood flow to the mucous membranes in the mouth.

Restless leg syndrome is a condition that causes an uncontrollable urge to move your legs while at rest. It can cause unpleasant crawling or itchy sensations on your legs and feet.

Restless legs syndrome is one of the less common symptoms of anaemia. Up to 25 per cent of people with restless leg syndrome are thought to have iron-deficiency anaemia – the lower the levels of iron, the more severe the restless leg symptoms.

A common indicator of iron deficiency is brittle nails that chip easily. The nails might also develop a spoon-like shape and have unusual lines. This condition is known as koilonychia. Just like your nails, your hair might get dry and brittle when you have iron deficiency. This is due to reduced blood flow to your hair follicles.

Anaemia is usually diagnosed by observing symptoms and a complete blood count test. The doctor will probably recommend a diet high in iron and prescribe iron supplements.

In severe cases, you might have iron therapy delivered intravenously or by injection into a muscle. If anaemia puts you at risk of heart problems, you might need a blood transfusion.

You can prevent iron-deficient anaemia by including iron-rich foods in your diet. Iron-rich foods include leafy greens, meat and poultry, liver, seafood, beans, nuts and seeds, and dried fruits.