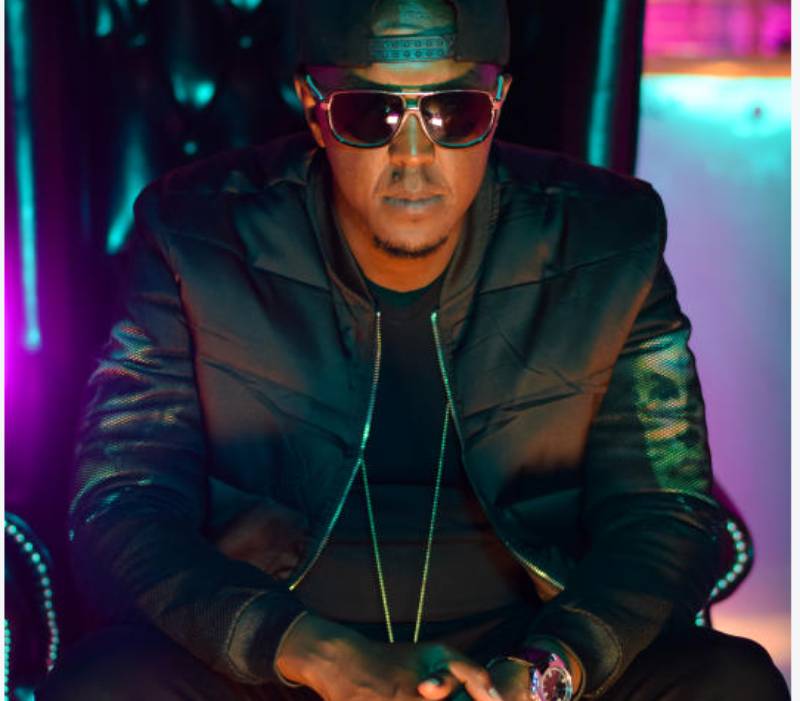 But it could also be because music apparently really does flow in his veins. His uncle was legendary Kikuyu Benga musician, Sammy Muraya, and his favourite memory from childhood is his father’s huge collection of music vinyl.

At 10, his own son is already an amazing pianist and good guitarist. “There was once they went into a toy store with his mum when he was two or three years old. You know the way you expect boys to go to the car section? He went and grabbed a guitar. That is when I knew. I was so happy when that happened,” says Wyre.

He will even cut short studio sessions just so that he can go back home. When he has a show, after his performance he hangs around for a few minutes and then leaves. “The feeling you get when you go home and your son hugs you is amazing. So if I am not at studio or at performing, I am at home,” he says.

“Children pick up on everything. They adore you as parents. He sees dad on TV, feels proud when he sees me performing and wants to be like dad. He really adores me and I don’t want to let him down. You do anything in your power to make sure you never let your child down. They hold you as a parent up high on a pedestal.”

One of his biggest unfulfilled ambitions is to do a song with Damien Marley. He curtain-raised for Marley when the latter was in Kenya, and has been his biggest fan “even before he had dreadlocks and had a big afro”.

“Funny story, in 2003 I got his album called the Halfway Tree. The Halfway Tree is a certain place in Jamaica. I love the album so much I can sing every song, from the intro to the last song. Ten years later, in 2013,I was shooting my music video in Kingston, Jamaica…at the Halfway Tree, standing at the clock that is on Damien Marley’s CD cover!” he says excitedly. “That was not just a coincidence. There is no way. Miracles do happen. Dreams come true. So if it was meant to be, it’s meant to be.”

“One thing I wish I did was to jump on the digital wave early enough. I was slow to get into social media, to be honest. I am a very private person so I like keeping my personal issues to myself. So I really kept away from it. If I had jumped on it much earlier my numbers would have been much higher on social media by now,” he said

Like many, he never envisioned social media becoming such ubiquitous part of life and as important as it is for the success of an artiste.

‘Shujaa’, the first single of the album he is working on, came out this week on his Youtube channel. “There are a lot of people going through situations right now. Either they’ve lost their jobs, they’ve lost loved ones or they’re currently ill because of the ongoing pandemic. So what I am telling people is that no matter what situation you’re going through, you can actually come out it victorious. Come out a hero. So not all is lost, whatever situation you are in. That is what Shujaa is about,” he says.

Before we end the conversation, I ask the question that has been on the lips of nostalgic fans - Is Necessary Noize gone forever? He says pretty much the same thing Nazizi (pictured above with Wyre) said when SUNDAY featured her:

“There was no official breakup. You will be shocked – me and Naz still do a lot of projects together. We actually still tour together sometimes. We have even recorded stuff but we haven’t released it yet. We started out as solo artistes and we had always planned to get back to our solo projects but it is not that we have refused to get back together. It is all about the right timing. Our solo careers have taken us all over the place so you can try and plan for sessions but one would be touring in another country. We will drop content at the right time.

The bodies of Alvina Mutheu, 3, and Henry Jacktone, 4, were found in a car parked at Athi-River Police Station on July 1.