By S M Rodriguez | 2yrs ago 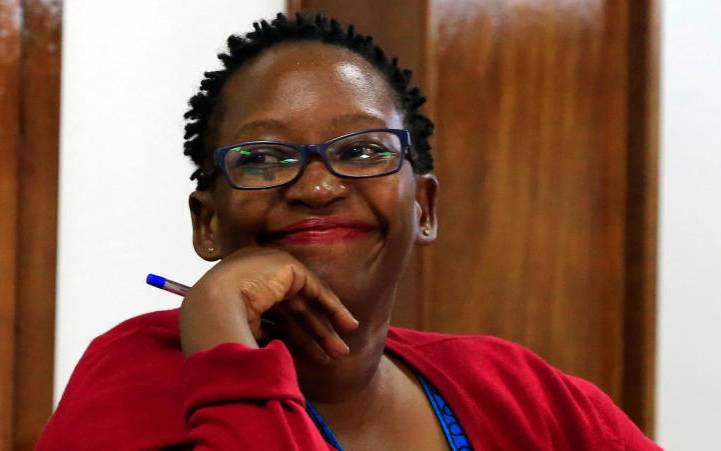 In No Roses from my Mouth, Stella Nyanzi pens 158 poems from the Luzira Women’s Prison in Kampala, Uganda.

After spending more than a year incarcerated, Nyanzi, a feminist activist and academic, won her appeal against a conviction for cyber harassment for a March 2017 Facebook post in which she referred to Ugandan President Yoweri Museveni as “a pair of buttocks”.

The poetry reads like a feminist warrior’s diatribe – taking the form of largely unedited, unpretentious protest odes. In the book she offers three volumes, each broken into three parts. Part one relates to life in prison, the second to feminism, and the third about Uganda.

Despite this provided organisation, Nyanzi’s interwoven messages prevail. For example, the brilliant poem Weaver of Mats exposes the exploitation of women’s prison labour in Uganda. This is undoubtedly a feminist, anti-carceral and Ugandan issue.

In her furious critique, Nyanzi is, in many ways, displaying a supreme patriotism: one so obviously born from a mother’s love. She displays this love in the righteous anger and ultimate hope, stern disapproval and discipline, and fierce protectiveness that African motherhood has offered many of us.

Through her words, we witness the anguish of her separation from her three children; the pride in her when they visit and do not cry.

We witness a mother who misses the father of her children, but still seeks pleasure (in Sappho Opportunities). She oscillates between wishing him to wait for her (Will You Wait for Me?) and wishing pleasure for him, out of a genuine and generous love (No Padlock on Your Loins).

Her lamentation, that “deserting them in political sacrifice is her deepest regret” rings familiar in a historical memory that includes Assata Shakur or Winnie Madikizela-Mandela, who were ripped from their offspring while fighting oppressive regimes.

Importantly, her patriotic motherliness rejects the extension of symbolic ancestral connection to Yoweri and Janet Museveni, the President and First Lady of Uganda.

She explains that many “idiots, cowards, users and jesters” use the affectionate title of “grandfather” for President Museveni. She disavows this in Not My Grandfather, stating that she will only “call him treacherous traitor”.

In this standpoint, as mother, feminist and patriot, she proposes Redeeming the Uganda Flag through mending the holes and tears of armed violence, soaking the blood stains from the cloth, and ironing its creases caused by shame. Her words lend a brilliant proposition – that we radically re-envision what it means to contribute to a country. And that, perhaps, we do so by centring the learned skills of the feminised.

Indeed, Nyanzi’s entire career has been in service to a greater Uganda, as an anthropologist unafraid to embed herself in difference.

Often referred to as a “queer feminist scholar”, what is queer about her academic contributions, in this case, isn’t in relation to her own sexuality or gender (which, situational homosexuality of Sappho Opportunities aside, is publicly read as straight and cisgender).

Rather, she queers analyses in order to mend petty divisions that have led to legislative and interpersonal violence, positing an ultimately Afrofuturist question: what would collective wellness look like if we relied on an understanding of the larger truths of connected struggles? How would her beloved Uganda fare if moved forward by loving critique, camaraderie in struggle, and a desire to respect and rise above difference?

Grounding her politic in a global, Black thirst for liberation (The Power Fist) Nyanzi aligns herself with leaders who have risen in opposition to imperialism and the institutions born from colonial conquest. It is for this reason, I suspect, that Nyanzi experiences her incarceration with Honour Instead of Shame. The honour that she retains rests in her patriotic anti-patriotism. Rather than embracing empty nationalism, she challenges leadership in order to pave the way for more accountable governance.

Nyanzi’s most provocative analysis stems from a focus on what I’m labelling “perverse criminalisation”. That is, how the criminal-legal system sequesters and exploits those imagined as unproductive, in order to refashion them as “indebted” to the state.

The poor, the political dissenter, and the minority are corralled into carceral spaces. They are then forced into productivity through the creation of sellable goods (Beautiful Endiro Baskets, The OC Has Cows) or into political, social or physical death (Asio Died in Prison).

Nyanzi explores all of these examples in her musings. What is perverse is not the sexual and intimate desire that women experience in their desperate seeking of human connection (The Dark Kiss). It is the fact that humanity is stripped from these women by those in power, who enact immoral and unreasonable harms on the incarcerated (Murder Convicts Lead Us, Beautiful Nana).

We see this universal truth of prisons examined through Ugandan lens. People with so much to offer are entrapped, degraded and used to create products from which they cannot themselves benefit.

They are left to deal with the full-scale degradation of the maximum-security prison, where health provisions and food become currencies that arise from the context of total deprivation (Menstrual Pads are Currency, Two Mandazis Only).

Prisoners suffer labels meant to deny them of their full humanity. Nyanzi pointedly remarks on this, writing that “the institution cannot understand” her intersex prison mate.

However, it becomes obvious that the institution does not understand anyone, as even she is mislabeled postmenopausal, rather than sexual or reproductive.

While this may seem minor, the label postmenopausal informed resource distribution: both the lack of sanitary pads and the blockage of antenatal care that ultimately led to disaster as she miscarried her fourth child in prison.

Altogether, No Roses from My Mouth offers an appropriately unrefined look into imprisonment. Her words are raw, vulgar, and always political. The guttural origin of her cry reminds us of the nature of prisons. They were born from the belly of enslavement and colonialism; meant to churn African labour and quarantine unity with iron and concrete.

When reading this text, Nyanzi powerfully urges you to drop Your Aesthetic Standards and ask, “would beautiful poems dethrone a tyrant?”.

I echo this challenge and uplift No Roses from My Mouth as a crucial contribution to a long history of African women’s resistance to carceralism and the countless constrictions of our political freedom.

-Rodriguez in an Assistant Professor at Hofstra University, New York. This article was first published in the Conversation Africa (theconversation.com) 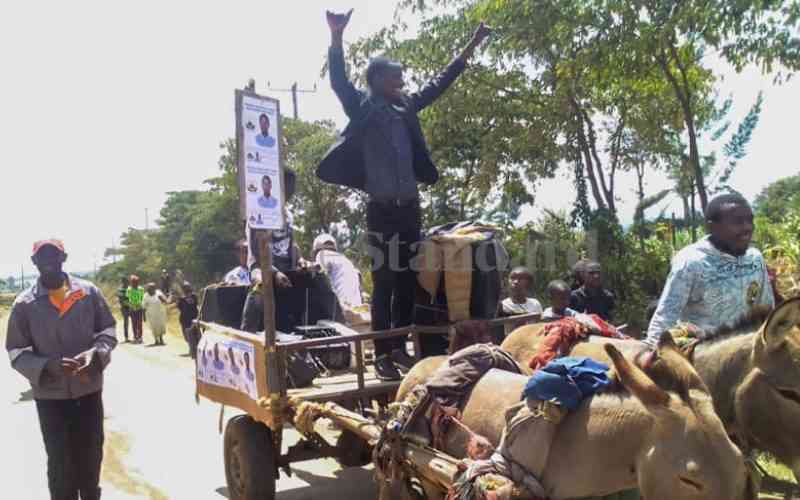