Reality of the 20-year itch in marriage 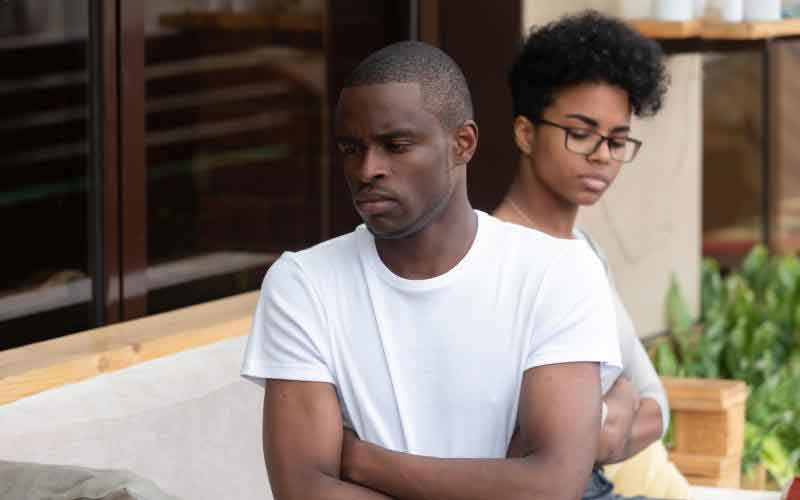 Your friends can’t understand what went wrong. You always seemed so happy together. And yet, after 20 years together, you broke up.

Actually that’s surprisingly common, even after what seems like so many solid years. A couple seems secure on the surface, but then something disturbs the equilibrium. And they part. How can that happen, after investing so much time in their relationship?

Often one of them has been secretly planning to leave, while the other had no idea anything’s wrong. So could your marriage be in danger? Chris Hart explores some of the reasons why couples decide to go separate ways after spending two decades together.

1. Dissatisfied with your partner. There are some background factors that increase the risks. Like if you don’t smile much. Or you’re dissatisfied with your relationship, and money is a constant issue. Or if any of your children were conceived before marriage. Or were difficult to rear. Or you lost a child shortly before or after birth.

2. Relationships also fall into patterns that are hard to change. Usually right from the start. Like heavy drinking or violence. Behaviour like these make even long term relationships highly unstable.

It’s also hard to stay married to someone who’s insecure. Or whose moods change abruptly. Going from a happy conversation to a towering rage in moments. Or who’s perpetually anxious about everything. Or whose behaviour is coercive or manipulative.

So take a totally honest look at your relationship. Because no matter how long you’ve been together, these are issues that suggest you might be better apart.

3. Another group of relationships that are surprisingly fragile are those where nothing’s ever gone wrong. Because then you’ve also not learned how to cope with conflict. Successful couples learn to maintain a strong relationship in the face of adversity. To cope with anger, distress and conflict. Without ever losing their commitment to one another.

4. Neglecting one another’s another common predictor. One or both of you has stopped paying attention to the other. You’re just going through the motions. Conversations have become ‘to-do’ lists and what to have for dinner. You spend so much time at work that you’re only ever together when you’re tired, irritable, and emotionally drained. You’re constantly critical and the affection’s faded away. Other strong predictors are endless negativity, playing tit-for-tat and keeping score. Mind games and winning, instead of love, communication and forgiveness.

5. Rudeness is the sign that things are moving from abstract risks to concrete reality. OK, maybe you’re both naturally sarcastic. But once sarcasm becomes real criticism and contempt, then your relationship gradually becomes deeply unhappy. You become defensive. You can’t make decisions together any more. Or work as a team. Now you’re close to the point of no return.

The actual breakup is often triggered by a change in circumstances, like a new job, moving house, or the death of someone close.

6. You start losing interest in each other’s feelings. Words like ‘whatever’ and ‘fine’ pepper your arguments. You hardly ever have sex any more. One of you’s spending most of their time outside the marriage. At work, or interests that no longer involve you both. Or watching TV until after you’ve fallen asleep. Or spending hours and hours in a bar. The process of detachment has started.

7. Suddenly you’re just not talking to each other anymore. Maybe you’re still able to discuss practical day to day stuff, but there’s no affection, poor eye contact, little or no intimacy, lots of passive-aggression or sulking, and certainly no discussion of the real issues. Chances are you’re also both carefully avoiding mentioning anything important, just in case it starts a row.

8. One of you doesn’t want to be close any more. Or is doing almost anything to avoid intimacy. There may be infidelity in the background. Or you’ve started noticing that the world’s suddenly full of good looking people again. People have started coming up to you again in bars. If you and your partner are truly close, people never ask you out. Your body language that tells everyone that you’re taken. But people suddenly appear out of thin air when you’re feeling discontented. You’ve started advertising your availability again, even if you’ve not even admitted it to yourself yet.

By now every little thing you both do is annoying the other. You’re both feeling more comfortable on your own. Doing less and less together’s one of the strongest signs that you’re drifting apart.

9. Neither of you’s listening to the other. You’re both unhappy and exhausted by all their emotions, one of you finally gives up. A deep feeling of negativity sets in, and unless you both decide to put things right, pretty soon things drift past breaking point...

But it doesn’t have to go that way. OK, upsets are inevitable in every relationship. And there are some where it is best to leave. Where there has been years of abuse, for example. But when the fundamentals are sound, relationships can always be put back on track. It’s hard work. But so long as you’re sensitive, and pick up the warning signs, it’s never too late to start putting things right.

So make time to talk. Start being 100 per cent honest, and get to know one another again. Be consistently supportive, respectful and affectionate of one another. Positive, appreciative and upbeat. Share your feelings, and tell each other that you love one another and will always be there.

10. Ask yourself if either of you are avoiding issues, or shutting down the other’s attempts to raise them.

Why did you stop talking anyway? Far too many couples simply ignore each other to death. So remind each other of the good times. Chances are you and your spouse no longer feel important to each other. So make each other a priority again. Smile and greet each other warmly, give each other simple compliments, and don’t say a single unkind word. Because more likely than not, once you start talking together constructively again, you’ll begin to draw back from the brink.

At the beginning, a relationship’s full of excitement and romance. Everything you did felt so new - and then slowly became routine. But you don’t remember what’s routine. You remember novelty. So never miss an opportunity to do something different! Go places you’ve never been before. Try new kinds of food together. Travel together. Never miss an opportunity to hold hands again. Even a few simple hugs will make you feel more connected.

When you first starting dating you would make out for hours. But somehow you’ve stopped all that. So start behaving like you’re teenagers again!

Keep alive your memories of falling in love. Constantly remind each other of your special moments and places. Talk about all the nice things that you’ve done together. How you first met. Relive your first kiss. The moment when you first realised you were an item. Your first holiday together. Talking about those first times will bring back the old closeness.

Always be open and honest with each other. Never bottle up your feelings. Nurture and cherish each other. Help each other to feel needed. Always offer encouragement and support. Share a complete conviction that you’ll always be there for each other.

Develop a self-image that totally encompasses your partner. Even as you respect each other’s individuality, become part of each other. When you’re single, you can have a self-image that’s totally focused on yourself. And be as selfish as you like. But successful couples see themselves in terms of their relationship, with shared ambitions and dreams, caring and support.

Say out loud just how much you mean to each other. Appreciate every small favour. Say ‘I love you’ as you wake up and fall sleep.

And make a point of going to bed together! Remember how when your relationship was just beginning, going bed together was the highlight of your day? But as the years passed, somehow that feeling faded. So instead, have a last snack together on the sofa, sitting close and chatting about your day. And then prepare for bed together. You’ll feel much more intimacy and warmth between you, and your sex life will definitely improve!

This matters because good sex is what holds you together. So if your intimate moments have become relentlessly one note, you need to rev things up again. Let your wild side show. Try new moves and new places. Before you know it, you’ll be in a romance that will never end.