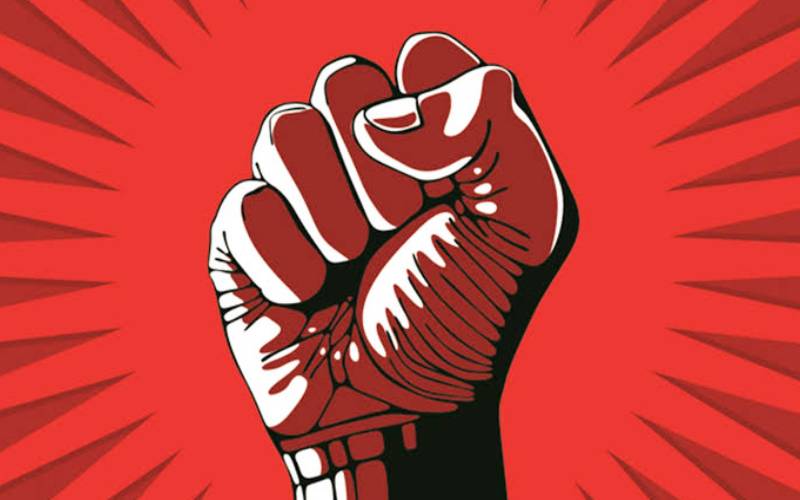 Growing up, my father never missed to buy a copy of The Weekly Review. This publication had the audacity to speak truth to power, in the days when that was not so popular.

Although I half-understood the articles in it, I still read the publication. Well, back then, we were starved of choices. We didn’t have a television set. We had one transistor radio.

Without knowing it, my father planted in my siblings and me the first seeds on civic education by dishing it to us, literally, in black and white.

No longer the leaders of tomorrow

I have been trying to open my daughter’s eyes so that she can see the political and economic happenings in our country. The good thing is that Pudd’ng is naturally inquisitive and, if she sees a matter on TV that she does not understand, she will ask questions.

“Every item that you buy in the supermarket has a 16 per cent VAT,” I recently told Pudd’ng.

“Value Added Tax. VAT is a consumption tax added to a product’s sales price. It represents a tax on the “value added” to the product throughout its production process. The tax goes to the government.”

“And what does the government do with the money?”

I told her that, ideally, the money is meant to run the national and county governments, but a huge chunk of the money is stolen by corrupt individuals. I saw her get angry. That was the reaction that I wanted. As this newspaper has been carrying stories of civil servants who have heinously enriched themselves with our money, I have been sharing the stories with Pudd’ng. Yep. She is getting angrier. I hope other kids are feeling the same way too. They are our hope.

Our kids are no longer the leaders of tomorrow. As things are, with tired old salts being recycled and handed public office, we must start preparing our kids for leadership positions at a tender age. I have been telling Pudd’ng that her generation is the hope of this country. That, like the generation of Israelites that all died in the wilderness, we all must die - figuratively and literally - to give this country a shot at entering the Promised Land.

Little rebel in the making

When I was in high school, I was a “rebel”. I don’t know if I had a cause or not, but I wrote poems and playlets against the school administration. I let my hair to grow into an Afro, and I was thinking of making locs.

Being a “rebel” in school was one thing. But outside it was a whole different kettle of fish.

One day, I came home from school with Muammar Gaddafi’s, Green Book and a bunch of subversive literature. My elder brother found them in my school bag and handed them to my dad.

Times however have changed. There is freedom of expression. Which is good for my daughter, because it seems to me that she will take the course of public service. Three months ago, she told me that she was studying the Kenyan constitution. No 13-year-old child studies her country’s constitution just for the heck of it. Is baby girl a little rebel in the making? As long as she has a cause, I will not burn any of her paraphernalia or literature.

I came across an extremely large waterfall, right there in the airport! It was almost as big as the Thomson Falls.

By Mukurima Muriuki | 5 days ago