Jasper: I'm in it for the love of laughter 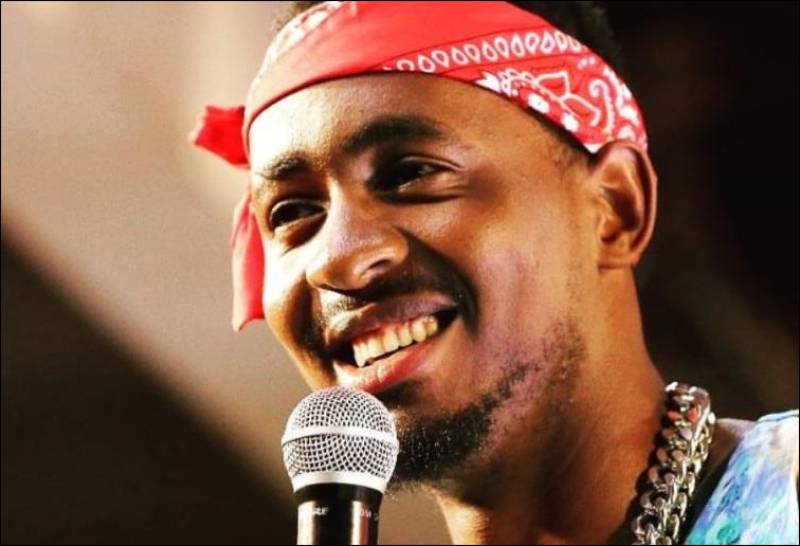 Jasper Murume is among the popular comedians on the Churchill Show. Having burst onto the scene in 2016, he continues to bring joy to the living rooms, and is only getting bigger. We spoke to him about his craft.

When he did his first show at Churchill Show, it was very, very awkward. Nobody laughed. And then it happened again at his second show, and, unbelievably, his third. He had always been funny but he could barely crack a smile from a live audience. So he left. He moved from job to job – on TV, in sales, in production – before lady luck brought an opportunity his way.

Today, anyone who watches the biggest show in East Africa recognizes his entry song, “Cash money”. I meet Jasper Murume in Java at Thika Road Mall. He has on a bright red hoodie with a caricature of his onstage character, with a ‘Yoh!’ written at the bottom. It is the standard audience response to his recognisable intro, “Cash money Baite Murume Yoh!” Today is also his 28th birthday, I learn. He is not planning to let people know, though. And he has nothing special planned.

Few people know that his real name is Jusper Mwongera. He is a regular guy – not a whiff of the air of importance you would expect from a hugely popular comedian – but he is just as funny offstage as he is onstage. And he laughs a lot.

“Laughter is what keeps me going. I like making people laugh and I like laughing at myself. If I am not performing on Churchill, I like sitting at the back, behind the audience to watch the show just so that I can laugh,” he says.

He is tall, something he says that people love to point out about 20 times a day. “People ask me, ‘You mean you are usually this tall?’ and I tell them no, it’s just today. When I eat I become shorter!” However, it is all in good humour and the 6 ft 5 man does not mind it.

He grew up making his mother laugh – the whole family back from their home in Meru is actually as funny as he is, he says. “You have not met my younger brother! He is crazy! It is only that he cannot go onstage. I have two brothers and a sister, and sometimes my cousins and aunt would be around so it was a huge family, with making jokes and pranking each other throughout.”

Growing up in the lowlands of Meru, he and his friends used to hunt in the thick forest around them. “Our village was between two huge rivers. We used to hunt, swim, explore, eat wild fruits and then go graze the cows. If you encounter a snake, you run!” he says. “It was so much fun.”

His parents were teachers and his father was an avid musician. He named Jasper’s younger brother ‘Kamanda’ after his band, ‘Kamanda Boys Band’. Kamanda is a corruption of the word ‘Commander’. “So my brother does not have an English name. My dad would sometimes come home with his band. They would make me keep the tempo by giving me a small stone to hit the table with, like a drum. I used to ‘drum’ and it would make me so drowsy the music turned into jazz!” he says laughing about how they would send him to bed afterwards.

Genesis of the love to tell stories

But he was also a teacher of English and Literature and the patron of the drama club in the school he was teaching in, so he made Jasper read books. “He is the one who made me love Literature and storytelling,” he says.

It is evident from the kind of humour he does, most of which is based on true stories. He loves telling them, even studied Mass Communication at the then Zetech College in order to tell stories in some form. “I fancied myself being a TV journalist and then they said my Meru accent was too heavy!” he says, and does an impression of a reporter with a heavy Meru accent on the field:

“As you can see mbehind me…”

“Hold up, hold up, you can’t do that Jasper, just…stop.” he lifts his hand, imitates a frustrated producer interrupting his reporting. “Just try comedy!”

My ribs are cracking with laughter as he does it. His timing is absolutely perfect.

“But I still report! Stand-up comedy is reporting, right? I get information throughout the week and then I tell it. So I am still a journalist,” he says. “To be honest I always wanted to do comedy from the word go, since I was a child. Mass Communication was what I thought would be the fastest route to the stage.”

Watching TV for the first time on a ‘Great Wall’ TV when he was in Standard Four was when he realised comedy could be a career. He would watch Charlie Chaplin and sitcoms like Bill Cosby, Fresh Prince of Bel Air and Friends, but Charlie Chaplin was his favourite. “I would wonder how they could make people laugh consistently, while also wondering where the people laughing were,” he says. That is where he learned timing in comedy from.

We go off on a tangent talking about Bill Cosby’s scandal and Jasper says? “You know I read that he was the first one to say that Def Comedy Jam was a vulgar show. 25 years later!” he gives an imaginary Bill Cosby a mock disapproving look, while shaking his head, “Bill, Bill, Bill! At least the other comedians were only vulgar in speech. You were already doing the practicals!”

Jasper had never seen standup comedy until 2008 when he watched Churchill. “I was not exposed to the Internet so I never knew it existed,” he says. “The minute I found out, I told myself I would work hard so that I could afford Internet bundles and watch every stand-up comedian in the world, even if they were from India and I had to look for subtitles.”

So that is what he did. Dave Chappelle and Kevin Hart are favourites, but he says that in Kenya he has a combination of favourites, because he likes something different about each of them.

He was not always a sought-after comedian. His very first time in stand-up was when he did a successful set in Zetech during a talent search. The next day, he participated in Mr and Miss Zetech and was runner up. Those two incidences gave him the confidence to pursue comedy professionally. Long after his disastrous stint on Churchill and having done other jobs meanwhile, lady luck made an appearance.

“I heard that Churchill was going to Meru. I quit my job and rushed there. If anyone knew how to make people in Meru laugh, it was me. That is all we used to do back there! The Churchill Show found me there and when I went to audition, the person auditioning remembered me and gave me the curtain-raiser,” he says.

A man with a heavy Meru accent became his shtick, the character he has created as a comedian, the one his avid fans are now familiar with.

“I am successful in that I am following my passion. I am so lucky to be one of the few who do what they like,” he says.

He explains what he considers to be a good set: “You have to have a strong opening and a strong closing. You have to tell the story inside, know how you are going to veer off the story, tell different stories and come back to keep telling the story. When you finish, your finish should be related to the beginning. We call that a call back,” he says.

His most disappointing moment on stage involved a drunk heckler. The fellow was at the very front and shouting that he stops. “As a comedian you have to learn how to handle hecklers. I was about to make a joke about him, but the producer said my time was up so I didn’t get to do that,” he says. He still got the last laugh, however, when just before leaving, he called the heckler on stage and told him, “address your people!” and left him onstage.

A cursory scroll through Youtube comments reveals that the good-looking, tall young man is quite popular with the ladies. He is aware of it but does not take it too seriously. “The same way hateful comments can make you discouraged, such comments can also make your head too big. So I stopped reading the comments. I consider it an advantage, but my aim is to make them real fans of the comedy itself,” he says. Those ladies will probably be happy to learn that he is currently unattached.

“I tried and I failed so miserably,” he says of his last relationship.

Most people think he is good, as evidenced by how many of them ‘slide into his DMs’ complimenting the art itself.

Does he think he is good? “I do not think we have perfected comedy in Kenya. Hata mimi naona niko na jokes,” he says, pun intended. He intends to be a comedian all his days, so he hopes that the scene will grow huge enough for it to become a comfortable and worthwhile career for many. He might also dabble in music, his other passion, but comedy comes first.

For now, he is focused on his own solo upcoming show in August called “When I Grow Up’ that should be the continuation of an exciting career.

Friday Chat with George Maina aka (Njoro) of Churchill Show

By The Conversation | 3 days ago