Are you daring enough to tour the world on a bike? 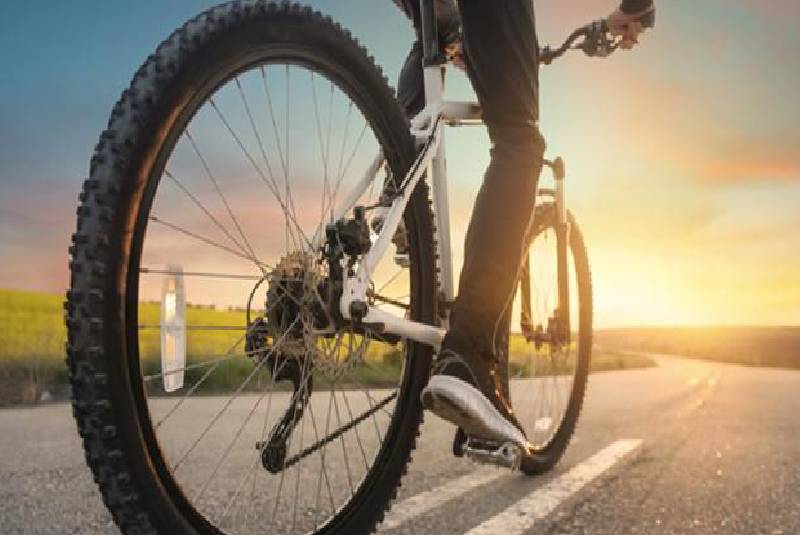 I am on a mission to become the youngest Japanese to travel from Cape Town, South Africa to Cairo, Egypt riding a bicycle. I am 22. I come from Nagoya in Japan. I have been in Kenya for more than a week now. I would have already left were it not for visa hitch that has delayed my sojourn into Ethiopia.

But how did I find myself here, so far from home?

When I was 15, I received a bicycle as a gift from my parents. Since a tender age, they had been witnesses to how I loved cycling. And now, this present would allow me to accomplish my lifelong dream of cycling like one of my idols Peter Sagan, a Slovakian professional road bicycle racer.

After endless hours of practice, I started registering in local cycling tournaments. Winning the competitions I registered for did not sate my appetite for adventure. Instead, I decided to challenge myself by touring Japan.

I had to wait until I turned 18. When that time came in 2015, I got a blessing from my parents and was on my way. Riding my bike, I toured my home country in two weeks.

Accomplishing that fete might have been a major milestone to others, but, it wasn’t enough for me. This is because a year later, the wanderlust bug bit me again. This time, it prodded me to venture out into Europe.  I spoke to my parents about cycling through Europe and they agreed.

Funding my way around the world

In August 2016, I flew to Barcelona, Spain. I had my bicycle, sleeping bag, tent, a few clothes and a camera. I cycled through 12 countries, among them, France, Belgium, Italy, Germany, the UK and Austria. Europe was a great experience for me. The people there were kind; some even invited me to their homes. When I was not lucky enough to find a host for the night, I would set up my tent in secluded places and rest for the night. I wasn’t worried; I felt safe.

I have to say that Europe is quite expensive, especially Paris, France. So, I relied mostly on bread, take away or canned food because I could not afford to eat at hotels.

The most memorable place I visited has to be Toulouse in France. This is because they have a cycling culture there. Therefore, when the residents found out what I was up to, they cheered me on. I got a lot of encouragement from this.

I completed the European excursion in two months. I boarded a plane in France and flew back home. My parents and girlfriend were extremely proud of me. I am the oldest among two siblings. My younger brother too was happy for me. He does not go out a lot; he prefers to play video games.

I also harbor ambitions of becoming a mechanical engineer like my father. This particular career path I wanted to follow had seen me earlier enroll at the Toyohashi University of Technology to study car engineering. I am now in my fourth year. I mostly travel during university semester breaks. I’ll be graduating in March 2020.

After conquering Europe, I set my sights on Asia in 2017. While here, I visited four countries: China, Vietnam, Laos and Thailand. The trip lasted throughout the month of March.

Like Europeans, Asians are very kind; they let me spend time in their homes. Asia, unlike Europe, is not expensive; I could at least afford to eat in hotels and sleep in hostels whenever I did not find a host.

I experienced the kindness and generosity of Laotians, who, despite not having much are so happy. They also invited me into their homes to share what little they had. Unfortunately in Japan, we are rich but not happy.

In August of the same year, I left for South America. In the continent I cycled through Bolivia, Peru, Chile and Argentina. This was my most challenging trip so far. Because of the high altitude, I found it difficult to cycle. At some point, I had to climb to an altitude of 5,000 metres; this made it extremely difficult to breathe.

Moreover, I experienced food poisoning twice, had to push my bike though the Atacama Desert in Chile and communicating was tough because most of the people in this region speak Spanish. I had to do with gestures and lots of smiling to get through. But, they were also very kind to me. I even tasted Alpaca meat for the first time in South America. In November, I flew back home.

In October 2018, I flew to South Africa with the intention of cycling from Cape Town to Cairo, Egypt. Like in other continents, I’d be cycling 10 hours every day. Unfortunately, in Johannesburg, I was mugged by gun-wielding robbers. They stole my wallet and phone. Fortunately, they didn’t hurt me or damage my bike.

Although my possessions were forcefully taken from me, my spirit was not broken. I continued my journey into neighbouring Zimbabwe, Zambia, Tanzania and then Kenya. In Tanzania, I saw, for the first time in my life, wild animals. It was in the Serengeti where I saw zebras, giraffes and lions. I also got to interact with the Maasai. Moreover, I even saw Mount Kilimanjaro. These are moments that will forever be etched in my memory.

On the third of January, I arrived in Kenya. While here, I was being hosted by Mr Simon Kamangu, in his home in Nairobi. He found me waiting for my Japanese hosts who happened to be his neighbours when he got home from work. I explained who I was and he invited me to his house. Even when they came, he still offered to put me up.

When I get my visa, I intend to go to Ethiopia through Moyale Town. From there, I’ll cycle to Sudan and end my trip in Egypt. I’m supposed to be in Cairo by 17th of March because that is when I have booked my flight back home.

So far, I have enjoyed my time in Africa although I have not met many Japanese people. I only met a few backpackers in Southern Africa and some students here in Nairobi. Of note, is that the most time I have in any one country is two weeks.

I look forward to going back home, graduating and finding employment. I want to work and make enough money to marry my girlfriend Miho by the time I am 27. The marrying age in Japan is usually 31 but I do not want to wait that long. We have settled on three children. I shall share with my future family about my adventures around the world.

I have my sponsors Diatech Bruno and OSG Group, (Japanese bicycle and drill maker respectively) to thank for funding these trips. I was also covered by my travel insurance. The insurance footed the hospital bill when I experienced food poisoning in Peru and Chile. Fortunately though, I have not sustained any injury on my trip.

By the time I board a plane in Cairo for Japan, I’ll have covered more than 20,000km. I don’t plan on touring North America because of lack of time.

Dennis the Menace is back

“Unless they are from Mombasa. I am more interested in Tanzanian women. Or Nubian women,” he says.