They killed dad because he refused a bribe 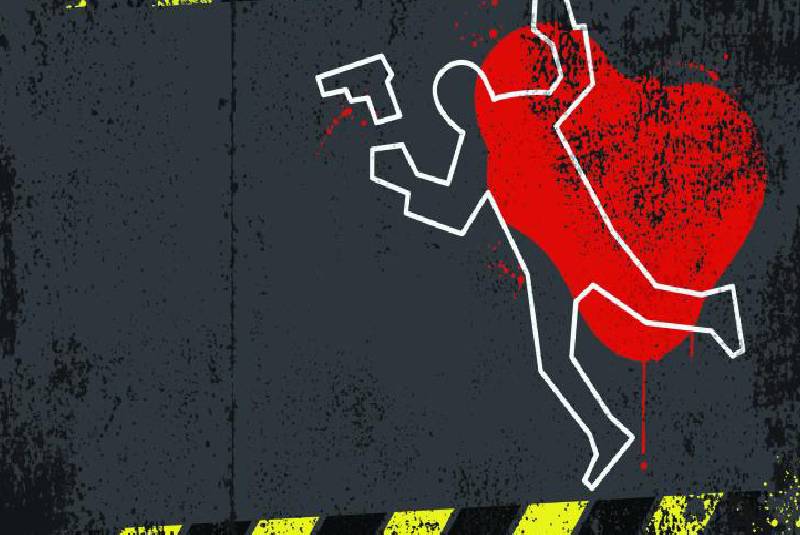 It was a week after his little girl’s birthday. He had missed the birthday party, and it bothered him. Being a Nakuru Chief Magistrate was time consuming, but he tried to be a good father to his five children. And so, to make up for missing the bright-eyed girl’s big day, he was going to spend the day with her. Not really fun stuff, just running errands but still some good time. Neremy, his last born child, didn’t mind. Spending the day with her papa was good enough.

Errands done, they called it a day and father and daughter got into the car for the drive home. They made one detour though. To buy milk and bread. With the little girl in the car, he darted to the shop, bought the items and back in the car, put them on the passenger seat then all hell broke loose.

Neremy recalls hearing heavy gunfire…Then seeing her daddy fall down. The little girl would be the sole witness to the murder of her father.

It is 20 years today since the tragedy, but her eyes still carry such deep dark pain.

“He fell then I saw some men with guns come and open the door. They seemed surprised to see me, and debated for a while on what to do with me. They threw me from the car and drove off,” says Neremy, now 25.

She shudders visibly as the memories assault her. “I stood beside dad confused, not knowing what was happening or what to do. I remember telling him to wake up.”

The onlookers were too frightened to do anything, but luckily, some of their neighbours on their way to buy goods from the kiosk, recognised the little girl.

They took her home, informed her mother and with an uncle ran back to the shops to rush him to hospital. But the man had already breathed his last.

Neremy’s sister Anne was a 17-year-old high school student at the time. When she was called to the principal’s office, the last thing she thought was that life as she knew it was coming to an end.

“All I remember asking was if dad was really dead. When they confirmed it, my mind went into overdrive. Despite my great shock, my practical side wore on. I was worried about what would happen to us without him. I knew our lives were going to change drastically. That we would have to move houses and my mother would have to take up the role of being the bread winner,” she says.

Babu Achieng’s death made front-page headline news. And home was not the home the two girls knew anymore. The peace had been shattered and now there were people milling in and out.

“There was barely any space to process my grief. I wanted to go back to school. I wanted to occupy my mind and I knew that acing academics was the only way I could help my family in dealing with the hard times that would hit my family.”

After the funeral, the clamour for justice began. Justice that would remain elusive.

“At that time we were being shielded from a lot of the information, but we learned that he had been targeted for murder because of refusing a sh280,000 bribe for a case he was about to rule on. We knew it was not a carjacking, because the car was found with nothing missing in it and Neremy was unharmed,” says Anne.

Investigations were completed and four people apprehended. The first time the matter went to court was in 2000. The first judge handled it to the point where he was a victim of the purge in 2003. The case was declared a mistrial and they had to start again.

“This was between 2003 and 2004. At the time I was in campus. I didn’t go for the hearings. Mum did not want to disrupt our lives and have us look at the persons who possibly murdered our father,” she says.

However, being the only witness, Neremy had to attend the proceedings and give a witness account. She was 12 then and could not remember most of what had happened. The prosecution lined up 15 witnesses, including Neremy, but missed out on fundamental things that the most rudimentary criminal lawyer or prosecutor would have picked on.

Negligence by the prosecution

For instance, they did not dust the car for fingerprints despite the fact that the car was recovered. Fingerprints would have tied the accused to the vehicle. They also did not even produce a post-mortem report that would have shown that he died because of a gunshot wound.

Anne, who is now an advocate, expresses dismay at how everything was handled. “I did not know the extent of the negligence. There were shoddy investigations done and the prosecutors handled the case badly. That information came to light recently,” she says.

By the end of the case, court assessors found that there was no direct link between the accused and the death and the judge, Kalpana Rawal, upheld that. “Kalpana Rawal is a good judge. Anyone who has handled cases before her will tell you that she is solid and sober, her credibility is not in doubt, and she was shocked at the fact that they even dared to prosecute such a case.”

That was the end of that case. The family does not feel like they will ever get justice and have come to terms with it. Their mother raised them very religious, and that has been their solace.

“For a long time I thought a miracle would happen and my father would resurrect,” says Neremy. She has since accepted that it will not and is grateful they have survived. “I doubt closure exists in such a case, especially because he did not die of natural causes. I am just glad that I was not damaged by having witnessed my father’s murder at such a young age. I hope no other family ever has to go through what we did.”

They now choose to remember the man he was.

“My father’s personality always stood out,” says Anne, beaming at her father’s memory. “Whenever we were with him he would say hi to people he did not even know, passing by kiosks to greet them. He was pleasant, social and very humorous. His light-heartedness was one reason as children we gravitated more towards him than to our mother because she was the disciplinarian while he always made us laugh. He was a good father.”

Why your workouts aren’t very effective