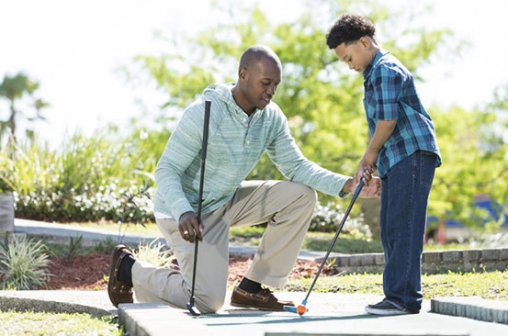 Sometimes the poorest man leaves his children the richest inheritance - Ruth E Renkel. I belong to a group whose agenda is to visit our parents in appreciation of the role they have played in our lives.

This years’ theme is to honour our fathers, and whatever goodies we carry with us we present to the man of the house — it is up to him to share his gift as he wishes.

We decided this when we realised that we had somehow grown to sideline these special men in our lives.

As we grow up, fathers may not always be there, for one reason or the other, and so we draw closer to our mothers.

Mothers are always there to give us that much-needed hug and to dole out the wisdom that we need in the playground and much later in life.

A guide for fathers with teenage daughters

Like a shadow though, father’s influence is still felt. Is he not the one often who toils for days on end, to ensure that all your needs are catered for?

There is a bunch of fathers who long realised that they matter, and that there are things they need to do so that their children are well rounded.

For this reason, they will somehow compensate for the wrongs that may have happened while they were away.

They will indulge their brood and not shy from wearing the apron to teach their 10-year old how to make a juicy steak and prepare ugali.

That is the lesson that his little boy or girl will carry to adulthood. It is no wonder that a father remains a child’s first love and hero.

I smile when I think of my own father as well as other men who have played the role of a father in my life. When I was in high school — while most girls were sent home for school fees — my father ensured that he paid the whole year’s fee so I could focus on my studies.

All I needed to do was mention that I needed a certain book and the following day I would have it.

When I was done with high school, we spent hours talking about the evolving political scene, and being the careful man that he is, he told me to stay away from radicalism.

My father taught me the greatest value in life: integrity. He has also taught me to save for that rainy day, and that it is important to live within my means.

Your father may not always show emotion, but you would be surprised that he has feelings just like your mother, and he is touched when you make him that cup of tea or call him to just say hi. Honour your father today, if he is still alive.

Fathers deserve more than they always get

Today is Father’s Day when we celebrate the impact fathers and father figures have in the lives of their children.

By Nehemiah Okwembah | 21 hours ago

By The Conversation | 21 hours ago