‘Easter is time for praying, fasting and meditating’ 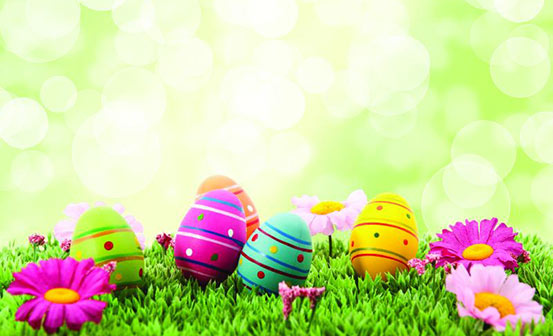 The Easter season is here.

This year, Good Friday fell on March 25 and Easter Sunday is today, March 27. Both days are public holidays in Kenya and many other countries.

But the season does not end with the civil holiday on Monday. Civil because Easter Sunday on which Jesus resurrected falls on a rest day and the holiday is logically moved to Monday.

Father Matthew Njuguna of Nairobi’s Holy Family Basilica explains that Easter season ends at Pentecost, 50 days from Easter Sunday when the Holy Spirit descended on the apostles and other followers of Christ.

He says the observance of Easter is closely correlated to the Jewish Passover, a day on which they gather in Jerusalem to commemorate their liberation by God from bondage in Egypt under the leadership of Moses.

“On God’s orders, Moses created a way for the children of Israel by hitting the water with stick,” he narrates.

The Red Sea, an arm of the Indian Ocean jutting into the Sahara desert is so named because the water engulfed Egyptian soldiers pursuing the Jews who had already crossed en-route to the Promised Land, killing all of them.

Father Njuguna notices that my thoughts have strayed from the topic of discussion and promptly brings me back on track.

“Christ’s crucifixion, burial and resurrection occurred after he went to Jerusalem to celebrate Passover during which crowds welcomed him with palm branches. Palm Sunday was hardly a week to his crucifixion and death,” Father Njuguna pauses as I digest his words, puzzling that Easter vary from year to year.

Why are Easter dates not fixed?

Father Njuguna explains: “That is a good question, given the misunderstanding that surrounds Easter dates. Unlike Christmas that is fixed on December 25, Easter is a moveable occasion determined by the movement of the moon and must fall during the full moon between March 22 and April 25.

“Since the Jewish calendar is based on solar and lunar cycles, each Easter is movable, with dates shifting from year to year.”

Addressing himself to the significance of Easter in the Christian calendar, the Provost of All Saint’s Cathedral in Nairobi, the Very Reverend Canon Sammy Wainaina says it marks Jesus sacrifice to save the world.

“Though sad and a low moment for Christians, the dying of Christ was good because he offered himself as sacrifice for humanity, hence Good Friday coming only a day after his last supper with his disciples on Holy Thursday.

“It was a communion that featured bread and wine, and not bloody sacrifices by slaughtering animals. While it is not wrong for people to feast on meat during Easter, they do not do so as Christians because the sacrifice of any animals is unnecessary where Jesus has already offered himself for sacrifice”.”

Canon Wainaina says Easter Sunday epitomises hope with the resurrection of Jesus. “It is a time of new beginning, time to resurrect to new life even in issues that bedevil us such as corruption and other vices here in Kenya. We should die for them as Christians and resurrect with prayers on Sunday mornings.” He says that while Christmas is a time to rejoice that baby Jesus has been born, at Easter, we embrace Jesus as the lord who is about to save the world from sin.

“There can be no Easter without Christmas but the reality of the two occasions is totally different,” Canon Wainaina says.

He regrets that as devout Christians pray and fast in keeping with the dictates of the season, many Kenyans talking of “going for Easter” are engaged in acts completely unrelated to the season such as spending time and resources traveling to be with friends and relatives largely to carouse, make merry and feast.

“Other than reflect on the 40 days Jesus spent in the wilderness alone fasting with much suffering and temptation from the devil before Easter and his sacrifice of dying for humanity, Kenyans are jamming pubs and dance halls are filled with people seeking fun. That is not the way to celebrate Easter,” he says.

Traveling and over-indulgence in alcohol have characterised Easter celebrations in the past with many accidents and road carnage reported in the three-day holiday period.

In Kenya, the year 2008 stands out in this aspect when 83 people perished in road accidents during Easter holidays according to police reports at the time. Five hundred others were injured in what was blamed on speeding, overloading and faulty vehicles.

In South Africa, 30 people were killed and 55 others injured over the Easter weekend last year and the  police said most of the accidents involved collisions.

To curb Easter fatalities this year, the Kenya National Transport and Safety Authority has swung into action with warnings that wayward motorists will not be spared.

Authority boss Francis Meja has warned that there will be roadblocks along all major roads during the holidays marking the death and resurrection of Jesus.

“There will be Alcoblow and speed checks. We have put all our officers on notice for the Easter weekend,” he warned, adding that those found on the wrong side of the law will face the consequences.

Indications that heavy traveling would as usual characterise the holidays were evident on Thursday with most transport firms whose vehicles ferry passengers from Nairobi to Western Kenya, the Coast, the Lower Eastern and Mount Kenya regions reporting heavy bookings.

“It is a pity our people do not seem to understand the true meaning of Easter and deviate into irrelevancies,” Father Njuguna laments on the ostensible transport crisis on the threshold of the holidays.

“This is not a holiday for over-indulgence or traveling for family reunions, but a time to pray, fast and meditate.”

Canon Wainaina says people ought to avoid activities likely to lead to loss of life at a time Jesus has died and resurrected to liberate the world from all evil. 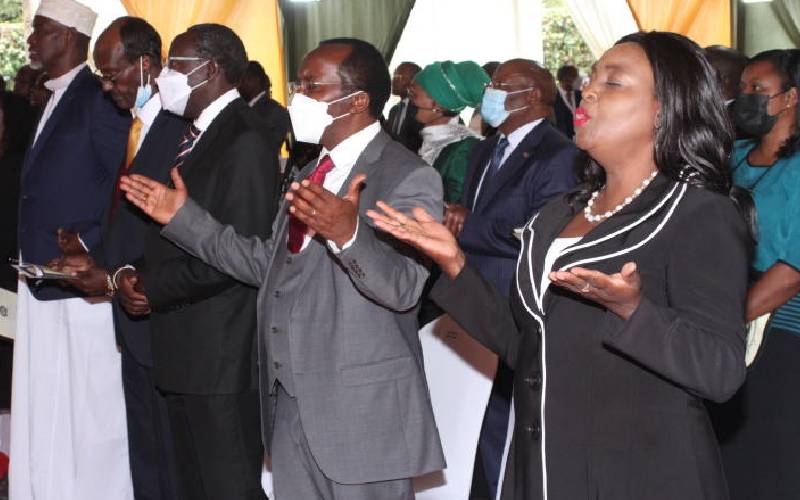 A prayer for the nation: May thieves burn their stomachs
While most Kenyans associate prayer with fasting and meditation, the powerful and well-connected business and political elite do not believe they can pray without feasting.
Opinion
By Peter Kimani
1 month ago 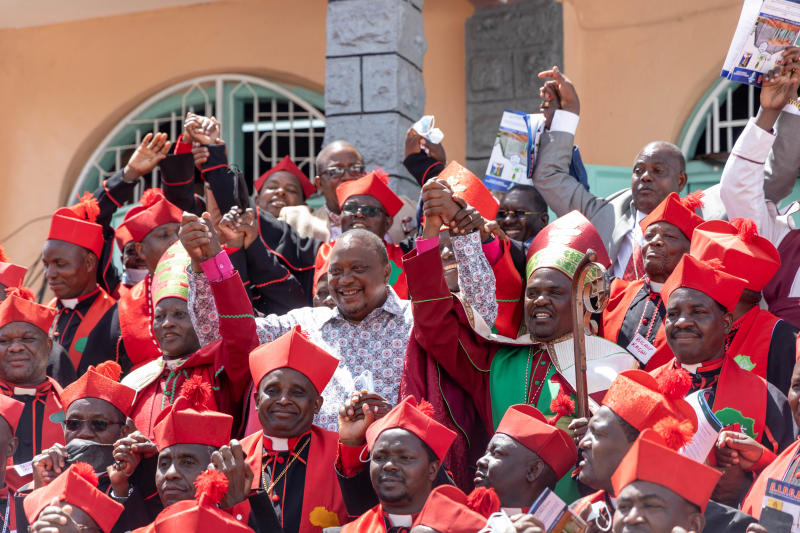 Uhuru efforts to unite AIPCA factions slowly bearing fruit
Whenever the African Independent Pentecostal Church is mentioned, the fight for independence comes to mind.
National
By Ndungu Gachane
2 months ago 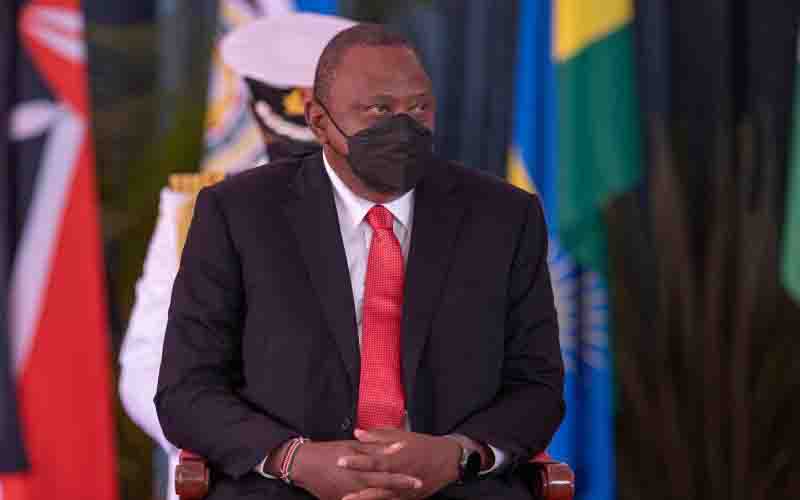 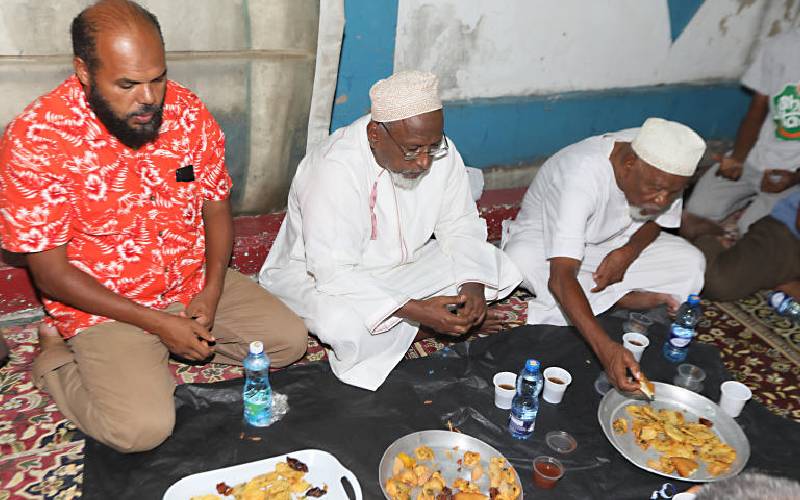 Why Muslims should observe Ramadhan in a pious approach
In the post-Covid-19 era, Ramadhan 2022 is going to be the first holy month in two years with all the trappings of unrestricted Islamic rituals.
National
By Ishaq Jumbe
2 months ago
.

By Jacqueline Mahugu 3 9 days ago
Premium Elizabeth Adongo: My work is to get the job done