Achilles the cat, who has correctly predicted the score of all three World Cup matches played so far in St Petersburg, tipped Nigeria to beat Argentina as the teams battle on Tuesday for a place in the soccer last 16.

Achilles, who resides in the city’s Hermitage museum, was held aloft for photographers then placed on a table in front of two bowls of food marked with Nigeria and Argentina flags. After moments of deliberation, Achilles chose Nigeria, eating hungrily from the bowl.

Argentina go into the game bottom of Group D and must win to have any hope of advancing to the knockout rounds. Even victory could see them exit the tournament if Iceland beat Croatia by enough goals. 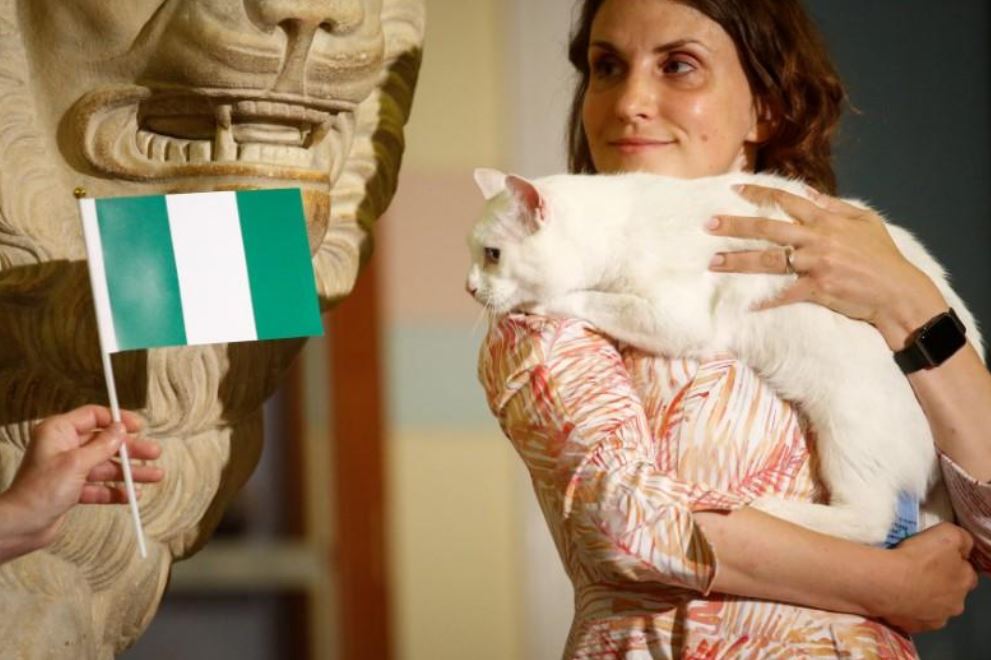 If Achilles’ fourth prediction proves correct, Nigeria will qualify for the next round. A draw may also be enough for Nigeria depending on the outcome of Iceland’s match against Croatia.

One of many cats to have lived at the Hermitage, once the imperial Winter Palace, Achilles previously predicted outcomes during the 2017 Confederations Cup.

He is one of various animals testing their psychic credentials at the World Cup, including hippos Milya and Glyasik in Kaliningrad, Spartak the lemur in Yekaterinburg and Harry the otter in Sochi.

They are hoping to emulate Paul the octopus who became an international celebrity when he correctly forecast the outcome of Germany’s games at the 2010 World Cup and picked eventual winners Spain.