Ryan Crouser toppled the men's shot put world record on Friday with a 23.37-metre throw on the first night of the U.S. Olympic Track and Field Trials in Eugene, Oregon.

The 28-year-old reigning Olympic champion exceeded fellow American Randy Barnes' previous record of 23.12, which had stood for more than 30 years, electrifying the crowd in Eugene, Oregon.

"The second it left my hand I knew it was good," he told reporters. "It wasn’t a perfect throw."

The 6-foot, 7-inch Crouser had not exceeded his morning qualify throw of 22.92 on his first throws of the cloudless night and let out a roar as he rocketed the ball nearly out of the sector on his fourth throw and thrust his hands aloft in triumph, his spot in the upcoming Tokyo Olympics guaranteed.

A native Oregonian, it was only fitting that Crouser bring the newly renovated Hayward Field its first-ever world record achievement.

The achievement brought a jolt of excitement as the U.S. trials began, with hopefuls across track and field disciplines vying for spots on Team USA with the year-delayed Tokyo Games set to begin in July.

Kibo Africa give riders a treat

By Ochieng Oyugi | 40 minutes ago 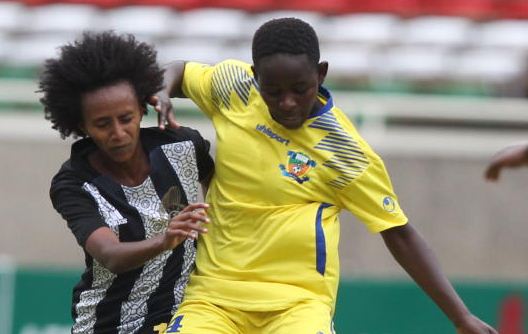