Bryan Moss from Idaho has won a $250,000 (Sh28 million) prize from a Crossword scratch game, marking his sixth ever jackpot win.

According to a press release from the Idaho Lottery, his win, which he claimed on Thursday, is higher than his previous five lotto prizes.

“I’ve tried playing for others,” Ross said in a thread on his Facebook page announcing the big win. “It doesn’t work.”

Moss, who plays the lottery regularly, said he plans to use his winnings for his daughter’s education, according to the statement from the Idaho Lottery. 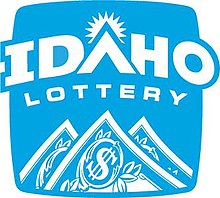 His winning ticket was purchased at the ExtraMile on Eagle Road and Goldstone in Meridian and for their part in selling the winning ticket, ExtraMile will receive a bonus payment of $20,000 from the Idaho Lottery.

Italian federation opens investigation into clash between Ibrahimovic and Lukaku

The pair, former team mates at Manchester United, had to be restrained as the players left the pitch at the end of the first half, with Inter Milan's

By Caroline Obuya | 19 days ago