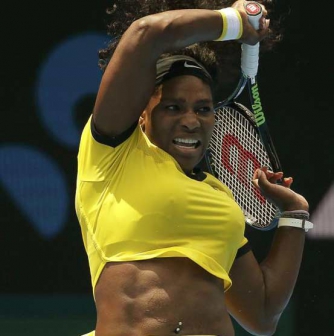 Venus Williams’ return to Indian Wells lasted just one match but sister Serena looked poised for a long run after a dominant win at the BNP Paribas Open on Friday.

Venus returned to the event for the first time since 2001, having boycotted it after being booed and heckled by fans, but made a quick exit after a 6-4 6-3 defeat to Japanese qualifier Kurumi Nara in the second round. The 15-year-old incident had occurred when Venus withdrew from a semi-final match with Serena, drawing ire from the crowd aimed at the Williams family.

This time, Venus was greeted warmly by the crowd before her match and throughout, a consolation for her poor show. “It was enough of a fairy tale to come here and play,” Venus said. “A win would have been nice, but that means I have to come back next year.” Serena had no such issues with German rival Laura Siegemund in a 6-2 6-1 romp. The world number one had already reconciled with the event last year when she ended her own boycott and appeared freed up as she needed a little over an hour to advance. — Reuters

Chelsea's snarling striker Diego Costa was sent off during his side's 2-0 FA Cup defeat at Everton on Saturday after bizarrely nuzzling the neck of opposing midfielder Gareth Barry.

By Robert Abong'o and Odero Charles | 8 hours ago