The Kenyan boys beat fancied Standard High School from Uganda 3-1 to reclaim the title they had last won in 2012 as this year’s games ended yesterday in Arusha, Tanzania.

Cheptil redeemed Kenya as their compatriots Dr Aggrey, Highway and Wiyeta succumbed to Ugandans to settle for second best in basketball and football finals.

Cheptil came from a set down to overpower the Ugandans and carry the day. Standard High popularly known as Stahiza seemed like they were the stronger side settling in the match faster than the Kenyans. Stahiza took the first set 25-21.

But Cheptil regained their footing in the second set taking it 25-19. There was no looking back as the Kenyans snatched the third and fourth sets 25-22 and 25-23 to recapture the title Kenya last won in 2016 when the country hosted the games in Eldoret.

“It was not easy for us, I thank God for the victory and Kenyans who turned up in large numbers to support us. We lost the first set able we were able to recover and win,” Kirwa said.

The victory saw Cheptil secure their third regional title having won it back-to-back in 2011 and 2012.

“This was a memorable year for us, we won the national title after many years and to complete a double in East Africa crowns it all,” Kirwa added.

However, it was a bad day in office for for Kenyan sides Wiyeta Secondary School and Highway Secondary School fell to Ugandans in the girls’ and boys’ football finals at the Sheikh Abeid Stadium.

Highway, who had knocked out record 13 times champions St Mary’s Kitende 1-0 in Thursday’s semifinals, were undone in the final by a goal on either half from Kibuli’s Dominic Ayella.

The winger struck a sweetly taken free kick on the stroke of halftime, before poked home a rebound after Highway keeper Paul Okumu parried a rebound from a powerful shot on his path in the second half.

“I’m disappointed we lost because we worked so hard to reach the final. They capitalised on our defensive mistakes and punished us. We have gained experience and I am confident we will come back stronger next year,” Ochieng said.

It is Kibuli’s first title after twice losing in the final in 2011 and 2014. Highway had beaten Kibuli 1-0 in the preliminary stages of the competition.

A late goal from Wiyeta forward Shalyne Opisa was not enough to help the Kenyans, who were bidding, to reclaim the title they won on 2017.

St Noa had took a 2-0 lead thanks to Sylvia Kabene and Erica Kanyamuneze and held on despite Wiyeta’s push in the injury time.

“We did not utilise our chances and at this stage and it was very costly,” Wiyeta coach Edgar Manyara said. 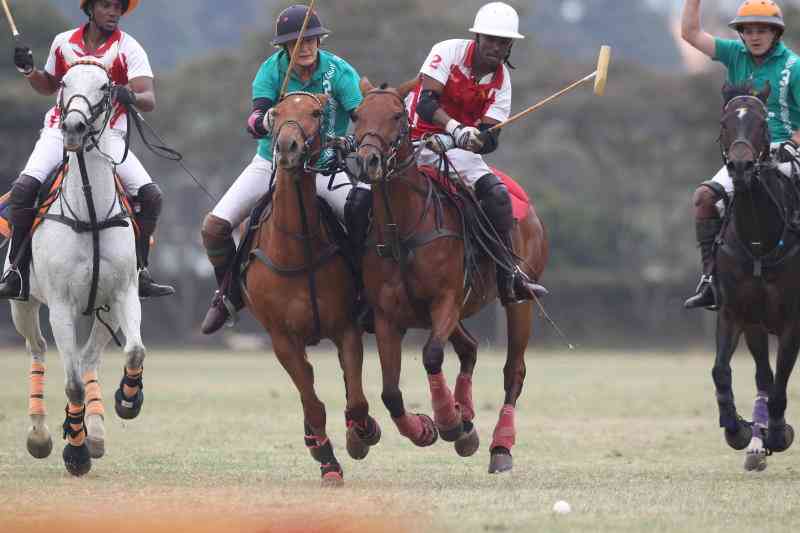