Sh4,000 per second! The money-spinning speed of global sports stars in 2020 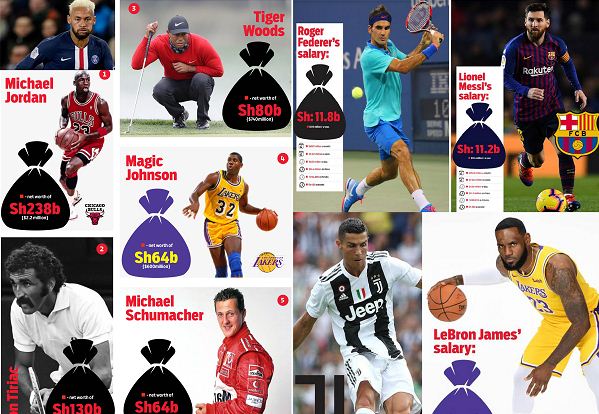 Most of the world’s richest sports superstars made their way to the top of the financial Mt Everest through sweat, endorsements, investments, and business ventures.

Although many of these athletes are now retired, they have kept their wealth growing to stay among the richest.

So how fast do they make their money?

Standard Sports put together a list of top five highest-paid athletes followed by the richest athletes in the world, with their net worth estimates.

The figures have been compiled from  Forbes.

According to Forbes, this year's top five highest-paid athletes earned a combined Sh50 billion, which is 9 per cent below 2019 due to coronavirus pandemic.

Forbes obtained the figures with the earnings include all money, salaries and bonuses gained between 2019 and 2020. 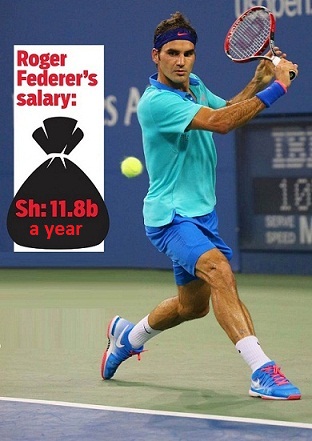 Tennis star Roger Federer is the highest-earning athlete in 2020 which takes into account prize money, salaries, bonuses, endorsements, royalties and appearance fees from June 1, 2019, to June 1, 2020.

Of that amount, roughly $86 million came from endorsements with companies like Credit Suisse, Rolex and Mercedes Benz. 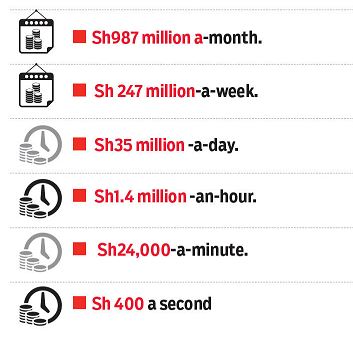 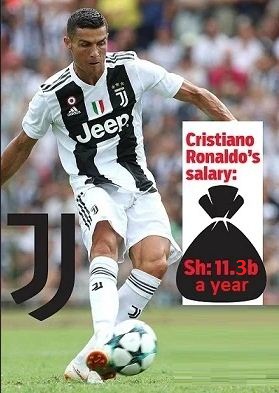 Juventus star Cristiano Ronaldo, who has a net worth of $460 million, is one of the top-earning football players in the world with a salary of Sh11.3 billion ($105 million)  a year.

Ronaldo, 35, is also one of the most-followed people on Instagram and according to Forbes, he is earning $45 million per year in endorsements with annual Salary/winnings of $60 million at Juventus. 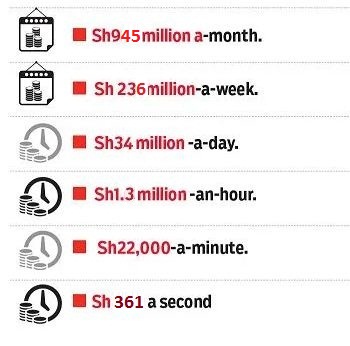 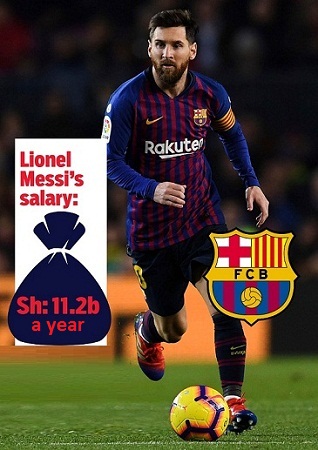 FIFA Best Player and the Balon D’or winner Lionel Messi is also one of the highest-paid soccer players in the world.

This year he earned around Sh11.2 billion ($104 million). which includes $32 from endorsements and $72million as wages or winnings. Some of his endorsements are Adidas, Lays, Gatorade, Huawei, Mastercard and Pepsi. 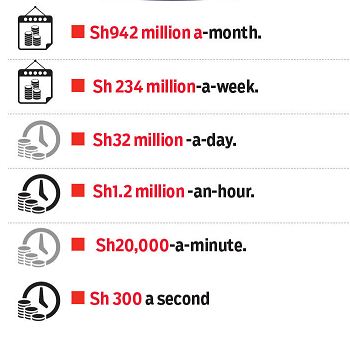 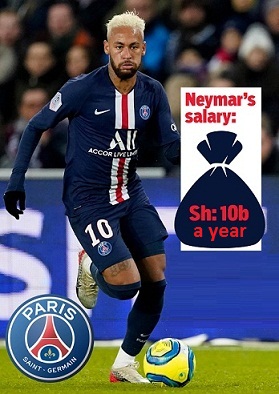 Paris Saint-Germain superstar Neymar has a net worth of $185 million.

According to Forbes, Neymar earns an estimated $70.5 M a year from PSG with $25 million also from endorsements. 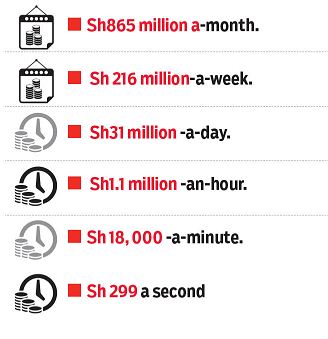 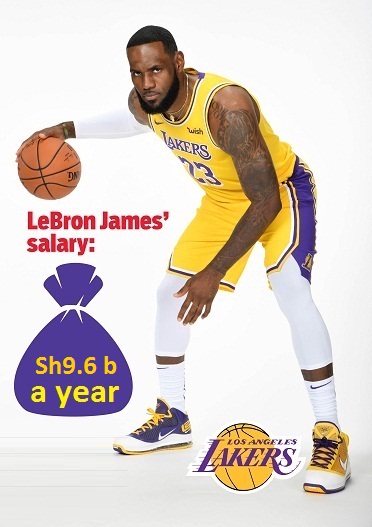 LeBron James is the NBA’s highest-paid player with Sh9.6 billion ($88.2 million) salary -a year, including $53 million off the court.

The 35-year-old has $60 million endorsement deals with major companies such as McDonalds, Microsoft, State Farm, Beats by Dre and Samsung.

LeBron James has a net worth of $450 million 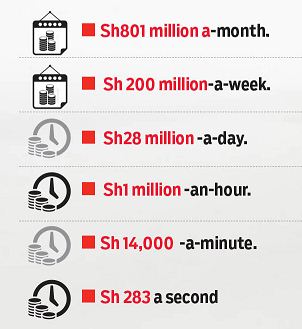 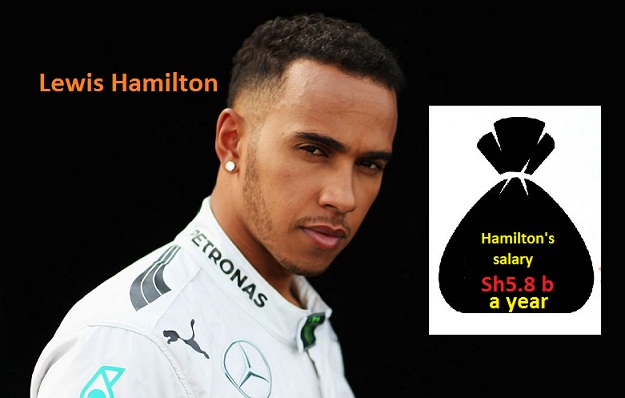 British Formula One racing driver, Lewis Hamilton is the highest paid and richest driver in the world with a salary of Sh5.8 billion {$54m} per year, the majority of which comes from his Mercedes contract that pays him Sh4.3 billion [ $40 million] per year.

Forbes reveals that Hamilton currently has endorsement deals with companies such as L’Oreal, Bose, Puma, Sony, and Tommy Hilfiger.

These major brand endorsements earn him about Sh1.3 billion [$12 million] of the $54 million that he makes every year. 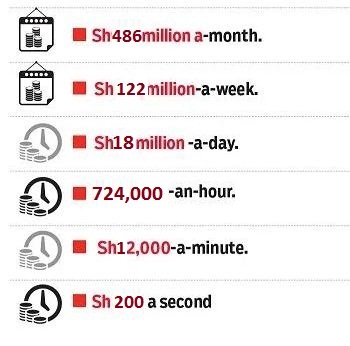 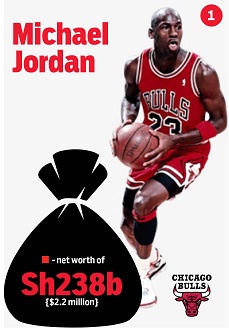 As of April 2020, American retired professional basketball player, Michael Jordan is the richest athlete in the world with a net worth of $2.2 billion.

The majority of his wealth ($1.7 billion) was made from sponsorship deals from companies like Nike, Hanes, and Gatorate, and also from corporate partners and investments.

The 57-year-old is also considered the greatest player of all-time in the NBA played a total of 15 seasons in the NBA. 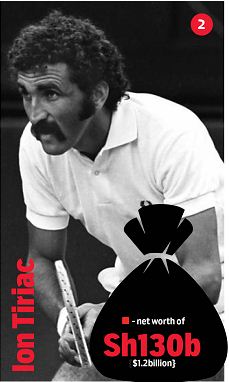 After retiring in the 1970s, Tiriac coached top players for a while, then began his business and investment ventures. 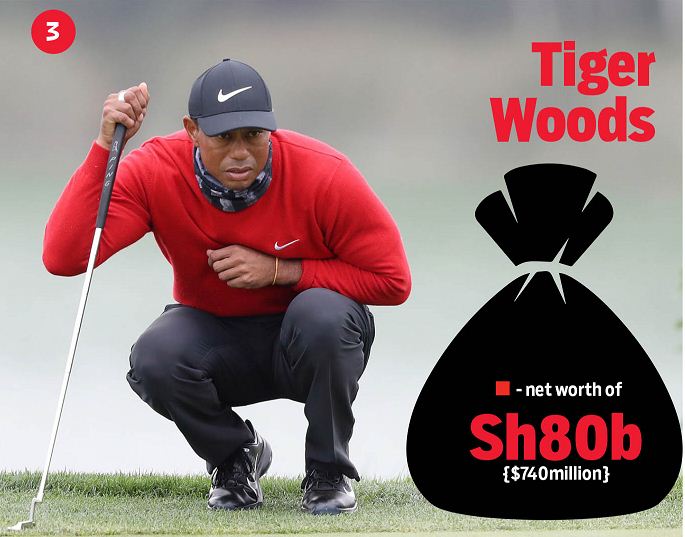 Tiger Woods is one of the most successful golfers of all time, winning 15 Major titles and a total of 110 professional tournaments worldwide.

The American professional golfer is also one of the highest-paid athletes in the world his net worth is estimated to be $740 million.

Woods is also 8th in Forbes’ 2020 Highest-Paid Athletes list with his endorsements coming in at $60m for the year added to $2.3m on-course earnings. 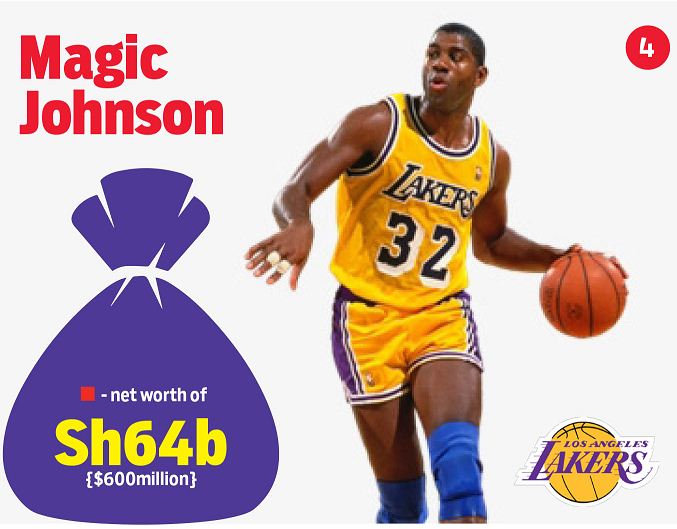 Most of his wealth came from entrepreneurship and investments after he retired from basketball. 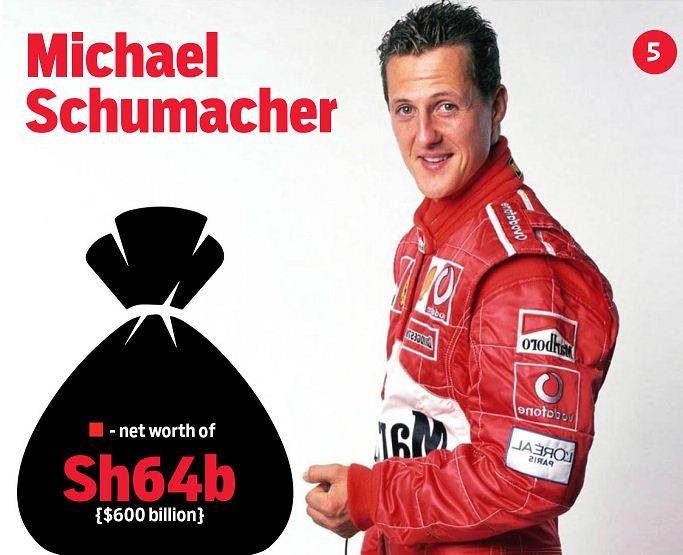 German former race car driver in the Formula One, Michael Schumacher’s net worth is $600 million, making him the 5th richest athlete in the world.

Life after sport: Are you ready for pain and mental health issues in retirement?

Mneria and Wanjiru race to victory at Prisons meeting