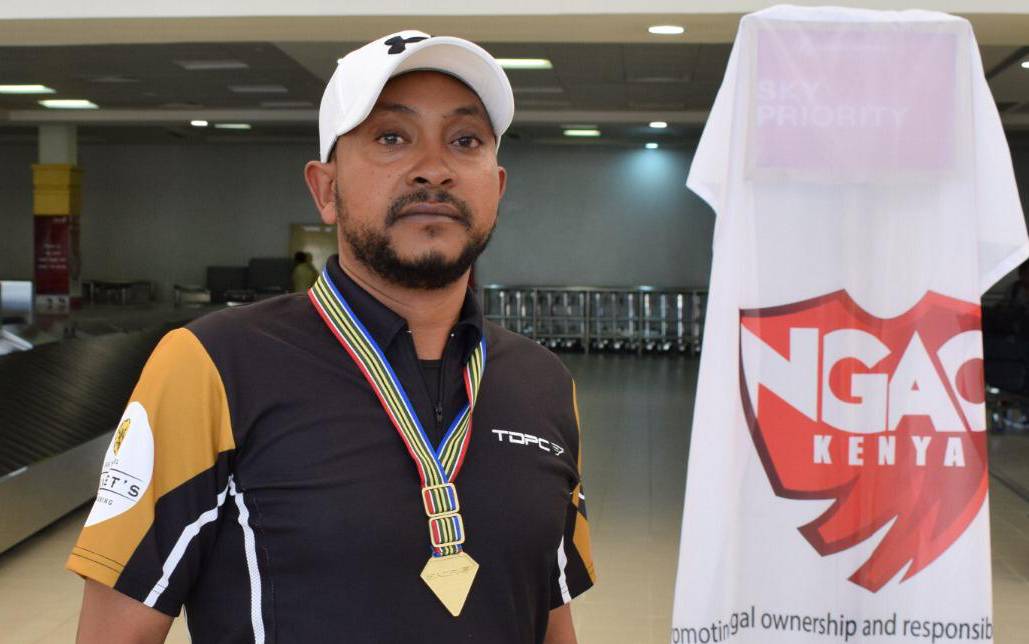 The International Defensive Pistol Association (IDPA) sports fraternity in Kenya is a worried lot after the disappearance of one of their members Dafton Mwitiki (pictured).

The 38-year-old businessman who is the head of marketing at the National Gun Owners Association (NGAO-K) disappeared five days ago. His vehicle, a Land Rover Discovery Number plate KCK 997, was found abandoned in a thicket near a dam in Juja.

The search team which included police and volunteers began the search on Thursday morning assisted by Search & Rescue canines and the hashtag #FindDafton .

So far crucial leads have led to the search being extended to nearby dams using divers.

However, the latest reports on Sunday suggested that chances of finding him near the dam scene where his vehicle was found parked were slimmer prompting the team to change their strategy.

Directorate of Criminal Investigations (DCI), National Police Service (NPS) in collaboration with other agencies are working to find the marksman.

The authorities are reviewing his last movements through CCTV footage and combing through phone logs among other things to piece together crucial information that could help to unravel the mystery surrounding the disappearance of Mwitiki.

The matter has since been moved from DCI Juja to DCI Kilimani.  Mwitiki’s family, members, his friends and colleagues from the Shooting Sports have called upon the Kilimani officers to urgently investigate the matter.

The celebrated marksman has represented the country in several competitions locally and abroad winning several medals.

Coronavirus: Visiting team locked out of stadium after hosts refuse to play

Athletics legend Henry Rono: Why I’m not a role model