The 14-year-old, who sat the 2019 KCPE exams at St Peter's Sang'alo Central Primary School in Nandi County told the Standard that she didn't expect to take the second position nationally after learning that the first candidate scored 440.

"When I heard that the first candidate scored 440 marks, I felt that I would get 420 marks. I am delighted that I managed 439," an exhilarated Jeptoo said.

She said she was under pressure from her father to work hard in school.

"My father worked hard to ensure I had anything I needed to succeed in my studies. My mathematics teacher Nicholas Ng'etich also encouraged me to do better," said Jeptoo.

"I would get position five standard five and my father kept asking questions as to why I was not performing well. I improved to position three in standard three and he encouraged and that motivated me to make it to the top of my class." 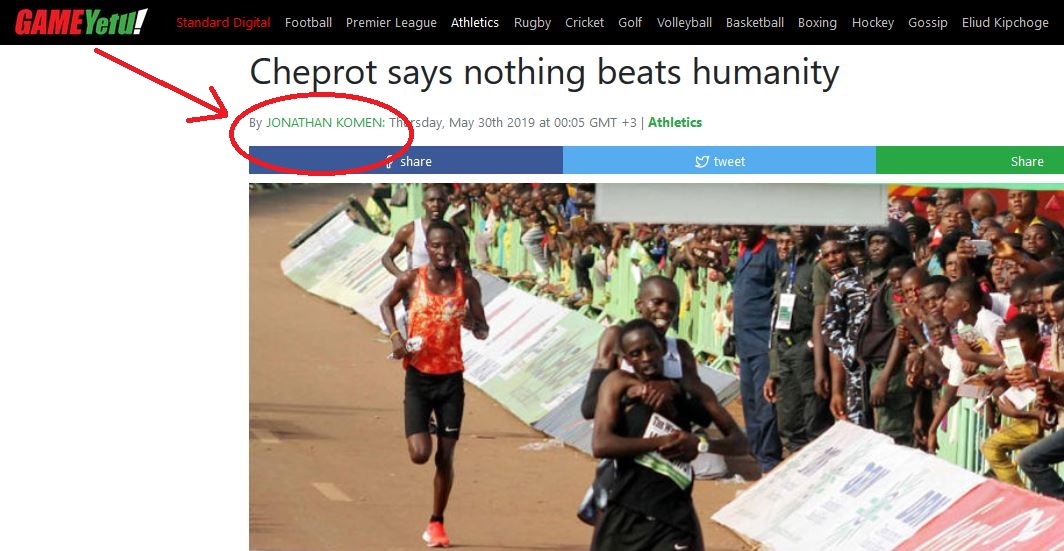 Also reacting to the news, her father, Standard Group journalist Jonathan Komen, described the performance as not a mean fete and culmination of hard work.

“I feel honored as a parent for this results. I expected my daughter to be on the top 20 countrywide but she surprised me when she scored 439 to become second in the country,” Mr Komen said he celebrated with villagers at Kapchawat.

How Covid-19 has reduced athletes to banana hawkers