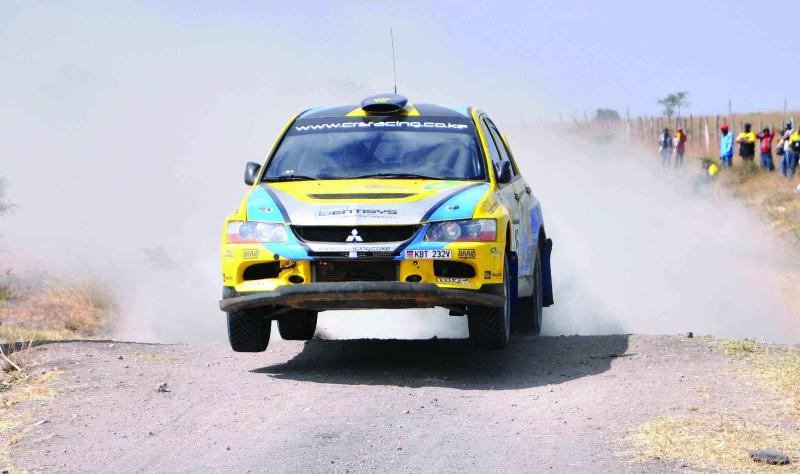 Memories of mechanical beasts cutting through dirt roads came flooding back to several generations of Kenyans as the return of the much loved Safari Rally to the global stage of the World Rally Championship was announced yesterday.

The online cheer once the return of the iconic Safari Rally to the World Rally Championship (WRC) calendar from 2020 was confirmed told the story of a nation that holds the premier local motor sport event close to heart.

Within minutes of the announcement at a press conference in Nairobi by Sports Cabinet Secretary Amina Mohammed, ‘Safari Rally’ was the number one trending topic on Twitter and Facebook, two most popular social media platforms in Kenya.

“It is my pleasure to lead Kenyans in welcoming the 2020 International Automobile Federation World Rally Championship Kenya Safari Rally back to our Land and Nation,” President Uhuru Kenyatta posted on the State House social media handles.

This opened a flood of celebratory messages from Kenyans of all walks of life as a nation that had waited for years to have their beloved Safari back in the high table of international motor sport rejoiced in the news.

For the millennials, next year’s Safari will offer the first ever chance to fiddle their thumps on a keyboard or smart phone keypad to post about the event that since its inception in the 1950s remains one of the country’s biggest sporting export to the world, captivating an entire nation, taking it on a days-long adrenalin rush that culminated in the popping of champagne at the steps of KICC for a triumphant duo.

To those who religiously followed the annual Safari ritual when it was billed as ‘world’s toughest rally’ until 2002 when the WRC pulled the plug, the return to the global stage sparked nostalgic memories of when it was a signature spectacle that gifted Kenya new sporting celebrities every year.

However, the slight dampener is the fact that the 2020 to 2022 Safari will take place in July, not the traditional Easter Holiday slot that saw it command an almost fanatical following. Images of the cars sold out newspapers as fans pinned them in their rooms, business outlets and anywhere else to feed their devotion to the daredevil drivers and monster speed machines. “As children back in the day, we enjoyed watching Safari Rally on KBC TV and listening to live commentaries on KBC radio. July next year, God willing, we will have the memories back,” one fan commented on Facebook.

“Yaay! But I really wish it would take the usual Easter slots,” Maurine Adika wrote on Facebook in responding to a post announcing the return of the Safari to the WRC.

So, why has the return of a sporting event that few ordinary Kenyans can afford to take part in caused such a sensation in a nation that often frowns on largesse?

It all has to do with the legend of the Safari that pre-dates the colonial era right through the growth of Kenya from independence until the return of multi-party rule to 2002 when the administration of the day saw it as a burden to a flailing economy.

Held every year to coincide with the Easter holiday as a leg of the WRC, the Safari gave Kenya cult heroes and captured the imagination of a nation at a scale yet to be matched.

Established in 1953 as the East Africa Coronation Safari in Kenya, Uganda and Tanzania to mark the ascension of Queen Elizabeth II to the throne, the motor sport event acquired the noble status of being the very embodiment of Easter in the country.

At the height of its fame throughout the 1980s and 90s, the Safari dominated airwaves. For most children who grew up around that time, it was bigger than school holidays. Patrick Njiru, Phineas Kimathi and the late Jonathan Toroitich were catapulted to national heroes having proven that indigenous Kenyans could compete with the best drivers in the world and their expensive works team.

The world has changed since then and from next year; a new cycle of Safari stars will be born with Kenyans waiting to watch the skills of WRC frontrunners including reigning champion, Sebastien Ogier, 2019 leader; Ott Tanak, Thierry Neuville and Andreas Mikkelsen take on local hotshots such as five-time Safari winner, Carl ‘Flash’ Tundo, Baldev Chager, Duncan, Onkar Rai and Manvir Baryan.

Uhuru: Return of Safari Rally has raised Kenya's profile as a sporting nation

Sports CS Amina: We will host a memorable Safari Rally