The first time she made headlines, South African female athlete, Caster Semenya was suspected of being a man after she won the 800 meters race at the Berlin World Athletics in 2009.

Due to her masculine physical attributes, controversy has trailed her since then, with some of her critics questioning her gender.

Some aggrieved losers pushed the joke a bit too far and even demanded she be taken in for a gender test to prove her femininity!

Some people still believe she is a man masquerading as a woman! Public debate over the athlete raged on further when she got married to the love of her life, Violet Raseboya last year.

Her wife, whom reports indicate she loves dearly, is now allegedly pregnant and Semenya is reportedly over the moon.

The controversy surrounding the athlete has started afresh, with locals wondering how the pregnancy came about. Others are ridiculing her, whilst some are genuinely dumbfounded.

Pray, is Semenya responsible for the pregnancy, now that she is the ‘man’ in the marriage? Did the couple secretly enlist the services of a man who donated sperm? If so, who is the mysterious man? Questions abound and the debate doesn’t look like it is about to end any time soon.

Some observers, however, argue that Semenya’s is not a typical case of gender assignment, but an old stereotype on what a ‘normal’, ‘regular’ woman should look like and do. Well, by looking at her, one gets the feeling that she, for lack of a better way of putting it, looks like, err, a man.

Let’s face it, Semenya is not your conventional pretty lady. Needless to mention her bulgy and built biceps, her deep baritone voice and her relatively flat chest.

Oh, wait a minute. When you keenly observe her pictures while on the track, you can clearly notice she doesn’t shave her armpits! Something men are very fond of.

Just before a race, the girl has this macho attitude she expresses to cameras. And when talking to press, she speaks with a lot of bravado and machismo that would make the average man squirm with fear.

But Semenya is not the only ‘masculine woman’ we know of. We have many other women with similar masculinecharacter traits and personalities, especially in sports and pop culture.

Think our very own boxers Congestina Achieng’ and Fatuma Zarika. Far afield, think of world’s most famous celebrity models like Grace Jones, who was once quoted complaining that when she started modelling, “everybody thought I was a man.”

Several researches show that these kinds of women can’t help it, it is biology at work. Mainly because they get exposed to higher levels of male sex hormones such as testosterone as they grow up.

Biologist say that girls with such conditions tend to have unusual-looking body parts like broader than normal shoulders and enlarged privates.

Unlike tomboys — girls who exhibit characteristics or behavior that is considered typical of boys such as wearing masculine clothes and engaging in games and activities that are physical in nature — these types of women also tend to have physical attributes like those of men such as big, tough legs and hands.

Like tomboys, such women develop tastes and tendencies that are associated with masculine behaviours, such as preference for boys’ toys. They dislike fashion, shopping, makeup and the whole sissie shebang.

Interesting to note also is the fact that these women’s influence in society can never be gainsaid.

Look at what they did to designers, for example. They forced them back to the drawing board to come up with unisex clothes and footwear.

Important to note, however, is the fact that these women are not just unique to blacks and people of African origin.

We have a huge chunk of ‘mzungus’ with masculine-looking women. Think singer Annie Lennox of the UK and British actress Tilda Swinton. They are as masculine as they come.

Interestingly, these manly traits seem to be more of a blessing than curse to these women.

They have, for instance, helped many access rarefied realms of success, especially in sports. Think Mozambique’s Maria Mutola a.k.a Maputo Express!

Needless to mention some local world beaters. Or even Cathy Freeeman, the former Australian world beater sprinter, who specialised in the 400 metres event.

Generally, the average successful female athletes are not popular for their great looks. We, however, once in a while get stunners like Mercy Cherono, the Commonwealth Games 5000m champion and Janet Wanja of the national volleyball team, or the US’s retired sprinter Marion Jones.

Politics, too, has its fair share of these women. Despite politics being a dirty game, strong character attributes among some women have helped put up worthy competition and prosper. Some have been referred to as ‘men’ more for their approach than physical attributes.

Take, the case of Margaret Thatcher, for example. The former U.K Prime Minister was considered to be the “best man” in her Government for the longest time.

She was as abrasive and ruthless as they come. She is the same woman who is on record of having yelled at former US president George H. W Bush: “Look, George, this is no time to go wobbly wobbly!” at a conference in the 90s, turning him into an object of ridicule and a butt of jokes.

This was after Saddam Hussein invaded Kuwait, yet Bush — the president of a superpower — was not only undecided about how best to act, but verbalised that fact.

In as far as gender identity is concerned, women with strong masculine physical traits have a special name; androgynous. This is because such types don’t fit in the ‘male or female’ mainstream gender boxes defined by society. But does this make them any less women?

Well, not all women are feminine. They, however, remain women despite some having odd features such as beards, broad shoulders, tough skins and looks that perhaps only their mothers can claim to love to bits.

We, unfortunately live in a man’s world where tough women like Semenya can’t peacefully compete with fellow regular women without “genetic advantage” being thrown around as an excuse. Forgetting that such women, despite their physical features also train hard.

At the average female sports event, masculine viewpoints seem to be the biggest consideration when marketing, yet some of us don’t mind the manly women, all we are interested in is their prowess on the field.

Marketers continue to use sex appeal as a marketing tool to lure audiences to sports arenas. They discriminate on this type of women and never feature them in advertisements for events.

Well, for eye candy, the average man will pick the likes of Anna Kournikova, Marion Jones over Congestina Achieng or Serena Williams. But when rubber meets the road, we are just interested in the best athlete not their beauty. 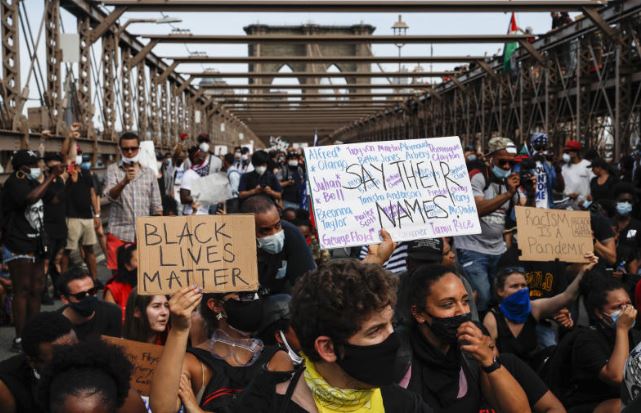 By Waweru Titus | 9 hours ago