Fijian born- fly-half Jone Kubu was named the Stellenbosch Player of the tournament after impressing for Kenya Simbas in the Stellenbosch Challenge Cup played over the last two weekends in South Africa.

The Kabras utility back was on fine form in the tournament that saw Kenya play against Namibia and Brazil.

In the knockout semifinals round, he scored nine points in the loss against Namibia and was involved in all the tries that Kenya Simbas scored in the two-week’s tournament.

“Congratulations to Jone Kubu who has been named as the StellenboschChallenge Player of the tournament,” said an official statement from Kenya Simbas.

Kubu who made his Kenya Simbas debut in July has now played in five matches for Paul Odera coached side and has scored 74 points for the side.

“Credit to the man up stairs (God0 and a big up to my Simbas brothers and coaching panel for the team effort shown,” said Kubu after receiving the award.

Fijian fullback Jone Kubu has made a name for himself in the rugby fraternity after arriving in Kenya six years ago.

After quitting college education for rugby, the then 21-year-old started his journey to settle in Kenya after arriving with the Samurai Fiji Barracudas in 2014 for the Safari Sevens tournament.

After the tournament, the Samurai Waimanu Naitasiri Rugby Club made arrangements with Kakamega based rugby football club Kabras Sugar, which signed Kubu alongside Sava Racigi, Apenisa Natambua (forwards) and John Navuso (back).

He immediately made an impact after joining the team mid of the 2015 national Sevens circuit, where he finished as top points and try scorer.

Kubu then inspired Kabras Sugar to their maiden Kenya Cup title glory after putting a man-of-the-match performance in their a 22-5 win over Impala Saracens RFC in the final.

He scored more than 12 tries and had 135 points during the 2015/16 season. The diminutive player then walked away with the Man-of-the-Match accolade during the Kenya Cup final.

Unlike most foreign players, who play in Kenya for a maximum of two to three seasons, Kubu has carried on for five years now and he’s not about to relent as he has resorted to learn Kiswahili. He can also mumble a few words in Luhya, the local dialect in Kakamega.

And after staying in Kenya for five years and gracing four consecutive Kenya Cup finals together with winning the Enterprise Cup, Kubu became eligible to play for Kenya.

Under the World Rugby “residency rule” known as Regulation 8, “A player may represent a country after they have resided there for 36 months”.

Kubu was born in Suva, Fiji in a family of five. Raised in a rugby family (father played provincial rugby), he started playing rugby at the age of seven years after being inspired by his father and other Fijian stars whom he used to watch on television.

David Rudisha believes time has come for his comeback

After walking with an implant that held his ankle for more than one year, 800m world record holder David Rudisha has made an unexpected announcement. 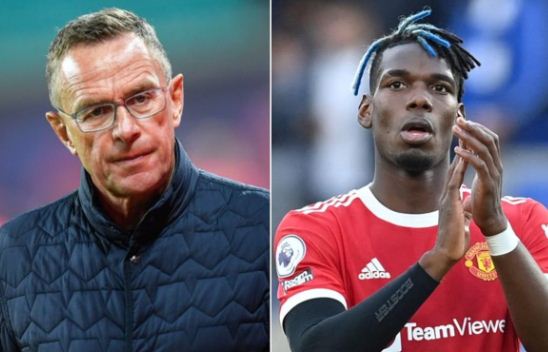