Shujaa thrash Portugal to start Madrid 7s on a high

Captain Nelson Oyoo scored two tries to inspire Shujaa to a massive 36-5 win over Portugal on Saturday as Kenya kick started their Madrid Sevens campaign on a high note.

KCB’s Johnstone Olindi sold a dummy to give Kenya a deserved 5-0 lead in the second minute of the match before Billy Odhiambo beat two Portuguese defenders to touch down near the posts,

Anthony Omondi converted between the sticks as Kenya led 12-0 after four minutes.

Portugal would, however, try to come back into the game through Jose Aparicio who took advantage of Olindi’s miss pass to touch down at the corner and cutting the lead to 12-5 with the conversion going wide.

Kenya responded through Willy Ambaka who bullied his way through the centre pitch to dot Shujaa’s third try of the game and with Omondi’s successful conversion, Kenya went to the break leading 19-5.

After the restart, Portugal’s dream of getting back to the game were shattered as Shujaa captain Nelson Oyoo paced through the Portuguese defense after an interchange with Odhiambo to extend their lead to 24-5. Kerugoya missed the conversion.

Innocent Simiyu’s charges would cross the 30 point mark after Omondi’s beautiful offload opened the gap for Oyoo to score his second try of the match.

Derrick Kerugoya scored Kenya’s final try of the game as Shujaa went on to win 36-5.

Kenya will be back in action at 6:50 PM against Spain.

In the women’s category, Kenya Lionesses lost their second consecutive match at the Madrid 7s after going down 29-7.

Janet Okello scored Kenya’s only try of the game in the second half with Ann Goteti converting.

Kenya had lost 43-0 to Russia in their opening match.

Kenya Lionesses kick-started their Madrid 7s campaign on a low after losing 43-0 to Russia in a match played on Saturday afternoon.

By Odero Charles | 5 days ago

By Rodgers Eshitemi | 6 days ago 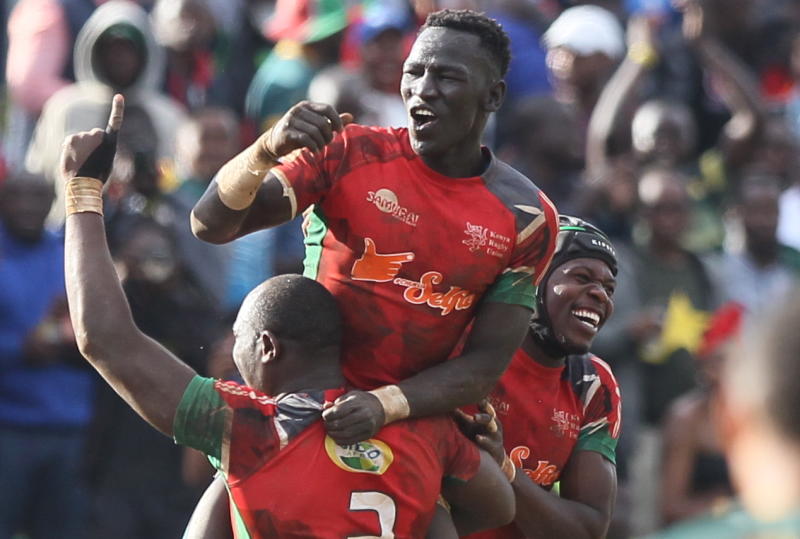