Kenya Cup defending champions KCB welcome Menengai Oilers to the KCB Sports Club in Nairobi today as the league enters its penultimate round.

Barring a calamity, the bankers, who are second on the standings with 64 points, will finish the regular season in the top two thus receive a bye to the semi-finals next month.

They face a Menengai Oilers side that also harbours play-off ambitions with the Nakuru outfit keen to return to winning ways having lost to Homeboyz at home in their last match.

Oilers, who are playing their second season in the top flight, are the surprise package in the 2019-20 campaign as they occupy the fifth position with 36 points.

With a win against the seven-time Kenya Cup winners KCB unlikely, Oilers, who are coached by former Kenya Sevens scrum-half Gibson Weru, will put their hopes in their final fixture against strugglers Kenya Harlequin next weekend.

The first leg meeting between Oilers and KCB ended in a 43-13 win for Curtis Olago’s men, who face a tricky tie away to Homeboyz on the last day of the regular season.

Olago will have the luxury of fielding Kenya Sevens duo Johnstone Olindi and Geoffrey Okwach after the youngsters were left out of Shujaa squad for next weekend’s Los Angeles tournament.

Any slip-up for Weru’s charges in Ruaraka could see their cross-town neighbours Nakuru RFC or Mwamba displace them on the standings.

Nakuru, who entertain Quins at the Nakuru Athletic Club, are seventh with 33 points, one less than sixth-placed Mwamba who welcome Impala Saracens today.

In Kakamega, league leaders Kabras are favourites to bag maximum points when they host a Nondescript side that is not at their best.

Kabras, who are seeking to dethrone KCB, top the 12-team table after collecting 65 points in 13 matches and are already assured of a home semi-final next month.

Despite having completed the job, Kabras’ South African coach Henly du Plessis said he will not take chances in the remaining fixtures.

“We want to change the team as we give some guys game-time. I won’t change a lot because we have the play-offs around and we don’t want to mess with the team’s momentum,” said du Plessis.

“We shall not take any of the remaining matches lightly. We want to guard our first position and it will not be easy against Nondies. We need these games to prepare ourselves for the playoffs and our loss to Homeboyz showed that you can’t underestimate anybody,” added du Plessis.

At the bottom of the table, Western Bulls and Kisumu RFC’s fates could be sealed today if they fail to register wins against Homeboyz and Kenyatta University’s Blak Blad.

Chelsea manager Frank Lampard denied on Friday reports of a rift with the...

By Rodgers Eshitemi | 21 hours ago 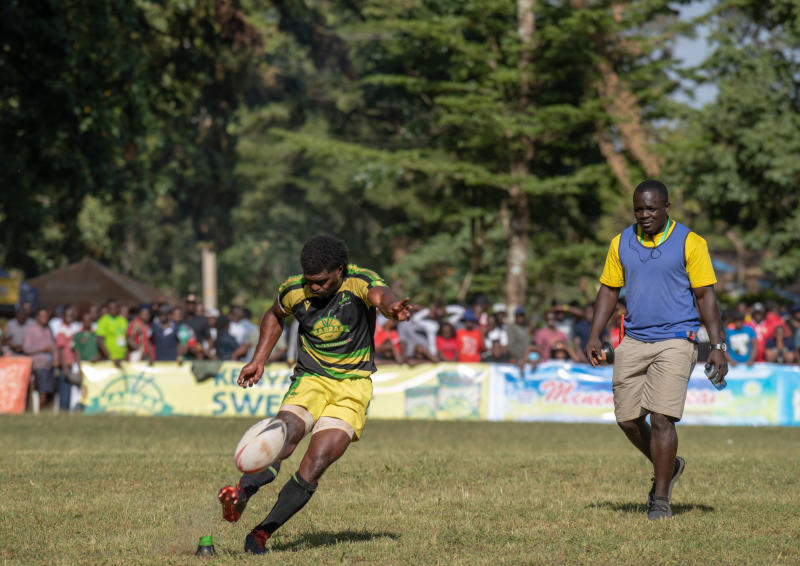